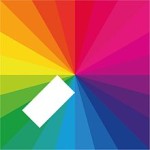 Front cover of ‘In Colour’

It’s been nearly seven years since The xx became one of the last word-of-mouth success stories in pop, their self-titled debut album capturing the hearts and minds of the public with its exploration of space, both physical and musical. While the group’s singers Oliver Sim and Romy Madley-Croft often stole the limelight with their intimate lyrical back-and-forths, the real secret to their brilliance was Jamie Smith (aka. Jamie xx)’s brutally economical production. Two albums into their lifespan and tens of thousands of miles on the road later, we get a first solo album, believed to be constructed from unused ideas lying around on his trusty laptop that he’s taken everywhere and used to document the evolution of his ideas.

But In Colour is not some specialist musical cul-de-sac for elitist hipsters, though its techniques and outlook is up-to-the-minute. Jamie xx presents an accessible, all-encompassing vision for the future of credible British dance music (out of the neon clutches of the EDM machine). The album is the best of both worlds – not only is the minimalist aesthetic immediately familiar to a fan of The xx, but the style is also distinctively his own, seeing him indulge his passion for obscurantism and crate-digging and then fusing it to his vast knowledge of the past twenty-five years of British dance music, with its kaleidoscope of sub-genres. In this way, In Colour simultaneously makes reference to his influences but points to the future.

The key to its success is Jamie xx’s use of the sampler. The very best artists use it as a weapon, deploying it at the memory centres of the brain, by taking a dated musical sample and causing associative memory triggers (even if that memory is merely received, and not actually your own). By fading these obscure samples in and out of the mix and transposing them on to a wide range of home-made beats and breaks that reference everything from dubstep and minimalist techno to house and jungle, Jamie xx is able to make deeply emotional music, instrumental soundscapes that tap in to the egalitarian founding principles of rave all those years ago, of the dancefloor as social leveller, free from the tyrannies of fashion or elitism.

But all the high-minded theorising can’t accurately describe what takes place on record, which is a constant joy to behold. Opener ‘Gosh’ uses a vocal sample from a never-broadcast outtake for a BBC Radio 1 session by DJ Ron & MC Strings, and sets it to a basic, rigid, constantly body-jacking rhythm, making what is unmistakably a chillout track despite its faintly junglist leanings. Smith’s xx bandmates contribute to three songs. Romy’s sampled vocal snippets hang spectrally over ‘SeeSaw’, a track stuffed with innovative breaks, but she has a more physical presence on the amazing ‘Loud Places’, a song displaying the same emotional vulnerability as The xx’s finest moments (“I go to loud places / to search for someone / to be quiet with”) as the beats tip slightly off-balance at the end of each chorus figure. Oliver’s contributions to ‘Stranger In A Room’ are much nearer his band’s cinematic, unintrusive sound.

Elsewhere, the steel drums of the ‘Far Nearer’ EP make a return on the gently pulsating ‘Obvs’, with Jamie xx recently acknowledging his soft spot for the instrument, capable of conveying paradise and sadness at the same time. The glacial piano figure that hangs over ‘The Rest Is Noise’ is juxtaposed pleasantly with a busy, industrious rhythm, and the result is intoxicating, like the soundtrack to some never-seen documentary. There’s also a clutch of radio-friendly moments to strike out any notion of In Colour being some highfalutin navel-gazer’s record. The most obvious of these are the dancehall / reggae chops of ‘I Know There’s Gonna Be (Good Times)’ which features the sing-song lyrical stylings of Young Thug. ‘Sleep Sound’ takes the Four Freshmen’s ‘It’s A Blue World’ and manipulates it subtly over a shapeshifting dreamscape of a rhythm.

The over-riding impression you get is of Jamie xx as master craftsman, painstakingly revising, tweaking and perfecting these tracks over years, during which time he’s accumulated more and more experience and perspective on dance music. As ever, his gift is one of economy. Absolutely nothing is present on In Colour that doesn’t need to be there, but there’s also nothing you’d even want to add. You’re compelled to revisit it over and over, in much the same way as your lungs are compelled to inhale and exhale. In Colour is as essential as oxygen, and arguably the most enthralling British underground dance record in half a decade. In time, it will surely come to be viewed alongside Untrue, Rounds and Music Has The Right To Children as an enduring classic. (9/10)

Listen to In Colour here!