REVIEW: Soak – ‘Before We Forgot How To Dream’ (Rough Trade) 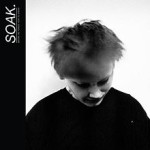 Front cover of ‘Before We Forgot How To Dream’

Bridie Monds-Watson, who records under her nom de plume Soak, has been one of the most talked-about new artists of 2015 so far. Having first gained the attention of critical circles at the tender age of 16 for the intense yet understated psychodramas of her first clutch of EPs, many harnessed their “next great singer-songwriter” hopes to her young shoulders. Wisely, Monds-Watson has elected to take her time over such an important next step in her career, releasing it soon after her 19th birthday. While Before We Forgot How To Dream displays an artistic id that’s much too distinctive and interesting to make her as big as an Emeli Sandé, it shows a great deal of raw promise that she could develop into an artist with the critical respect held for Laura Marling or PJ Harvey.

Her stage name is supposed to be a composite word of “soul” and “folk”, which is confusing as her music doesn’t particularly bear a resemblance to either, as Monds-Watson herself has admitted. Instead, her music (at its very best) has echoes of the carefree, effortless eloquence of Joni Mitchell and Joanna Newsom, with the same ear for harmony. First proper track ‘B a noBody’ opens with “the teenage heart is an unguided dart / we’re trying hard to make something of what we are”, her spectral voice well-supported by minimal instrumentation. Her lyrics are able to encompass wide observations, such as this, and biographical revelations such as ‘Blud’, where Monds-Watson relates a memory of hearing her parents argue through the floor in her bedroom (“hear the anger through the ceiling”) with her unusual vocal delivery. While it’s a wintry album largely consisting of monochrome, low-key drama and non-linear arrangements (‘Shuvels’, ‘Wait’) it occasionally bursts into radio-friendlier moments like ‘Sea Creatures’ and ‘Reckless Behaviour’, as she sings wistfully about the fleeting freedoms of teenage-hood (“we’ll go cruising / we’ll forget about losing”).

The only complaint is that the arrangements are at times a little too cluttered for their own good, with some combinations of instruments threatening to drown out her affecting but fundamentally quiet vocal style. This happens on the forgettable Fleet Foxes patter of ‘Garden’ and the rather aimless ‘Oh Brother’, the last proper track on the record, which ends things on a disappointing note. Before We Forgot To Dream is sometimes a little too shackled to the conformity of this country’s increasingly bland singer-songwriter oeuvre to be truly unique. It is much more effective when it is sparse and skeletal. But for someone barely out of their teens, Monds-Watson has created an album that impressively sounds like the product of somebody who has near-total creative control, with little in the way compromise to what others think they ought to sound like. In years to come, we might be able to point to this as the embryonic, necessarily incomplete starting point to a brilliant career. (7/10)

Listen to Before We Forgot How To Dream here!