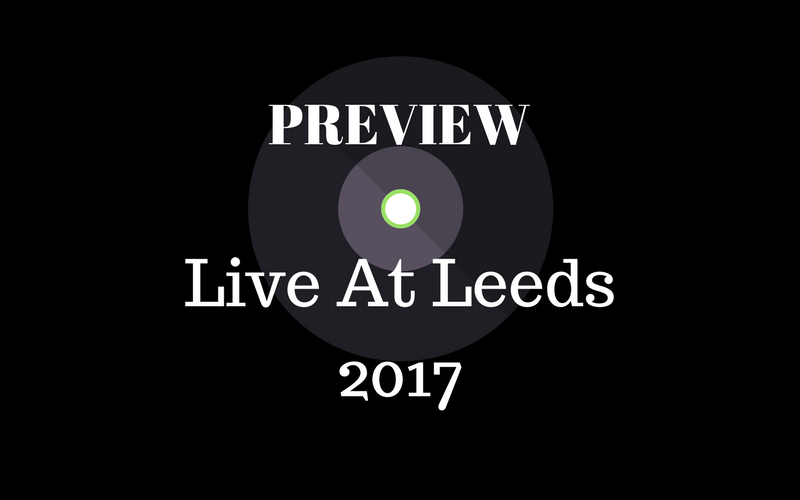 Having grown in stature and prestige year by year, the annual Live At Leeds indie and alternative music extravaganza is now in the second decade of its existence in 2017. Named in honour of The Who’s seminal live album of the same name, recorded in the unlikely environment of what is now the Leeds University Union’s Refectory, for the past ten years the city-wide event has dedicated itself to showcasing the best up-and-coming acts in the British music scene and beyond.

Taking place across 16 venues scattered across the city, more than 180 artists – some of them established, but many of them emerging – will be showcasing their talents on Saturday April 29th. This day of festivities is bookended by a show at the aforementioned Refectory by American indie titans Future Islands on the Friday, and by British stalwarts Maximo Park on the Sunday at the O2 Academy.

The main appeal of Live At Leeds every year is always that the organisers regularly do an exceptional job at identifying rising talents before they break big. The honour roll of artists to have performed at LAL, at one point or another, almost reads like a pocket ‘Who’s Who’ of British music.

Previous participants have included Sam Smith, Ed Sheeran, Mumford & Sons and Disclosure, all of whom have become regular chart-botherers to varying degrees of ubiquity. On the more indie side of things, Bombay Bicycle Club, Wild Beasts, Royal Blood, The Maccabees, Hurts, Jake Bugg, The 1975 and Alt-J have all played Live At Leeds over the last ten years – and all before they became big deals.

In 2017, that marquee name would seem to be Rag ‘n’ Bone Man, a.k.a. British soul singer Rory Graham, who won two BRIT Awards back in February on his way to scoring a chart-topper with his debut album Human, to which we awarded Best New Music.

The cerebral and smutty beauty of Wild Beasts, still sizzling off the success of last year’s album Boy King, are past masters at this sort of thing; White Lies’ gloomy post-punk monoliths will make for a perfect soundtrack if the changeable weather that is Yorkshire in April turns a bit grim; while the electrifying Slaves, off the back of their second album Take Control, are sure to be a big draw.

But LAL is never just about the big acts – the real joy is in unearthing a rough diamond, finding a band or artist you never knew you liked.

Fans of ‘90s American underground music, specifically riot-grrl and grunge, will be intrigued by British/Icelandic outfit Dream Wife; similarly, for fans of Britpop, DMA’s consistently channel the spirit of Oasis and other heroes of that time. Scabrous pop-punk comes in the shape of Vant, while Norwich-based teenage duo Let’s Eat Grandma, to whose debut album I, Gemini we awarded a 9/10 last year, will be a must-see for anybody who wants to venture off the beaten track and really get into the spirit of LAL.

So if you plan it carefully and strike it lucky, by the end of 2016 you might be saying to your friends that you saw the best new guitar band before they did.

In the spirit of such hipster-dom, here’s a Spotify playlist of artists we love who are playing this year’s festival!