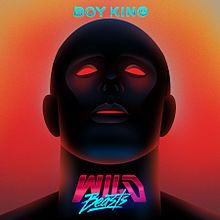 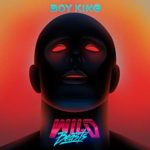 Five albums and nearly ten years into their career without making a single mis-step in artistic terms, Wild Beasts are one of the most trusted musical brand in Britain today. Having dazzled critics and won over new fans with their second and third albums, Two Dancers (2009) and Smother (2011), characterised by sensual, ambient guitar pop and smutty, self-effacing vocals and lyrics. 2014’s Present Tense pitched their sound a bit further into electronic, synth-based territory and became their first Top 10 album in the UK. Two-and-a-bit years on, lead singer Hayden Thorpe and his bandmates agreed that a re-think was in order, decamping to the seemingly incongruous surroundings of Dallas, Texas with esteemed American indie producer John Congleton (St. Vincent, Swans) in charge, somebody who had never heard the group’s music before and who could approach the task without bias or prejudice. It appears he has picked out the band’s rhythmical approach to focus upon and emphasise above all else – and it works well.

Dealing with the self-destructive consequences of modern masculinity and the crisis of an entire gender, Boy King continues further down the path that Present Tense had committed them to, but presses down on the accelerator and introduces even more previously foreign elements to their sound. Many tracks are reminiscent of the more experimental end of the ‘70s and ‘80s pop, like Talking Heads and Sparks, and even at times take their rhythmical cues from classic West Coast hip-hop. Lead single ‘Get My Bang’ is the most obvious and radical sign of this change, sounding quite startingly different to what we’ve come to expect from Wild Beasts. Touching on those aforementioned themes of masculinity, ‘Tough Guy’ goes “You know the route well / so you follow the old path to a new hell”, a track that includes some of the strangest guitar sounds the group has produced yet, similar to the stadium-metal-lite of the late ‘80s – a disposable throwback feel also keyed into by the font and artwork on Boy King’s front cover. The intricate rhythm of ‘Alpha Female’ plays like an update on the theatricality of Sparks, while ‘Ponytail’ is built on a really weird distorted vox sample but builds into a typically quirky beauty.

The muscularity of these new, harder and even more satisfying grooves counterpoints interestingly with the fragility and wanderlust of Thorpe’s vulnerable falsetto. The lascivious, low down and dirty rhythm of opener ‘Big Cat’ touches upon socio-economic commentary only tangentially, with its “big cat’s up in the food chain” chorus. On the more conventional side of things, the majestic ‘Celestial Creatures’ is built from a shimmering guitar line and bubbling keyboards, swelling gradually into something very familiar to old Wild Beasts fans. ‘He The Colossus’, with a prowling, predatory rhythm, is sleazy but beautiful in the vein of Two Dancers, while the gossamer textures of closer ‘Dreamliner’ bring proceedings to an incredible end. If there’s a weakness in Boy King, it’s simply that not every single track is as brilliant as these: ‘2BU’ and ‘Eat Your Heart Out Adonis’ are not spectacular, but are merely extremely solid.

Until this point, Wild Beasts have tended to evolve by increments, adding or taking away elements of their previous sounds rather than overhaul it wholesale. Boy King, however, feels like a much more radical move than anything they’ve attempted in the past, with a clear decision taken to explore the more rhythmical side of their existing sound. As such, it is artistically daring but unmistakably of a piece with their earlier work – pretty much a textbook study in how to stave off mid-career complacency while keeping the faithful onside. Boy King is yet another extremely good Wild Beasts album, and the danger is that we might not appreciate this long, rich vein of form until it stops, something which we’ve got no reason to think will happen any time soon. (8/10)

Listen to Boy King here via Spotify, and tell us what you think below!