REVIEW: Dinosaur Jr. – ‘Give A Glimpse Of What Yer Not’ (Jagjaguwar) 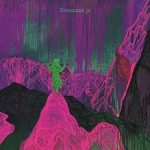 If anything has been shown since the third coming of Dinosaur Jr., it’s that they haven’t missed a beat since the three-piece’s ‘golden era’ in the late ‘80s. 2007’s Beyond was a mature record full of floating melodies, the following Farm (2009) and I Bet On Sky (2012) were dazzling in their experimentation. Give A Glimpse Of What Yer Not may not bring anything new to the table, but it does represent the culmination of the band’s decade-long resurrection.

GAGOWYN is a loud and melodic record that unsurprisingly relies on the intricate guitar work of J Mascis, and that is no bad thing; second single ‘Going Down’ ushers in the record with chugging guitars and crashing drums. It represents the heavier side of the Massachusetts band and is a more than welcome entry into the catalogue of great rock songs penned by Mascis. There are also signs that Lou Barlow is at his peak with the gorgeous guitars and layering of ‘Love Is’ contrast excellent with its dark bass intro providing a mid-album highlight. Meanwhile closer ‘Left/Right’ is a disjointed and catchy cut, the guitars pierce through in the breakdown, while the instrumentation of the verse/chorus demands the album to replayed.

Elsewhere we see the American Football-tinged calmness of ‘Knocked Around’ and ‘Be A Part’, two songs which would have belonged on Farm and make a welcome change from the wall of noise provided by Mascis and Barlow’s instrumentation. There is the occasional misstep, however. ‘Take A Walk’ trudges along with the vocals not quite matching the darkness of the riff –which in itself feels like a rehash of times gone by. But when Dinosaur Jr are still able to write the riotous pop of ‘Tiny’ all can be forgiven; it’s tight, it’s memorable, it’s one of the best things Mascis has ever written.

GAGOWYN represents an album which sees this become the longest stint that Dinosaur Jr. have ever been on, but more importantly it also represents the peak of a decade of experimentation into the craft of alternative rock. Yes, there is the occasional pitfall, but the highs of album no.11 more than outweigh the lows. (7/10)

Listen to Give A Glimpse Of What Yer Not here via Spotify, and tell us what you think below!