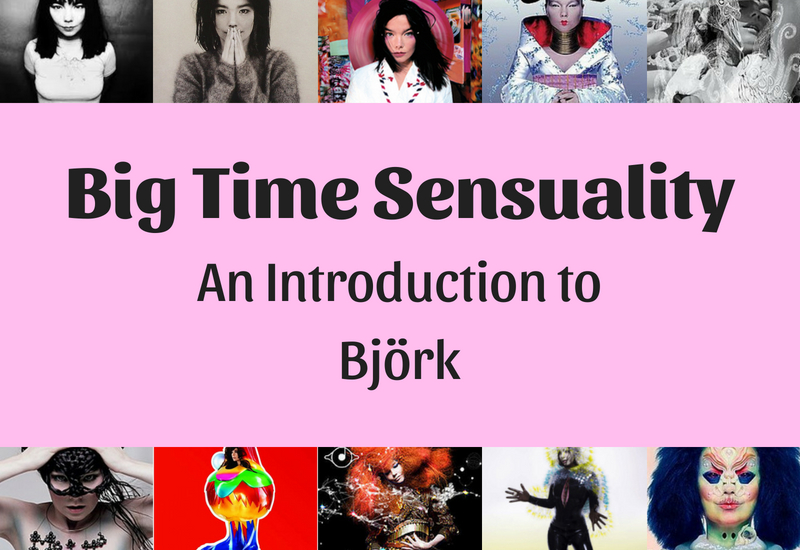 One of The Student Playlist’s favourite lenses through which to analyse the careers of pop’s all-time greats is the idea of ‘the imperial phase’ – that period in which absolutely everything the artist touches turns to gold, effortlessly unleashing masterpiece after masterpiece and churning out the hits. For example, The Beatles’ imperial phase lasts from the first stirrings of Help! in early 1965 to the aftermath of ‘The White Album’ in late ’68; Dylan’s golden age covers the three LPs from Bringing It All Back Home to Blonde On Blonde where he forged the myth of the rock star itself; the Pet Shop Boys, whose Neil Tennant originally coined the phrase, reeled off hit after hit from 1986 to 1989. However long or short it lasts, every great artist has an imperial phase, and once it’s over, it’s almost always gone for good.

The only exception to this theory is the career of Björk, whose imperial phase has never ended. In a solo discography that stretches back a quarter of century and nine studio albums, and even beyond that to her time in alternative rock act The Sugarcubes, the Icelandic superstar has never released anything below the bottom-line standard of ‘very good’. Always fearless in her creativity, Björk Guðmundsdóttir is an artist in the true sense of the word, someone who uses her platform and previous achievements to challenge her fanbase, to whom the idea of resting on her laurels has probably never crossed her mind, even for a millisecond.

Across Björk’s career and her many self-reinventions and stylistic makeovers, there’s a continuous strand of progressiveness in her artistry, a willingness – no, an iron determination – to not conform to anybody else’s idea of what she should be. While she almost always creates in collaboration with others, her albums have always shown that she completely retains control of her artistic vision. Everything she’s ever done, from the joyous cutting-edge pop of Debut to the ice-cold electronic suites of Homogenic; from the vocal fantasias of Medúlla to the modern R&B constructions of Volta; and from the crestfallen Vulnicura to the warm serenity of her most recent album Utopia… all of these works are distinctively hers, and couldn’t have been created by anyone else.

In this way, it’s correct to think of Björk as an ‘auteur’, a term normally applied to film directors when you can instinctively tell that every single aspect of their movie, from themes and dialogue right down to setting and technical minutiae, is an expression of their individual vision. In Björk’s case, that goes far beyond the music itself and right down to presentational and promotional aspects. Take 2011’s Biophilia album, for example, which was released in conjunction with an interactive app with its own educational program. While her albums and small galaxy of fabulous singles cover everything from pop and electronica to trip-hop, IDM, avant-garde and all kinds of world music, there’s also the myriad music videos, the lavish sensory overloads of her live shows and the embrace of technologies years ahead of their wider adoption in pop. All of it is distinctively her.

Then there’s that voice. That amazing range, which can go from wracked emotional pain and throaty howls to intimate, seductive whispering, taking in soft, baby-like sighs and imp-like utterances along the way. Unique to her, it’s the tool by which Björk is able to draw us in to these universes of her own design, acting as a multiplying force for her themes and visions.

In the traditionally male-orientated world of music journalism and writing, however, Björk is often depressingly under-acknowledged as a driving force in the creation of her own work, something she herself has ascribed to her simply being a woman. Whether it’s Nellee Hooper, Matmos, Mark Bell or Arca, the brilliance of her albums was in the past too often attributed to her producers, as if Björk is some kind of avatar, a projection with a Wizard of Oz-style guru pulling the strings and levers behind the magic curtain. This view, as well as the wider general view of women in music in general, is gradually changing in a more aware music industry, but for too long the popular media image of Björk was simply as a ‘pop pixie’.

While that perhaps harmed her reputation as an artist, that image certainly didn’t hurt in purely commercial terms, particularly during her highly successful Nineties. To date, Björk has sold roughly 40 million albums around the world, picking up 14 Grammy nominations, five BRIT Awards and one Polar Music Prize. She’s even secured an Oscar nomination to her name, for Best Original Song (her duet with Radiohead’s Thom Yorke on 2000’s Selmasongs soundtrack to Lars Von Trier’s Dancer In The Dark, a film for which she also won the Best Actress category at Cannes).

The extra-musical aspects of her output, the way it plays on as many of the human senses as possible, means that Björk’s music often generates intense devotion and fervent fandom. This once spilled over into outright mania, evidenced when the singer narrowly dodged an acid-bomb that a crazed fan named Ricardo Lopez mailed to her in September 1996 but which, thankfully, was intercepted by police. Perhaps there is something in the old adage about the nature of great art to provoke extreme reactions, inexcusable as they might be.

For the overwhelming majority of the time, though, Björk’s fanbase draws positive conclusions from her music, with a diverse following spanning all ages (from my personal experience, limited as it is, evidenced by the age ranges present at her 2018 All Points East headline set) and speaking to cultures all around the world. There’s also a notably strong LGBTQ+ base, for whom Björk’s confidence and constantly changing music and image acts as an inspirational beacon.

It makes no sense to try to rank her albums from worst to best, because something would have to come bottom of that list, and the idea of a ‘worst Björk album’ simply isn’t the way to think about her work. Rather, it should be considered as a continuum, a story that is still being told today.

On the next page, therefore, is a chronological guide to Björk’s nine studio albums (excluding the juvenilia album she recorded in 1977 at just 11 years old, which is extremely difficult to find and, frankly, not worth doing so). Furthermore, we’ve compiled the most fleeting of ‘Introduction To’ playlists over at Spotify to give newcomers a rough overview of her evolution.