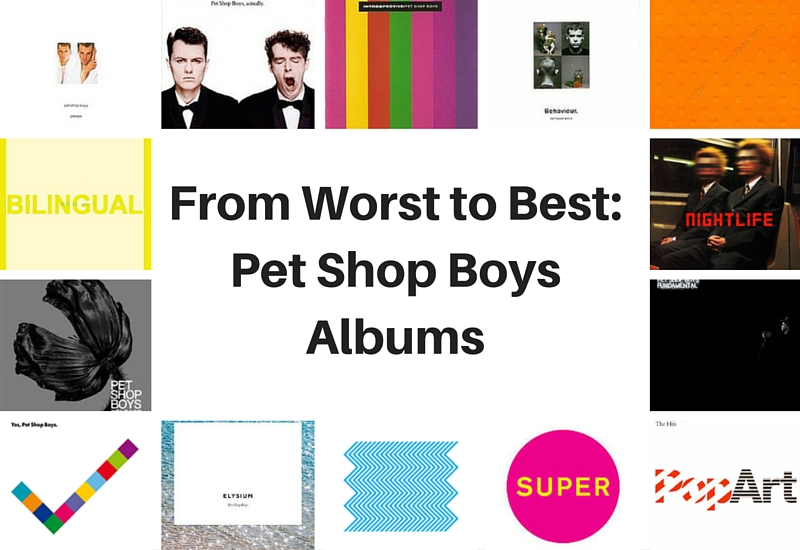 Having recently passed twin milestones – the release of their thirteenth studio album Super and the 30th anniversary of their first, Please – it seems like the ideal time to take stock of the Pet Shop Boys’ career and their impact on pop music. Neil Tennant and Chris Lowe have adapted to keep themselves on or ahead of the curve for three decades, and still retain that sense of distance, mystique and unknowable-ness that used to characterise pop stardom, before inane airheads could digitally regurgitate every pointless thought, memory and tiny piece of information debris in the name of connecting with their audience.

With their memorable ‘Top of the Pops’ debut in early December 1985 with ‘West End Girls’, an immortal pop classic, they notched up an astonishing run of 42 consecutive UK Top Forty singles over the following 25 years, with all but three of those peaking inside the Top Twenty. Making another 57 ‘TOTP’ appearances in that time, singer Tennant and programmer Lowe are nothing short of a pop institution, and a quintessentially English one at that, rightly enjoying a reputation as one of the very finest singles bands of all time – if not the finest.

For all the glamour and flamboyance that has surrounded the performance aspects of their work, there’s always been something dramatic and yet incredibly understated about the music itself – a rain-lashed, depressed melancholia crossed with an irrepressible romanticism that finds beauty in the tiniest details of everyday, humdrum life and seeks to elevate the soul above that. Like Jarvis Cocker or Alex Turner, Tennant is a great storyteller, but as a performer he seeks to transcend reality, like all the greatest pop music. With a perfect creative foil in the form of the reticent Chris Lowe, they were totally uncynical and comfortable in their hedonistic abandon, unlike a lot of self-consciously heterosexual rock acts. Put simply, Pet Shop Boys could not have come from any other country in the world.

But what of their albums? Many argue, often reflexively and without thinking, that Pet Shop Boys is a singles band rather than an albums band. Given some of their more uneven output as the noughties arrived, it’s hard to escape that conclusion at first glance. However, it’s also unfair to dismiss them out of hand on that basis, as if being ‘merely a singles band’ precludes them from being regarded as one of the all-time greats. Making memorable hit singles, especially for as long as Tennant and Lowe have, is an art unto itself, and one that nobody else has mastered as well as them. Because they’ve always operated in a field that is often viewed snootily by rock critics, doesn’t mean they should be ignored.

Although it’s a matter of personal taste as to whether one thinks they’ve ever made a great album, they’ve certainly never made a bad one, and many are highly enjoyable, objectively speaking. Their ‘80s and early ‘90s LPs running from 1986’s Please to 1993’s Very, in this publication’s opinion, are in need of critical re-evaluation, representing this fine band at their imperious best. But even the Pet Shop Boys’ weaker efforts are a cut above most others, with most of their comparative failures coming as the result of Tennant and Lowe having ideas above their station, of ambition exceeding grasp, rather than simply not trying, like the latter-day efforts of so many others who started their careers at the same time as they did. Pet Shop Boys may have begun their career in the synthpop zeitgeist of the ‘80s, but they’ve remained remarkably loyal to their sound, frequently updating it but never thinking of abandoning it out of fashion or expediency.

So let’s explore the output via their less-appreciated medium, from one of Britain’s finest ever bands. From worst to best, here are the thirteen Pet Shop Boys studio albums!

Also, if you have a Spotify account, please enjoy a super-condensed career highlights playlist, designed for newcomers to the Pet Shop Boys.