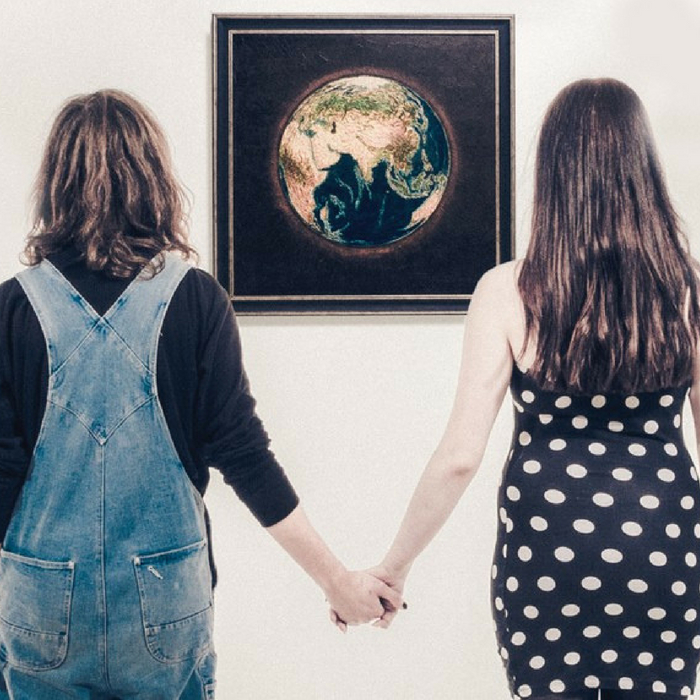 “Songwriting can often be dictated by the environment you grow up in or the social/political climate. It does currently feel like there is a wave of bands taking things back into their own hands again and reclaiming control. This is exactly how the first wave of punk was born, people will only take being walked all over and lied to for so long before they snap and make their frustration heard.” These are the words of Jazz Miell, frontman for recent Southend art-punk band Asylums, who broke onto the scene with their debut Killer Brain Waves back in 2016. The above quotation was taken from an interview the band did with The Independent regarding their sophomore release Alien Human Emotions, which comes across as a more mature effort.

Before, Asylums infused the rebellious aspects of punk which was demonstrated expertly on their first single release ‘The Death Of Television’: hard, fast and energetic, and all in the space of a minute and a half. Now, though, Asylums have also emulated a Cribs-style production that can be likened to that of the Wakefield trio’s fifth album In The Belly Of The Brazen Bull, in the sense that it has a live, spontaneous feel to it. Cribs fan should take heed of this new release!

The band are leaving Earth in the opening track ‘Day Release To The Moon’, re-evaluating Earth’s current state on a trip into outer space (“Let’s go up into the sky”) asking themselves: what the hell is going on down there? The guitar chords in this song are as strong as the sentiment and relevancy that rides along them. The album artwork, where a couple is staring at a painting of the Earth, links well with this train of thought. ‘Millennials’ evokes a rather different slacker-rock vibe that deals with the disillusioned millennial youth or, as the media sometimes like to call, ‘The Lost Generation’. This slacker vibe is counteracted by the fierce nature of ‘Napalm Bubblegum’ and ‘Critical Mass’ which projects the anger of millennials because of the world around them.

In the same aforementioned Independent article previously, Miell referenced Brian Eno’s Thursday Afternoon album as an influence on the album’s more ambient moments, which crop up predominantly on the closing two tracks ‘Sexual Automation’ and ‘The Company You Keep’. The latter of which is embodied by the lyrics “Now it seems true friends will never let you down / You can lose your way following the crowd”, recognising the superficiality and fickleness among certain friendships because one person follows the trends and societal norms whilst the other rejects them. Ultimately, the only counsel you can ever truly keep is yourself.

There is never a dull moment on this album. Asylums persuasively embolden the social and political issues that exist today through an enchanting as well as agitated and frenetic approach. What defines Alien Human Emotions in contrast to other modern social/political albums is the effervescing and piquant charm behind it. If you enjoyed Parquet Courts’ politically-charged Wide Awake! earlier this year, then you cannot miss this album. (8/10) (Harry Beynon)

Listen to Alien Human Emotions by Asylums here via Spotify, and tell us what you think below!