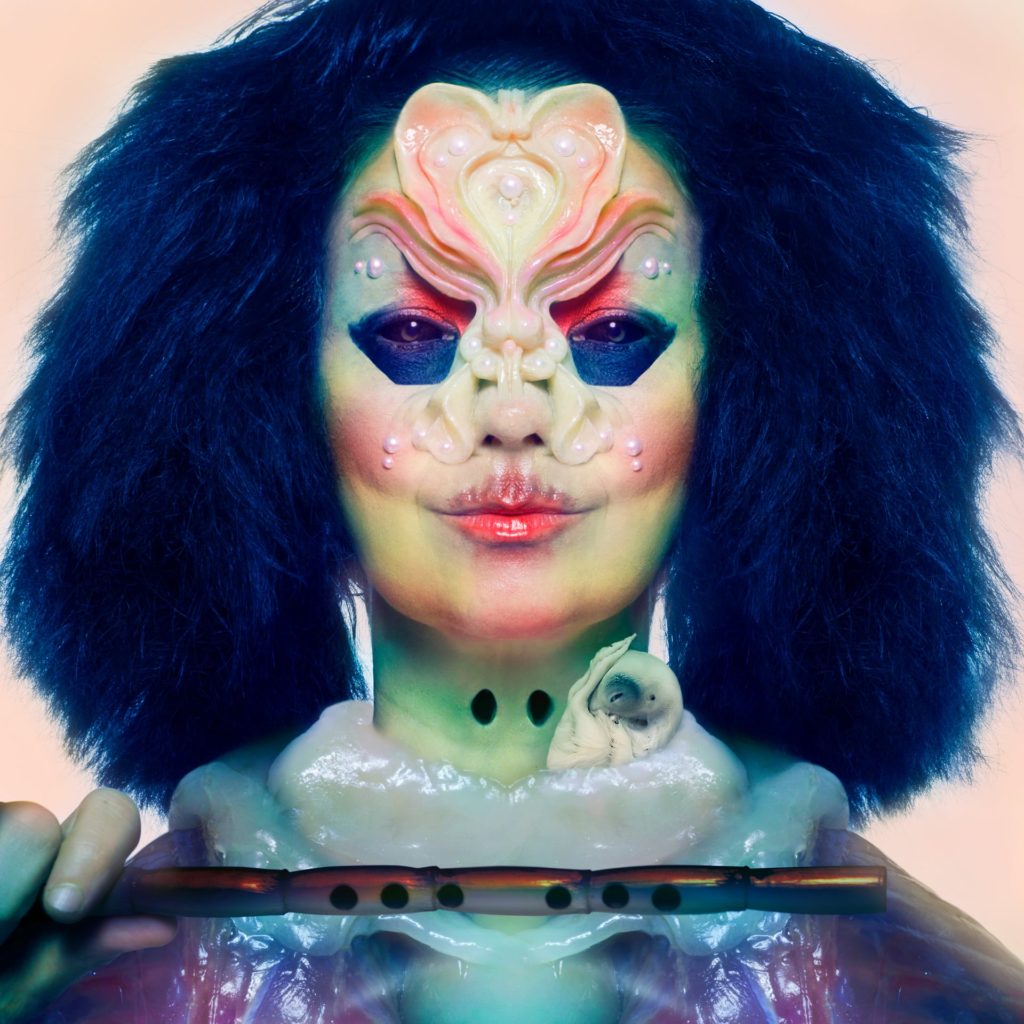 Björk’s flute-heavy ninth album ‘Utopia’ is one of her most enchanting and meditative to date.

Two years since lamenting the demise of a long-term romantic relationship on the critically-acclaimed Vulnicura, Björk has returned with her ninth studio album Utopia, which finds the prolific Icelandic artist healing more often than hurting. At 71 minutes, it’s the longest album yet in her 40-year career, and while its sprawling length may be daunting to more casual listeners, many will surely find it to be one of the most enriching, emotive and unique records of 2017, as Björk envelops you into her world with an oceanic, blissful musical tapestry that is as detailed as it is epic.

FKA twigs and Kanye collaborator Arca has returned to handle production, and his ear for the left-field has blended perfectly with Björk’s thirst to progress the boundaries of art-pop, as the pair seamlessly interweave glitchy, kaleidoscopic electronics with enchanting flute choruses and otherworldly animal samples. ‘Arisen My Senses’ is a seductive first chapter, with utterly hypnotic vocals and the expansive electronics alluring the listener into Utopia, as if into a flourishing secret garden.

Björk’s angelic voice is as unmistakable as ever, and feels as much like an instrument as anything else in the mix. She unfurls, adapts and dances across the diverse instrumentals with the patient, soothing heat of poured candle wax, maintaining a ballerina-like grace that expresses both vulnerability and strength. The somewhat haunting lead single ‘The Gate’ is one of the finest examples of this, building from its ambient opening to a chorus that aches as Björk pleades for her affection to be reciprocated (“If you care for me, care for me/And then I’ll care for you, care for you“), and is mirrored visually in its typically trippy music video.

It follows ‘Blissing Me’, one of the most intimate tracks on Utopia, which opens with a gentle harp alongside vocal layers that serve to make her poetic lyrics all the more intriguing; stylistically and thematically calling back to older songs like ‘Cocoon’. She tells the tale of the thrill felt when falling for a new lover, before exposing her anxiety over the uncertainty of the future and impending heartbreak, and questioning whether she is simply in love with the possibility of being in love again. ‘Body Memory’ is equally stunning, creating a vast soundscape that seems to express the untameable power of nature and our primal desires, while ‘Courtship’ and ‘Tabula Rasa’ have some of the most majestic flute passages on the record.

While Utopia does feel like something of a sequel to Vulnicura, it very much inhabits its own world, and sees Björk penning some of her most personal and spellbinding songs to date. Its pace and length may make it more of a “grower” than some previous efforts, but it becomes more emotionally resonant with each sitting, and very much feels suited for listening during times of meditation and solitude, and will surely delight long-time fans. At 52 years old, Björk is still creating some of the most consistently surprising and powerful alternative music of our times, and Utopia is yet another inventive addition to her near-flawless discography. (9/10) (Woody Delaney)

Listen to Utopia here via Spotify, and tell us what you think below!