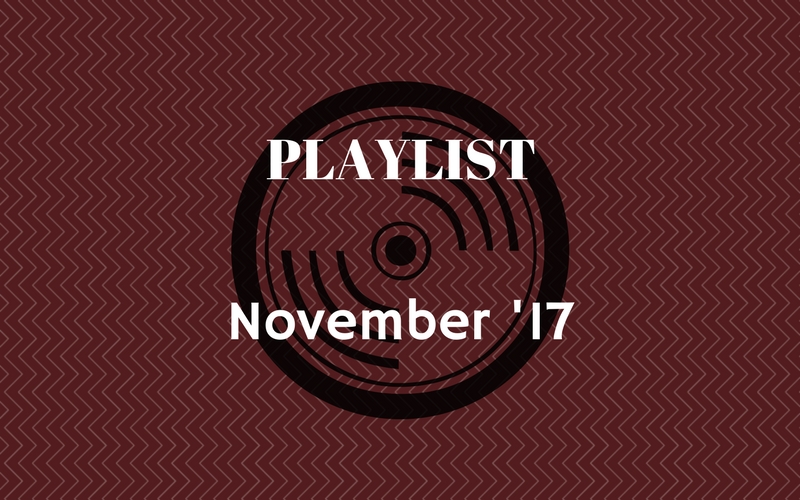 So, 2017 is almost over. The release schedule winds down after November, appalling Christmas music begins to dominate the background of public life, and it’s almost time to look back upon the year’s music and fill those all-important Top 50 lists.

As a result, there will be no December playlist, but our Top 50 Tracks of 2017 feature will include a playlist of all the highlights of the year gone by.

However, there is one more month’s worth of awesome new music to attempt summarise in a few paragraphs – all of which points to an exciting 2018!

Starting with Yorkshire, alternative psych-influenced rock outfit Hookworms finally released details of their upcoming third album Microshift, set for release in February. With lead singer MJ detailing a battle with writer’s block, plus the complete ruin of their Leeds studio in the floods of two years ago, explaining the lengthy lay-off after 2014’s The Hum, it’s terrific that Hookworms are back on their feet.

Former Mercury Prize winners Young Fathers dropped a new track ‘Lord’, a slow piano-based piece that either indicates a radical direction shift or a complete red herring ahead of an as-yet-untitled third album, presumably to be released early doors in 2018. Sunflower Bean, one of the most accomplished indie newcomers of last year, revealed a new track ‘I Was A Fool’, their first new material since signing with Mom + Pop Music earlier in 2017.

There’s also a number of intriguing-looking co Poliça and Stargaze revealed details of a collaboration record The Long Emergency; another collaboration in the form of Alien Stadium, representing a love-in between members of two of the best alternative British bands of the Nineties – The Beta Band’s Steve Mason and Primal Scream’s Martin Duffy – appeared in November. Bat Fangs, a collaboration between members of Ex Hex and Flesh Wounds, will also drop a record in the new year.

Lastly, noughties hip-hop icon Eminem revealed what his lengthy teaser campaign has been leading up to – his ninth studio album Revival, and first in more than four years, will be out on December 15th!

Check out our Spotify playlist of all the best new music from November 2017!