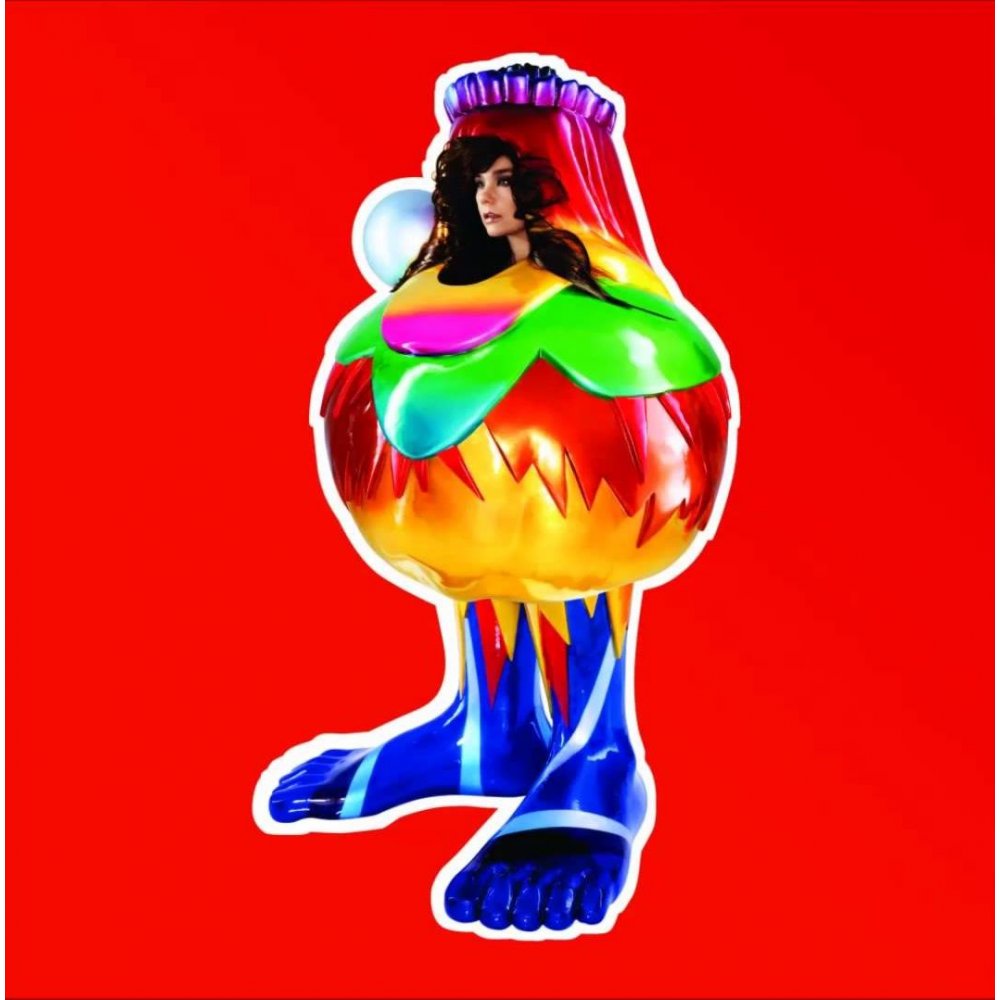 Although her musical achievements have rarely been expressed by sky-rocketing sales, Björk has become one of the most authentic, startlingly original and consistently successful musicians of her era. With every single release, the Icelandic star has been proving that not only is she always capable of delivering material of the highest standard, but also that her music cannot be easily defined or narrowed down to a specific genre.

Björk’s music, right back to her time in The Sugarcubes in the late 1980s, has been celebrated by many and probably misunderstood by even more. However, it would be hard to find a person who has not once heard of the eccentric, charismatic and driven by the pure notion of creating art, musician from Iceland. Since the captivating 1993 attempt to understand ‘Human Behaviour’ on the Debut album, Björk found her own, unique way of growing as an artist and showing her own interpretation of art, music, and even humanity.

Volta which was released in 2007, was anticipated by the audience, often due to the variety of collaborators included on the album, such as Chris Corsano, Konono No. 1, Brian Chippendale, Antony Hegarty, Toumani Diabete, Min Xiao-Fen, as well as a ten-piece brass band, and most notably, hip-hop and R&B producer Timbaland. Different things were expected from the record at that time, and rumours had it that Björk would present pop material with hip-hop influences.

Even though Volta can remind of Björk’s early work, Debut and 1995’s Post, which are said to be more pop-influenced than most of her latest material, it is an album written by an artist with a lifetime of experiences and a clear vision and direction in mind. Three years earlier, Björk had released Medulla (2004), a record which stepped away from the musician’s famous relationship with rhythm, and presented songs which were largely, and sometimes entirely, vocal-based. On Medulla, Björk’s fearless approach to experimentation was once again exposed, and ultimately brought her back to record yet another album, energised and expressive Volta.

The opening track on Volta makes it clear that Björk was once again on more than friendly terms with the rhythmic patterns. ‘Earth Intruders’, produced by Timbaland, begins with the sound of marching, where Chris Corsano’s intense and urgent percussion blends perfectly with Björk’s chanting about “feet thumping” and “grinding sceptics into the soil”. The track is full of tribal references and introduces listeners to Björk’s perspective on what humanity really is – a tribe of animals scattered around the Earth. It’s hard not to believe her when a slightly agitated and ominous ‘Vertebrae By Vertebrae’ picks an image of a beast apart. The percussion creates an almost dramatic atmosphere, while the singer reflects on the beginning of humankind, and what appears to be some of the people’s biggest fear – the destructive power of nature.

When ‘Hope’ and ‘Declare Independence’ come up, Volta becomes a truly intense experience, revealing a more disruptive and political side of the album. On the first track Björk doesn’t shy away from painting a picture of a pregnant suicide bomber and questions about the philosophical implications of such an act emerge: “What’s the lesser of two evil? If she kills them, or dies in vain?” The following song, ‘Declare Independence’ is one of the highest points on Volta, which also became a cause of controversy during some of Björk’s live performances in China, pointedly dedicated to the struggle for Tibetan autonomy. A robust electronic beat accompanies the singer, who once again can be heard chanting, this time encouraging to “Make your own flag, raise your own flag, declare independence”.

Although, the theme of reconnecting with our animal sides and references to tribalism may not resonate with everyone, Volta is definitely one of Björk’s most accessible records, although not as pop-cantered as some may have expected it to be. For Björk, the album was yet another chance to expand, both musically and emotionally, touching on topics close to her heart while experimenting with instruments and rhythm, and collaborating with an entire catalogue of other writers, producers and musicians. Regardless of what the inspiration behind Volta was, or any other of Björk’s musical achievements, one thing always remains constant – the authentic approach to her craft and an unapologetic excellence and talent, the two characteristics that have defined her from her early days right through to the present day.

Listen to Volta here via Spotify, and tell us what you think below!