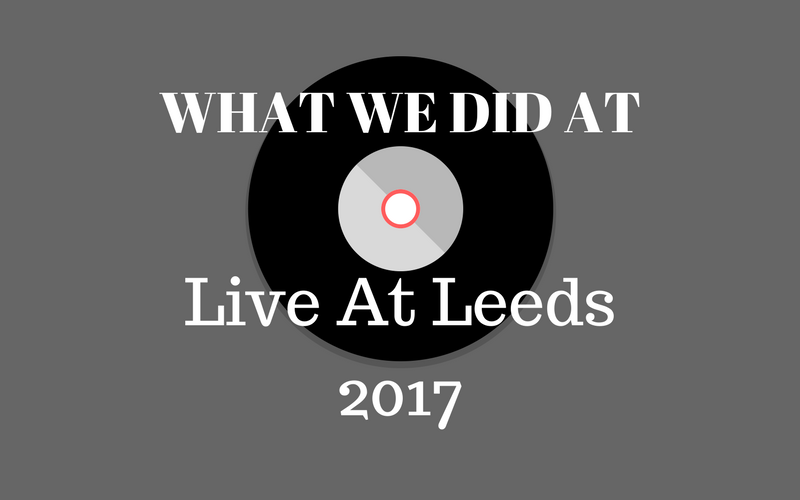 Saturday saw the return of metropolitan music festival Live At Leeds returned for its 11th edition and as usual, it was a day to celebrate all the good music coming out of West Yorkshire and beyond…

The day began on a high as Leeds buzz-band The Golden Age Of TV more than justified their hype. Their set was a great sign for what was to come as the inexperienced act gave a live experience to remember; from the frantic guitar punching of Ryan Bird (who would end the set on his knees in the crowd) to the confident vocal of Bea Fletcher the five-piece, in front of a sizable crowd at the Brudenell Games Room, will be much further up the bill in a years’ time.

Onwards to Headrow House, taking to the stage for just the second time ever was 21-year-old newcomer Lamia. Integrating deep electronica with candid, brooding vocals, Lamia’s James Blake/Massive Attack infused atmospherics are dark and foreboding. Her timid introductions to each track are neutralised by her wonderfully piercing inflection leaving no hushed onlooker unengaged.

Next were Australian duo Kllo. Dropping in amidst their UK tour, the cousins from Melbourne Chloe Kaul and Simon Lam radiate a well-honed chemistry. Each are calm and composed in a visual and sonic harmony, Kaul’s smoky vocal accompanied by the flowing beats of Lam’s drum machine. Having been picked up by the Guardian last year as a triumphant revivalist of early UK garage, the mix of old front runner tracks like ‘Bolide’ and new additions to their developing back catalogue proved their resilient promise as an artist.

As the evening drew in fellow Oceanic group Fazerdaze took to the Leeds Beckett stage and delivered a solid set of indie-pop hits. From the early-Wolf Alice sounds of ‘Little Uneasy’, to the dream pop infused ‘Lucky Girl’ and ‘Reel’, Amelie Murray delivered a wonderfully charming set.

Next up were Brighton band Fickle Friends who, to confirm their status as the next big thing coming out the UK, attracted a huge crowd at Leeds University Refectory. Confidently striding through established hits ‘Cry Baby’ and ‘Swim’ and future hits in single ‘Hello Hello’ the five-pieces electro infused style of pop will only be attracting a larger crowd in months to come.

Upon approaching the magnificent Live at Leeds Church venue, it didn’t take long to realise that it wasn’t going to be an exactly spacious experience. Jammed packed next to an additional thousand onlookers, the arrival of psychedelic rockers Temples was met with deafening roars of complete pandemonium. However, James Bagshaw’s faux-rock star swagger didn’t always live up to the music’s quality. The crowd crushing performance consistently peaked and lulled showing clear indication to which tracks belonged to their career exposing debut compared to their less inspiring follow up. Though there were highs of drawn out guitar breakdowns, their last song and crowd favourite ‘Shelter Song’ lacked punch and revealed a feeling of narcissistic intentions rather than fulfil any obligation to integrity.

Superfood failed to be worth the wait after performing thirty minutes late at the Nation of Shopkeepers stage. Opener ‘Lilypad’ set the tone with its lethargic guitar sound before an over-reliance on clear Britpop influences saw the band’s newer material merge into one. Still, early singles ‘Bubbles’ and ‘Superfood’ ignited the bumper crowd into a state of frenzy to show just why the Birmingham band were ones to watch some four years ago.

Scottish punk duo Honeyblood return to Live At Leeds in fine form. As always, it’s a mix of soft pleasantries and coarse sandpaper. They seem to make the two fit together without any idea of opposing concepts. They started loud and ended even louder, filling Stylus’ ground floor and elevated balconies with the flailing limbs of approving onlookers. Leaving no doubt that their drive hasn’t been lost since their 2014 debut, they continue striding forward as a British girl power favourite.

Showing just how far they’ve come in the past two were The Big Moon, from playing the ‘BBC Introducing…’ in front of 10 people at Leeds Festival in 2015 to packing out the Brudenell Social Club late into the night. It’s easy to see why as well, the four-piece were on fine form on the back of their excellent new record Love In The 4th Dimension; set opener ‘Silent Movie Soon’ and ‘Nothing Without You’ ignited the crowd and there was no looking back from the London outfit. The personality of the band on tracks ‘Madge’ and ‘Pull The Other One’ provided moments of humour in a set laden with guitar pop bangers. Closing with tracks ‘Bonfire’ and new single ‘Sucker’ the night ended on a real high with everyone in attendance pogoing and singing along like their lives depended on it.

Lastly were Bahraini multi-instrumentalists Flamingods. It felt like a shame that an artist with such sonic and visual flare performed to such a sparse audience at the Leeds Beckett stage. However, those who had taken the time to check it out left far from disappointed. The entire set was a pick and mix of surprises. From the bizarre fusion of modern psychedelic rock and traditional Middle-Eastern instrumentation, the continuous rotation of band members on stage was consistently captivating. Strangely, anticipated tracks such ‘Jungle Birds’ appeared as more of an afterthought whereas what felt like improvised extensions to later tracks bore overpowering organic quality. Despite the audience’s scattered attendance, room to dance proved to be a welcoming addition. (John Tindale and Ollie Rankine)