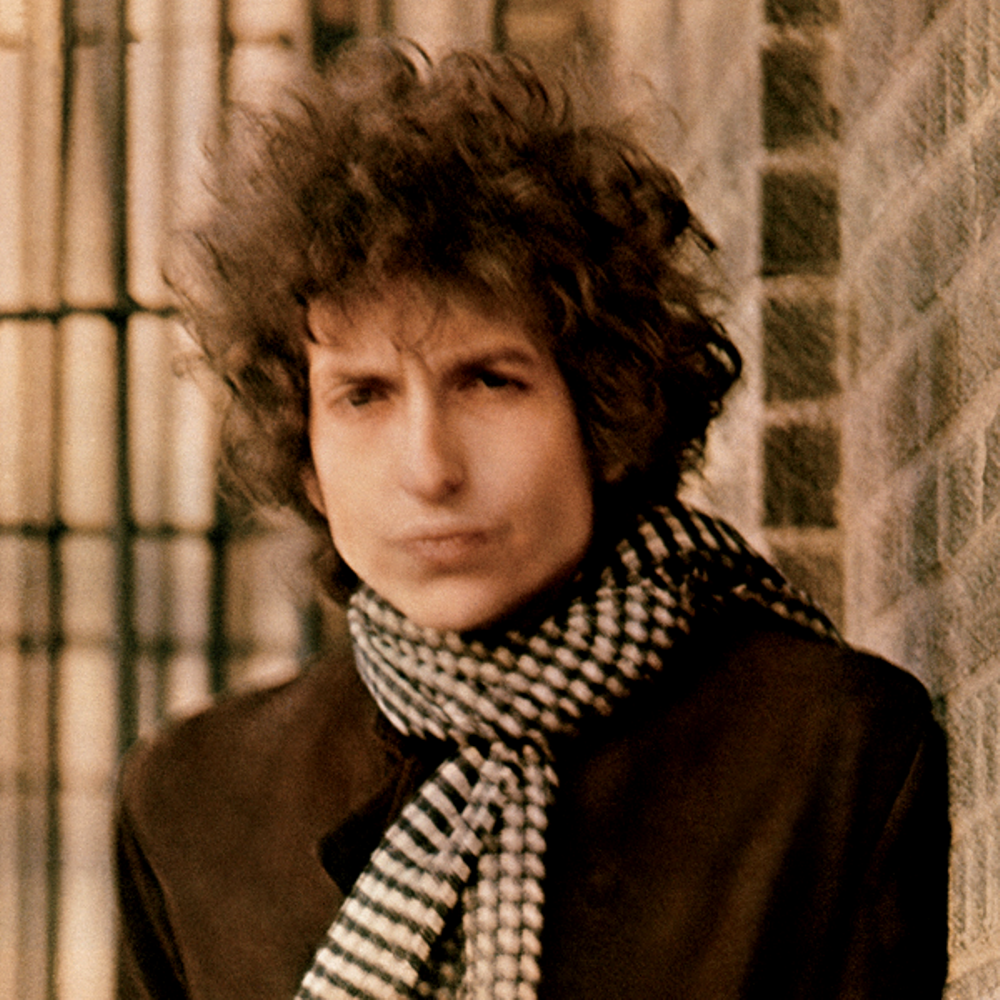 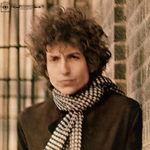 The final instalment of the triptych of masterpieces that made up Bob Dylan’s imperial phase of the mid-1960s, Blonde On Blonde is arguably the most impressive album he has ever recorded. Thought to be the first ever ‘double album’ in rock history, his seventh album is an exhaustive (but not exhausting) tour through Dylan’s ever-evolving musical and songwriting repertoire. Inventive, sophisticated and cryptic, it raised the bar for other artists as a vision for popular music as a whole, equipping them with a musical manual they used to be progressive and experiment with pop and succeed at the same time.

Recorded with the backing of his touring group The Hawks and a team of crack session musicians, the most significant change from the raw, thrilling Highway 61 Revisited the previous summer was the inclusion of Robbie Robertson (later the leader of The Band), whose intense, intricate guitar-work replaced the fire of Michael Bloomfield. A thinner and more refined production in comparison to the rasping sound of H61R and Bringing It All Back Home, it felt like a natural progression from his 1965 works. Essentially, Blonde On Blonde sees expert, Nashville musicianship collide with a modernist, literary vision – over four sides of vinyl and 74 minutes, it’s a massive, sprawling abstract take on blues, rock, folk and old-time R&B in which no two songs are even remotely alike. Truly, here was the past, present and future of American music.

Whether they are resplendent, winding folk-rock ballads or more straightforwardly constructed rockers, all the tracks are powered by Dylan’s surreal, witty wordplay, now more advanced than ever before and which made them stand up to repeated listens, revealing something different on each occasion but always seeming to raise questions rather than answer them. Indeed, all the greatest art does this, never resolving itself but remaining pliable and relevant for all time. Blonde On Blonde’s artwork, a blurred profile of Dylan himself, seems to pose the record’s theme to the listener as a question – how well do you think you know me? – and that’s also reinforced by its title, suggesting both singularity and duality.

Opening with one of his most impenetrable songs ever, ‘Rainy Day Women #12 & 35’ is a very meta-Dylan moment, a simultaneous commentary on drugs and the pressures of his own fame (centring on the double entendre of getting stoned) and a middle finger to his critics who had accused him of abandoning folk the year before, set to a circus-like bar-room blues soundtrack scored with brass. The creeping, stalking blues feel of ‘Leopard-Skin Pill-Box Hat’ revisits a typical Dylan theme of ridiculing fashion victims (similar to ‘Like A Rolling Stone’ and ‘Ballad Of A Thin Man’), and the similarly-paced slow burner of ‘Pledging My Time’ and the mournful, reflective blues of ‘Temporary Like Achilles’ see Dylan leading and commanding his band in masterful style.

The stunning ‘Visions Of Johanna’, which remains one of Dylan’s finest achievements as a writer. Endlessly cryptic and always changing in its tone and outlook from seriousness to flippancy, using coarse and subtle language, Dylan’s perspective is always confused but always seems to be on the brink of insight – somehow, that lack of resolution gives it, and Blonde On Blonde as a whole, its appeal. That state of trying to describe something that defies words is, after all, the experience of what it is to be an artist in the first place. The fog that surrounds Dylan is sharpening his other senses, and while the narrative is undefinable, ‘Visions Of Johanna’ has atmosphere in spades.

Faster-paced numbers are present in the shape of the breezy folk-rocker ‘I Want You’, an absurdist portrait of a cast of Dylan-esque characters like organ grinders and undertakers that registers as one of his catchiest moments. The sprawling ‘Stuck Inside Of Mobile With The Memphis Blues Again’ was one of the hardest songs he ever recorded, with more than 20 takes existing in all manner of different tempos, is full of cultural references that many criticised for being too complicated but is very memorable. ‘Most Likely You Go Your Way And I’ll Go Mine’s relationship gambit doubles up as a metaphor for revolutionary, inter-generational ‘60s feeling.

Ending side two is ‘Just Like A Woman’, which has always proved to be one of Dylan’s most controversial moments for its alleged misogyny, centring on the kiss-off lyric “but she breaks just like a little girl”. On the face of it, ‘Just Like A Woman’ is among his most scorning put-downs in his catalogue, and the title is a condescending platitude – but Dylan sings it affectionately as a calming, lullaby-like atmosphere holds, for the most part, implying that the relationship breakdown is also his fault, and he subverts and plays around with the platitude (“I just can’t fit / yes, I believe it’s time for us to quit”). Ultimately, it’s up to the listener what to take from it.

The 11 minute closer ‘Sad-Eyed Lady Of The Lowlands’ takes up the entire fourth side of the record, a hymn-like devotional to a mystery woman that virtually everybody takes to be an autobiographical song about his wife Sara, whom he had recently married. Recorded at four in the morning and apparently in just one take, it has a sepulchral, late-night feel to it, and it’s notably different in tone to the rest of the album as it’s played with a straight face, with the poetic imagery present but none of Dylan’s humour or nihilism.

In late July of 1966, Dylan injured himself badly in a motorcycle accident and retired briefly from public life for nearly 18 months. Returning in late December 1967 with John Wesley Harding, which saw him revisit the pure folk of his earliest recordings. Although he retained his enigmatic personality, suddenly Dylan seemed human after all, and the album broke the spell that seemed to give him so much of the cultural power that his adoring fans projected onto him. But for Blonde On Blonde, a revelatory, paradoxical record that is both surreal and sharply perceptive, he truly was the voice of a generation, for one last time.

Listen to Blonde On Blonde here on Spotify, and tell us what you think below!