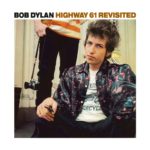 With important albums turning 50 years old in the next 12 months, it’s perfectly arguable that Bob Dylan is the greatest artist of the 1960s, whose willingness to experiment with what pop music could sound like, and what topics it could address, predates even that of The Beatles. Fans often cite the three albums he made in 1965 and 1966 as his golden age, which saw him make three ground-breaking, five-star records in an 18-month period, as evidence of that influence. Author Michael Gray has argued that the countercultural ideals of the 1960s originated with the second of those records, Highway 61 Revisited, with Dylan combining raucous, blues-driven music with surreal, poetic lyrics imbued with all manner of imagery and symbolism, in order to paint a picture of the cultural and political chaos that was changing America so drastically in the middle of the decade.

Aside from being one of Dylan’s finest musical statements – arguably his very best work, even among so many high quality albums he was responsible for – it’s one of the most influential records in pop history. Upon its release, its structure and content caused a serious stir and was analysed, critiqued and debated like no album before it. Taking the electric side one of his previous album Bringing It All Back Home to its logical conclusion, it was not just what Dylan was saying, but how he was saying it, that was so ground-breaking about his new album. It must also be placed in the context of the 1965 Newport Folk Festival just one month before, the scene of one of the most legendary events in music history, when Dylan “went electric” and was heckled and booed by the crowd for ‘betraying’ the folk movement.

On Highway 61 Revisited, Dylan was no longer the folk troubadour of the first couple of years of his career. Now, he was a cynical, street-smart hipster, a self-styled outsider sneering at and deriding the mainstream from sidelines. That shift comes across on opener ‘Like A Rolling Stone’ – a Number 2 hit in the States despite its six-minute length (thought to be commercial suicide at the time for a radio song), it became Dylan’s signature song and saw him transform from folk star to rock star in one go. Entire books have been written about this one track, whose original manuscript sold for $2 million at auction in 2014, its cryptic meaning and unresolved structure still debated today. From that crack of snare-drum that kicks it off (which Bruce Springsteen later said “sounded like somebody’d kicked open the door to your mind”), to the vitriolic portrayal of the socialite who’s fallen on hard times (“how does it feel / to be on your own?” in the refrain), combined with the increasingly impressionistic and figurative lyrics that were becoming Dylan’s trademark, it was his most ambitious effort yet and one that gave other artists the confidence to break out of the strictures of the three-minute pop song.

‘Like A Rolling Stone’ remains one of the very finest and most famous songs recorded in history, and is certainly the most well-known track on the album, but Highway 61 Revisited contains a large number of the greatest songs in Dylan’s career. ‘Ballad Of A Thin Man’ is even more indicative of the change in his outlook, a harsh inquisition of a ‘Mr. Jones’ (possibly a journalist) who looks in on Dylan’s underground culture from the mainstream, and understands less for every question he asks, with the refrain at the end of each verse going “you know something is happening but you don’t know what it is / do you, Mr. Jones”. Set to sombre piano chords and a horror-movie organ at a weary, drunken pace, featuring some startling imagery, it’s the archetypal ‘60s counterculture anthem.

The literary references to Rimbaud, Kerouac and Lowry in the fantastic, drunken haze day-dream of ‘Just Like Tom Thumb’s Blues’ is another great moment, inspired by Dylan’s encounters during a brief jaunt in Mexico. The absurdist imagery in the title track, of placing the Biblical story of Abraham’s sacrifice of his son Isaac in contemporary America on Highway 61 (which connects Dylan’s home town of Duluth, Minnesota to the Delta blues areas of the Mississippi), is another astonishing moment, with the amusing train driver’s whistle cutting through the knotty, political undertones of the fast-paced track. The fast, raucous rave-up of ‘From A Buick 6’ (named by Apple founder Steve Jobs as his favourite song, btw) is a great example of the album’s deliberately unpolished production, with string bends and dud notes left in to give it a live, impromptu feel. Harvey Brooks’ nagging bass line is an update of the 12-bar blues of Robert Johnson, but it pointed towards the future of American guitar music with the garage-rock era imminent.

The record does have musically slower, lighter moments to offset the fast pace and complex imagery. ‘Queen Jane Approximately’, similar to ‘Like A Rolling Stone’ in its narrative arc telling the story of a character’s downfall, finds Dylan slightly more sympathetic to its subject this time around. The themes of sexual frustration on ‘It Takes A Lot To Laugh, It Takes A Train To Cry’, which features a barrelhouse piano decorating a raunchy bass and chunky, earthy guitar chords and lyrics stitched together from a range of old blues numbers, contrast nicely to the rockabilly chassis that transports the mesmerising ‘Tombstone Blues’, whose surreal lyrics (“the sun’s not yellow / it’s chicken”) rage against authority and society in the same way that ‘Maggie’s Farm’ did on Bringing It All Back Home.

Highway 61 Revisited closes with another all-time Dylan classic, the stunning 11-minute epic ‘Desolation Row’. In contrast to the rough, unfinished feel of the rest of the album, it features chiming, crystal clear acoustic guitar from Charlie McCoy, a jobbing musician from Nashville who just happened to be in New York when Dylan held the record’s final sessions. His intricate, resonant guitar fills provided the shading and subtlety to Dylan’s vast lyrical canvas, giving it an edgy, authentic South-Western flavour. It’s a magnum opus, cramming in Biblical, historical and literary references alongside his own experiences and consciousness, featuring a parade of grotesque characters placed in odd, or cruel, situations as they try to get by in the world. It’s exactly the same theme that Tom Waits has basically made a career from, documenting the struggles and failures of unseen, invisible members of society.

‘Desolation Row’ is a track of extremely high calibre to round off an album of similar pedigree, one that’s still held in incredibly high regard half a century later, and for good reason. It’s radical, electric guitar music and hyper-intelligent lyrical content was absolutely streets ahead of what anybody else was attempting at that moment in time, including the Fab Four, who had yet to hit their stride when it came to experimentalism. Quite aside from the fact it contains some of Dylan’s most enduring tracks and is brilliant from start to finish, it was a trailblazer in the development of rock and pop as we understand it in 2015. Long-running music publication Rolling Stone ranked Highway 61 Revisited the fourth greatest record of all time – and lead single ‘Like A Rolling Stone’ the greatest song ever – and it’s a hard analysis to find fault with.