The Alternative Mercury Prize 2017: What We Think Should Have Made The List 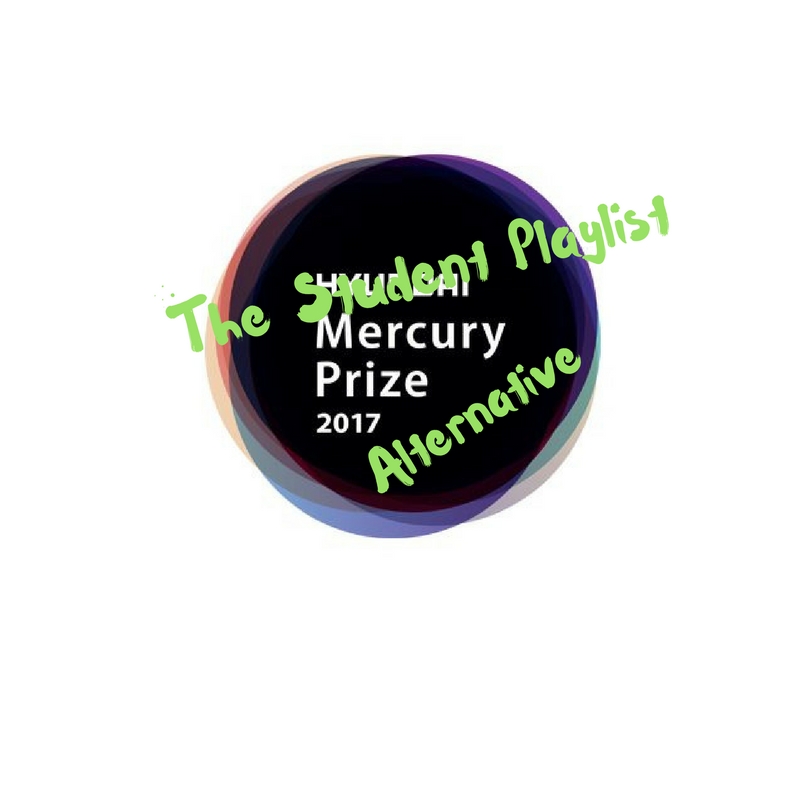 I don’t know about you, but I don’t want to live in a world where ‘Galway Girl’ can be included in a Mercury Prize nominated album. The list this year was, to be kind, different to the usual mix of obscure indie and avant-garde jazz… it was commercialised. Ed Sheeran, Alt-J, Blossoms – the entire list just reeks of a weak attempt to connect with a teenage audience, which is fair enough given the prize’s lower stock, but that doesn’t mean they got it right. With that in mind, we bring you The Student Playlist’s Mercury Prize Nominations…

We begin with someone who is no stranger to a Mercury nod in Laura Marling. The songstress has been nominated three times to no avail, but in Semper Femina Marling has released an album of real poise and maturity. Lyrically, the record is Marling’s best, whilst instrumentally the record is a culmination of her previous five records – has her time as a Mercury darling ended? If so, WHY?

Ah Slowdive, how we missed thee. 22 years away from the limelight led to Slowdive’s return record being one of the most anticipated in 2017 and it really didn’t disappoint. The shoegaze favourites returned with a pleasing blend of hazy vocals and fuzzy guitars to magnificent effect – the shoegaze resurgence is at a new high, thanks Slowdive.

The Mercury Prize is known for having a token jazz album and in London-based trio Phronesis, we definitely have that. The band’s seventh LP blends together the sounds of Europe, with hints of bebop to wondrous effect. The record is a small step-back from 2016’s Parallax, but only just, making it a more than worth token contender.

The Big Moon // Love In The 4th Dimension (Fiction)

The Mercury judges didn’t get everything wrong, and in London four-piece The Big Moon, we have a truly worthy contender. The group manages to create hook after hook, in one of the best debut albums from a female band since Savages eponymous 2012 release. Tracks like ‘Silent Movie Susie’ encourage rapturous sing-alongs, whilst ‘Cupid’ can send any crowd into a frenzy.

Perhaps the embodiment of just how big grime is at the moment was that Skepta managed to pick up the 2016 award for Konichiwa, yet it was still refreshing to see a return of British hip-hop in Londoner Loyle Carner’s debut effort. Yesterday’s Gone rollicks through its 15 tracks in just 42 minutes; lyrically the record is as triumphantly heartwarming as it is sad, with Carner’s relationship with his mother being a regular topic of interest.

There are many travesties to do with Ed Sheeran’s nomination, but perhaps the biggest was the fact that it took away a nomination for fellow pop-behemoth Rag ‘n’ Bone Man. The BRIT Award winning solo-artist was everywhere in the early months of the year, and while that light may have somewhat diminished in recent months, Human is still a breathtaking record led by the flawlessly soulful execution of Rory Charles Graham.

Declan McKenna // What Do You Think About The Car? (Columbia)

The most recent release that makes our cut, Declan McKenna makes the cut by just a day and we are thankful for it. McKenna has been one to watch for years and with What Do You Think About The Car? he managed to release a record of faithful songs ‘Brazil’ and ‘Paracetamol’, whilst adding to it with a number of tracks like ‘Humongous’ to add to the 18 year-olds already-many hits.

Stockport-natives Blossoms’ eagerly awaited eponymous LP did not let down fans and was a worthy nominee to the Mercury Prize 2017 list. Blossoms is littered with moments of quality, which, much like McKenna built on their reputation prior to the album’s release. The record has eight singles so far, some dating back two years, it’ll certainly be interesting to see where Blossoms go from here, but for now, let’s revel in one of the best indie albums of the past twelve months.

More: Declan McKenna // What Do You Think About The Car?

Matthew Barnes, aka Forest Swords, was undoubtedly the biggest casualty in the commercialising of the Mercury Prize. In previous years, where experimental electro has made the list in abundance (see Eska, FKA Twigs and Jon Hopkins), Barnes managed to miss out in spite of his excellently crafted ambient sound. The way Compassion manages to burrow its way into your head and stay is a testament to one of the best records of 2017 and why it was snubbed in favour of the likes of the Alt J and Kate Tempest is anyone’s guess.

Sometimes a record shocks and excites from the first listen – The xx’s third album I See You is one of those records. Delightfully playful in its use of electronics to create an outright uplifting sound on tracks ‘On Hold’ and ‘Say Something Loving’, the album is a huge step away from the indie-meets-ambient style that the band has built their name on. I See You was exactly the right move for a band which can now headline festivals anywhere in the world, and it would be no shock to see The xx become only the second two-time winner of the prestigious prize.

Dinosaur // Together, As One (Edition Records)

Now, we know we’ve already mentioned Phronesis as the token jazz nominee, but there was no hiding away from the excellence of Together, As One. Every track takes the listener on a journey as the sounds of Anna Meredith are mixed together with simply sublime instrumentation to create one of the truly standout records on the Mercury Prize nomination list – could the jazz album finally win a Mercury, I really don’t see why not?

Closing out our list is everyone’s favourite, Sampha.  After collaborating with the likes of SBTRKT and teasing us with a record for years, when Process finally did come out, it more than lived to the hype. From the massive pop of ‘Blood On Me’, to the gorgeous ‘(No One Knows Me) Like The Piano’, Sampha has managed to release a timeless record which is deserving of nomination no matter what the year and it is no surprise to see him as an early front-runner.

What do you think should have made the Mercury Prize cut? Do you agree with our revisions? Let us know here and be sure to follow us on Twitter @StudentPlaylist. Meanwhile, you can listen to our list in a nifty little playlist here: Thanks for reading!