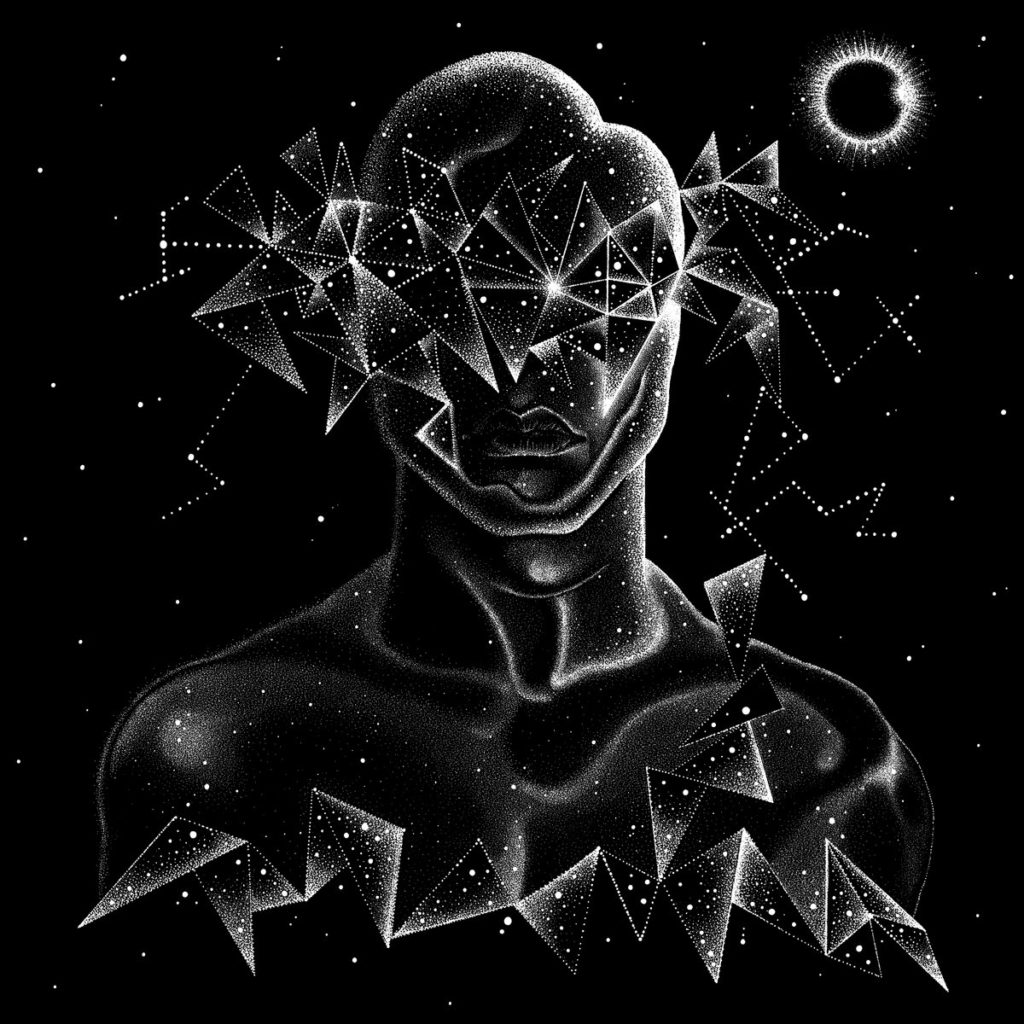 Fundamentally, ‘Quazarz…’ is the most commercially accessible thing that Shabazz Palaces have released.

Music is changing, it has been for years. As we continue to delve into an age where music is consumed by the masses on our phones via streaming services, the need for instantaneous gratification is abundantly apparent. We see it in the charts today, the accessible, yet painfully vague ambiguity of Ed Sheeran, has dominated 2017 – whilst the banal ‘One Dance’, a track devoid of melodic range, saw Drake become a megastar. So when Shabazz Palaces announced a double release in the shape of the Quazarz… series (Quazarz: Born On A Gangster Star and Quazarz vs. The Jealous Machines) you knew something different was coming.

Not that that should surprise anyone, 2014’s Lese Majesty was as abstract as hip-hop has ever been, an avant-garde statement on the world – and it was glorious; the genre’s equivalent to that of a Captain Beefheart or Sun Ra project, instantly connected with its obscure melodies and lyrical structure.

Technological changes and the way we live is a huge theme of Quazarz… from the opening bites of ‘Welcome To Quazarz’ during Quazarz vs. The Jealous Machines where Butler states: “Behold the soft cyber caress / My television who’s my lover / But jealous machines and devices / Struggle to find a light switch / Followers follow him, leading nowhere / Possible hope of a cyber safe house”. It’s a simple monologue ushering us into a world of scepticism for the love of technology and the consumerist attitude that the duo holds. Instrumentally, the rhythmic cowbells and two-stepping bass continue to show that Shabazz Palaces are at home in the abstract.

‘Self-Made Follownaire’ continues the themes introduced by ‘Welcome To Quazarz’; snarls about “self-made selfie stars” are abundant as the ridicule of non-celebrity in the modern day takes a hold of the album. Snares return to prominence underneath hazy vocals as we begin to be ushered into a Tennyson-like lethargic land of laziness.

MORE: The Writers’ Round-up – Albums of the Year So Far…

Fundamentally, Quazarz… is the most commercially accessible thing that Shabazz Palaces have released; countless examples of experimental hip-hop-meets-pop come to the forefront. ‘Effeminence’ immediately turns heads it with its slow hook and popping beats. Whilst, ‘Julian’s Dream (ode to the bad)’ is the most outright pop that the twosome has released; TNGHT flavoured beats and deep-lying melodies are given time to shimmer, everything works.

‘30 Clip Extension’ has elements of an insular fight between the abstract and the pop universes as old-western guitars ring throughout the track; lyrically, we are taken on a lyrical journey through the to-and-fro of Butler and Maraire takes us through the topic of “ghostwriters”, through to an ending of the world – all the while we journey from 1968-2064. Similarly, the piercing instrumental of ‘Fine Ass Hairdresser’ features a similar delivery.

There is still the aggression of Lese Majesty threaded throughout the record with the Ho99o9-esque ‘Quazarz On 23rd’ bringing an end to the …Jealous Machines project as ghostly howls of “Quazarz” run throughout the tracks three minutes run time. Whilst on ‘Parallax’ we get aggressive taunts of “You ain’t turning back now” – he’s right, the immersive world of the quazarz has engulfed all who enter.

The contrasting instrumentals of Quazarz are a constant delight, invigorating the listener at every moment. ‘That’s How Life Goes’ is a laid-back affair with Four Tet-infused melodies, distinctly upbeat from what has come before, before descending into a distorted and aggressive series of glitched electronics.

Still, without doubt ‘Shine A Light’ is the highlight for the record – an obvious single tucked away in the madness. Gospel, jazz and hip-hop combine gloriously, with the harmonious instrumental and gorgeous strings it stands out as a unique moment on an album full of them.

It should come as no surprise that an album built around a dissonant cynicism for the modern day has managed to poke holes in the indulgent culture of 2017, and while this is becoming more constant (see Arcade Fire’s Everything Now on Friday), never has it been more exciting to listen to. Constantly baffling and challenging, Shabazz Palaces have managed to do something truly remarkable: sustain the listener’s attention for more than 70 minutes, a truly rare feat. (9/10) (John Tindale)

But what did you at home think? Be sure to listen here and follow us on twitter @StudentPlaylist. Fundamentally, enjoy!