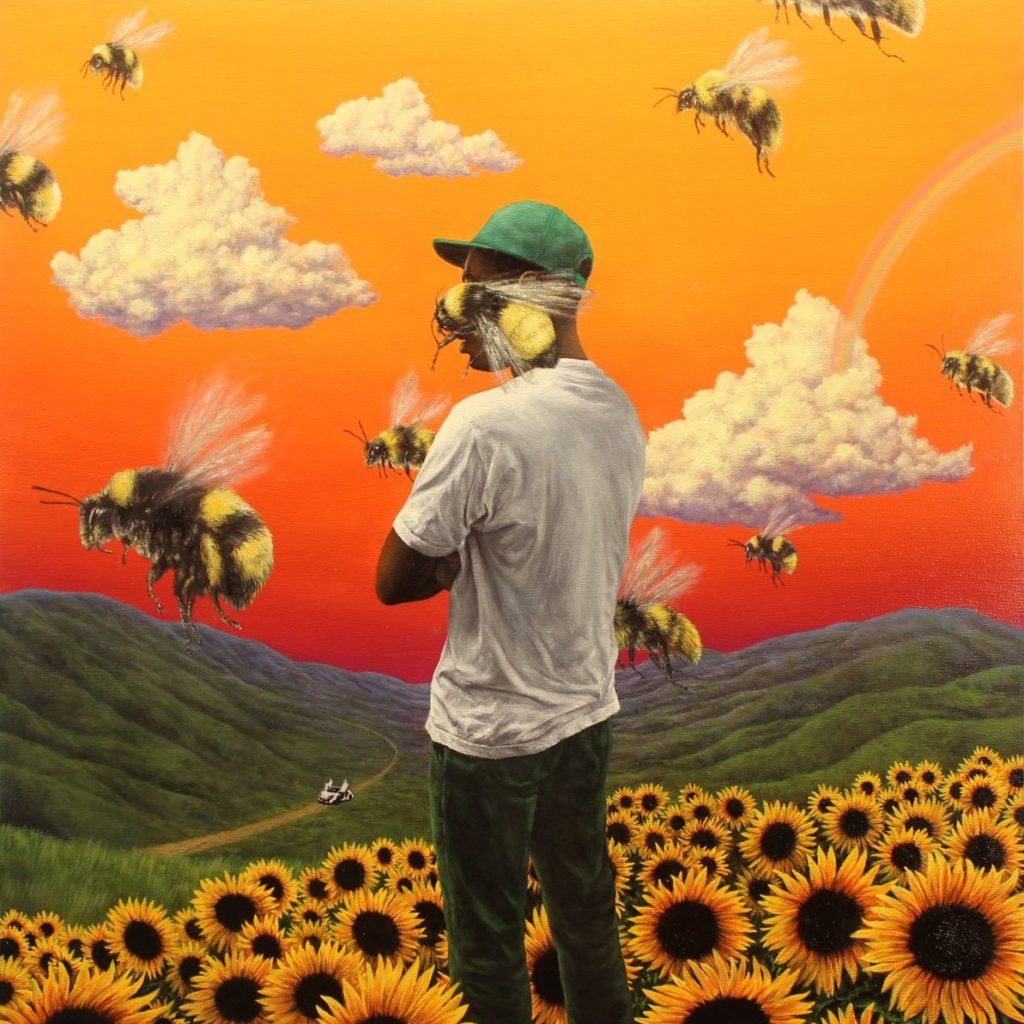 Tyler’s latest studio album ‘Flower Boy’ paints a portrait of the rap prodigy at his most vulnerable.

It’s hard not to have a strong opinion on California rapper Tyler, The Creator. Hell, the prime minister of the United Kingdom had such a strong opinion on him and his controversial music that she decided to ban him from entering the country entirely. Then on the other end of the spectrum are hordes of devout fans who adorn themselves in his GOLF merch and hail him as a cultural icon. But whichever side of the fence you find yourself inhabiting, you can’t deny that he’s a unique voice in the busy landscape of modern hip-hop, which has never been as evident as on his hotly anticipated fourth album; Flower Boy…

Several years since making his breakthrough with the brilliant, menacing ‘Yonkers‘ we find Tyler with thoughts of love, fame, sexuality, identity and the future (and cars of course) weighing on his mind and his heart. From the opening line of the enveloping ‘Foreward’, the 26 year-old ponders the mortality of his success, and throughout the remaining 13 songs we witness him only grow more introspective and honest. His intent to shock his audience with his lyrics seems to be toned down slightly and instead he is at his most candid and melancholic, specifically on ‘911/Mr. Lonely’, where he admits that his often outlandish behaviour is a way to hide his vulnerability.

Stylistically, Flower Boy is the most diverse, playful and cinematic in Tyler’s discography, with the gorgeous production totally immersing you in his world, as he explores the funkier, jazzier side of his hip-hop and R&B influences. Impressively handling the majority of songwriting himself, its 46 minutes are layered with lush synths, shimmering guitars, infectious beats, evocative orchestral movements and some incredible appearances from vocalists Steve Lacy, Kali Uchis and Frank Ocean, among others. That being said, he still makes room for the anarchic bangers of ‘Who Dat Boy’ and the absurdly addictive ‘I Aint Got Time!’, where the rapper sounds at his most animated, confident and chaotically creative, yet weaves them seamlessly alongside softer cuts like the soulful ‘See You Again’ and the subtly epic ‘Boredom’.

Tyler’s previous efforts have certainly had moments of genius, but Flower Boy feels like a culmination of his potential, proving him to be one of modern hip hop’s most complex, nonconformist, and left-field artists. And at this point, he probably says it best himself: “Everyone is a sheep. Me, a lone wolf.” (9/10) (Woody Delaney)

Listen to Flower Boy here via Spotify, and tell us what you think below!