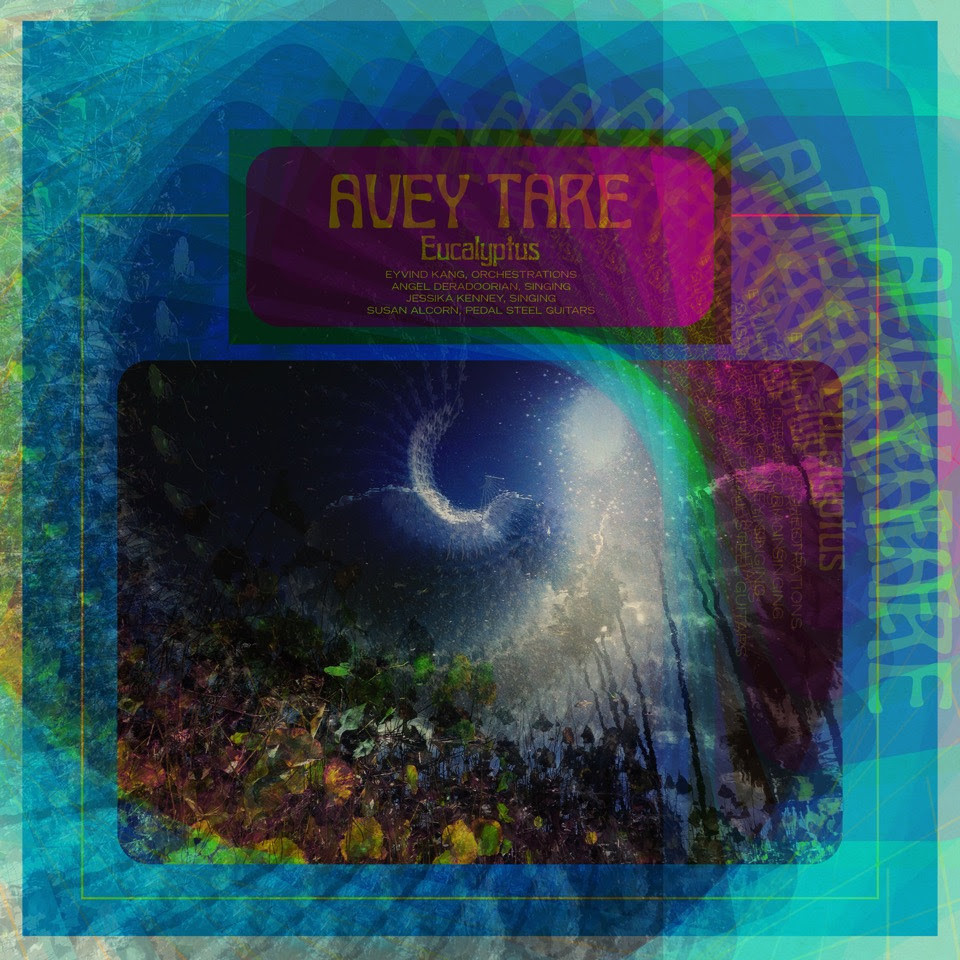 In ‘Eucalyptus’, Animal Collective’s Avey Tare finally delivers a solo album worthy of his status in one of the 21st century’s most important groups.

As a permanent member and main vocalist for Animal Collective for two decades, David Portner (under his performance moniker of Avey Tare) has frequently been labelled as the straightest member, in musical terms, of that most quintessentially challenging of pop bands. He’s the guy who writes the melodies that writhe and swirl among their clouds of avant-pop and experimental music, and his distinctive warble is one of the most consistent delights of the ever-churning musical cauldron of Animal Collective.

However, his stop/start solo output has never matched up to the quality of his bandmates, and certainly not that of Noah Lennox (a.k.a. Panda Bear). 2010’s Down There was a hit-and-miss affair, and 2014’s Enter The Slasher House didn’t live up to its quasi-supergroup billing as ‘Avey Tare’s Slasher Flicks’. Portner himself describes Eucalyptus as “an electro-acoustic movement through leaves, rocks and dust” – which sounds pretentious, but actually gets pretty close to the album’s general feel, of organic whimsy being blown around and dissipated by the natural elements – of generally being outside in nature.

Essentially, while the album serves as a pretty handy beginner’s guide to the kinds of unique sounds created by Avey Tare’s parent band, your enjoyment of Eucalyptus will depend on which era of Animal Collective you prefer. It cleaves much more closely to the bucolic campfire feel of the likes of Sung Tongs and Feels than the bold, avant-garde yet easily digestible structures of Merriweather Post Pavilion or last year’s Painting With. Portner often flirts with pop accessibility, hinting at Beach Boys-esque melodies reminiscent of his brilliant contributions to Animal Collective’s own 2007 album Strawberry Jam, but he never punctures the bubble he constructs in doing so.

His music here often seems to be a literal representation of his synaesthesia, an ability to associate sounds with colours and visuals, coming across as a big blob of context and texture with the melodies located at the back of the mix. Utilising a range of a dozen instruments, ranging from steel guitar to the French horn, Eucalyptus is a progression of moods and musical colours created painstakingly in the studio, but sounding like the result of spontaneity, and that has always been the key to Avey Tare’s best music (and indeed Animal Collective’s).

From the very start, of opening track ‘Season High’, there’s a naturalistic, instantly familiar and lived-in feel to the album, as Portner sticks to his familiar topics of ageing and lost innocence. The delicate freak-folk of ‘Ms. Secret’ is an absolute diamond of a track, simultaneously upbeat in its rhythm but melancholic at its heart, and the terrific ‘Jackson 5’ sees Portner shackle his musical formula to something approached a proper rhythmical chassis. A comparison of the teasing, marching rhythm of the mischievous ‘Roamer’, and the stretched, scraping strings of ‘Boat Race’, bunched together in the running order, show just how much excellent variety there is on display.

Portner’s approach works more effectively on the shorter tracks as Eucalyptus progresses. The sprawling and disappointingly vague ‘Melody Unfair’ is not worthy of its place as the record’s second track, and the winding progress of the eight-minute ‘Coral Lords’ is similarly aimless. But barring these few exceptions, it’s a much more successful effort than any of his previous solo pieces.

Eucalyptus could have done with some editing and tightening up in places, particularly on the longer tracks, but, finally, there is an Avey Tare solo album whose quality is commensurate with his status as a key member of one of the most important bands of the 21st century. (7/10) (Ed Biggs)

Listen to Eucalyptus here via Spotify, and tell us what you think below!