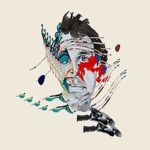 In case you weren’t already aware, Animal Collective are a bit of an odd case. Featuring an ever-changing line-up and an alternative approach to electronics, their only consistent characteristic is their ability to command the listener’s attention, it is no wonder that tenth studio album Painting With was so highly anticipated by the masses, after the slight disappointment that was Centipede Hz in 2012.

This is the first album under the current personnel (Panda Bear, Avey Tare, Geologist) since critically-acclaimed masterpiece Merriweather Post Pavilion in 2009, an album which saw Animal Collective finally gain mainstream attention due to their capability to craft brilliantly executed pop, and which was arguably the last great album of the noughties. Since then, the spirit of the group has resided more in their various solo projects in terms of quality, but hearteningly, this Panting With begins in a similar manner with lead single ‘FloriDaDa’ giving the album an explosive start due to its brilliantly experimental psychedelia while still finding a way to connect to the uninitiated.

‘Hocus Pocus’ continues this trend as Panda Bear is brought to the front to deliver a typically off-tilt vocal delivery, while the retro samples add an extra dynamic. The choppy electronics of ‘Spilling Guts’ also hark back to Panda Bear’s superb 2015 album Panda Bear Meets The Grim Reaper and provide yet another nice moment on an album containing many of them. That’s not to say the entire album is a success in experimentalism; ‘Vertical’ becomes repetitive in its production and delivery, while the contrasting pacing in vocal and rhythm fails to ignite during ‘The Burglars’.

However the good bits of this album are truly spectacular, more than outweighing the ho-hum and rarely failing to grab your attention. ‘Summing The Wretch’ has vocals coming from everywhere and a more aggressive beat provides one of the album’s highlights. ‘On Delay’ breathes fresh life into the album with a more simplistic electronic beat and a vocal change working wonders.

It feels strange to say that Animal Collective sound best when they keep it (comparatively) simple after pushing the boundaries of music for so long, but that is definitely the case here. ‘Golden Gal’ is one of the best things the group have ever done; counter-acting beats and scaled bass provide the perfect backdrop for the simplistic vocal delivery which wouldn’t go amiss on 2007 album Strawberry Jam. Album closer ‘Recycling’ follows suit and provides the most emotional moment on the record and while an emotional ending is usually a cliché, it doesn’t feel out of place here; the reminder that Animal Collective are in fact normal is refreshing after another forty minutes of boundary pushing.

By reigning themselves in, Painting With provides an excellent return for Animal Collective. It may not do anything to enhance their reputation as experimental psych-pop outsiders, but they’ve covered so much ground already that it’s forgivable for them to indulge their populist side. By creating simplistic (for their standards) tracks though, the band have opened new doors and provided genuine intrigue as to where they’ll go next. Painting With isn’t quite at the same level of intuitive brilliance as Strawberry Jam or Merriweather Post Pavilion, but it may have provided the perfect stepping stone for album eleven, whenever that may come out, to be truly special. (8/10)

Listen to Painting With here, and tell us what you think below!