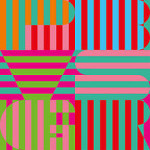 Taking time off from recording a purported new Animal Collective album due later this year, Noah Lennox a.k.a. Panda Bear has delivered his fifth solo album, which bears the cartoonish title Panda Bear Meets The Grim Reaper. It sees him reunite with Pete ‘Sonic Boom’ Kember on production, and just like 2011’s Tomboy, it unsurprisingly owes a lot to Spacemen 3. The grooves are head-nodding, the atmosphere both spacious and dense at the same time. When Lennox locks into a rhythm, it stays that way for the duration of the track, and while it sometimes comes across as passive, it means that the listener is free to take what they want from the experience.

It’s an album about personal growth, and despite Lennox’s influences and choice samples, which range from The Soul Searchers’ ‘Ashley’s Roachclip’ to Debussy and the ‘Nutcracker Suite’, it feels like a very sealed off and personal experience. Themes of aging, family responsibilities and death pervade the album, and yet it’s not depressing or self-obsessed. In fact, it’s an extremely robust record in terms of beats and rhythms, and Lennox’s curious knack for creating addictive, non-pop melody is intact. Opener ‘Sequential Circuits’ is organ-based, serene and ambient, followed by ‘Mr. Noah’ that begins the same way but builds into a slab of fantastical dub-influenced pop, topped off by Lennox’s twisted and semi-comprehensible vocals. ‘Come To Your Senses’ sounds like something Fuck Buttons would have made on their first couple of albums, locking into an irresistible groove early on. Lennox repeats to himself, as if staring into a mirror, “are you mad?” over and over again.

‘Tropic Of Cancer’ is a meditation of Lennox’s father’s death, built on a microscopic sample of the ‘Nutcracker Suite’. Never have the words “you can’t come back” been delivered with such acceptance and peace, over a gently undulating acoustic backdrop. Virtually every moment is filled with the joy of exploration, and each finished track seems to sound different when you revisit it, like when a 3D image leaps out of a 2D pattern when you stare at it for long enough. Just like the preceding EP Mr. Noah released at the end of last year, PBMTGR is intelligent and very distinctive. Nobody else in music could possibly have made it. While it may not end up having the same genre-defining influence that 2007’s near-perfect Person Pitch, it’s another eminently solid outing from one of the 21st century’s most forward-thinking artists. (8/10)