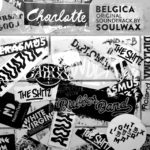 Unquestionably one of the definitive acts of the noughties, Soulwax seem to have always been around, and yet have not really done anything for a very long time. During the second half of the noughties, Stephen and David Dewaele toured across the world on a punishing, relentless schedule that saw them play roughly five times a week, every week, for half a decade, delighting fans across the world and wringing every last drop from a dance music scene that they had basically created single-handedly with two albums that didn’t even have that much to do with Soulwax ‘the rock band’.

With 2005’s self-remix album Nite Versions they made dance music a rock experience and vice versa, and with their ‘Radio Soulwax’ tour they transcended lingual and cultural barriers with their love of pop music in all its diverse glory, as captured in Saam Farahmand’s hedonistic 2008 rockumentary Part Of The Weekend Never Dies.

Of course, this was on top of their prodigious remixing work (see 2007’s Most Of The Remixes…), their As Heard On Radio Soulwax bootleg series under the name of 2manydjs (of which, 2002’s officially-sanctioned …pt.2 helped ignite the fleetingly very popular ‘mash-up’ trend), and all manner of side-projects that arrived in their inbox as a result of the impeccable reputation they had generated for themselves through their astonishing drive. And yet, it’s been 12 years since their last official studio album, 2004’s Any Minute Now (which begat the aforementioned Nite Versions).

Finally, after years of radio silence regarding original material for one of the biggest names in alternative music, we have a follow-up… sort of. This new project, the soundtrack for Felix van Groeningen’s forthcoming movie Belgica, continues the Dewaeles’ tradition of challenging and expanding what it is that a ‘rock group’ can and should do. For the project, they have invented fifteen different fictional bands, guises in which the Dewaeles themselves appear throughout the movie in the tiny venue in which it’s set.

Of course, this concept allows them to explore a much more stylistic terrain than if they were shackled to the requirement of recording solely under the name of Soulwax, and also means they can stick to the ‘DJ set’ template of constantly changing things up that has served them so well as 2manydjs. As well as bringing in guest vocalists, the Dewaeles essentially get involved with guest ideas (think ‘tonight, Matthew, we’re going to be a punk band…’), throwing away one set of costumes and putting on another several times over. As an experience, therefore, Belgica is like a series of tasters rather than one main course, with the delightful novelty of the approach making up for the lack of enduring satisfaction. We also get a number of hilarious recording pseudonyms to boot!

On roughly half of these 16 tracks, Soulwax play it pretty safely, relying on a fairly unchanged aesthetic of crunchy rock textures and percussion sounds redolent of techno that delivered them such success ten years ago, most clearly as White Virgins on ‘Turn Off The Lights’ and Erasmus on ‘Ti Ricordi Di Me’. Opening track ‘The Best Thing’ (by Charlotte), they rope in a female vocalist for a piece of Blade Runner-esque minimalist, atmospheric electronic-rock. Its filmic qualities are a dead giveaway that it’s meant for a movie soundtrack. Elsewhere, they take inspiration from their trusty record collections for the limber, cowbell-studded ‘Caoutchouc’ by Rubber Band, replete with Studio 54 string effects. They record two tracks as The Shitz (!), ‘How Long’ and ‘Sell It With Your Face’, which find them in

All of which is great, but would suggest that virtually nothing has changed. But where Belgica really becomes worthwhile is after the opening salvo, as we get to hear Soulwax’s take on a whole panoply of styles you wouldn’t associate with them. We get dubby, spacious reggae (‘Hot December’ by Light Bulb Matrix), an intriguing dancehall-Turkish crossover (‘Cüdle Kutup Ayisi’ by Kursat 9000) and a genuinely weird country number (‘Don’t Wait Up For Me’ by Roland McBeth) which seems to build up and drop like a techno track. ‘Nine Thousand Eyes’ as Robert Vanderwiel sees them take on prog-rock, while ‘Cybernetic Permutations In The Key Of A’ engages them with the aesthetics one of their spiritual godfathers Kraftwerk. To say nothing of the bratty punk of Burning Phlegm’s ‘Nothing’ and the rockabilly of They Live’s ‘The Cookie Crumbles’.

The whole wonderful, weird concoction ends with the brooding electronica of ‘Inward’ by Noah’s Dark, after which the listener is rather disorientated. Belgica has the feel of the Nuggets compilation crossed with Daft Punk’s Random Access Memories – the Dewaele brothers are curating themselves more than anything else, writing a love letter to their own childhood and record collections, with entirely original material rather than cover versions. Where Soulwax get it right, almost of all of the time, is that they demonstrate a total connection with each genre they engage with, one that’s come from a deep passion for all manner of musical styles pursued over a lifetime of fan-boy worship. Indeed, it’s virtually inconceivable that anybody else could approach a project such as this with this level of success.

The only thing that niggles slightly is that, in under 10 seconds, any Soulwax aficionado would be able to guess that the Dewaele brothers are behind 80% of these tracks from the production styles adopted. Occasionally, this seems like a little bit of a missed opportunity given the unprecedented licence to mess around with expectations and genres that they’ve been afforded with a project as unique as Belgica. But, then again, Soulwax have been away from the official ‘write, record, release’ cycle for such a long time now that this is easily forgivable. Some hard-bitten fans of the Dewaeles might be left yearning for the pure dancefloor thrills of Nite Versions, but even they have every reason to believe that this project will be the prelude to even more material in the near future. (7/10)

Listen to a stream of Soulwax’s Belgica soundtrack here, and tell us what you think below!