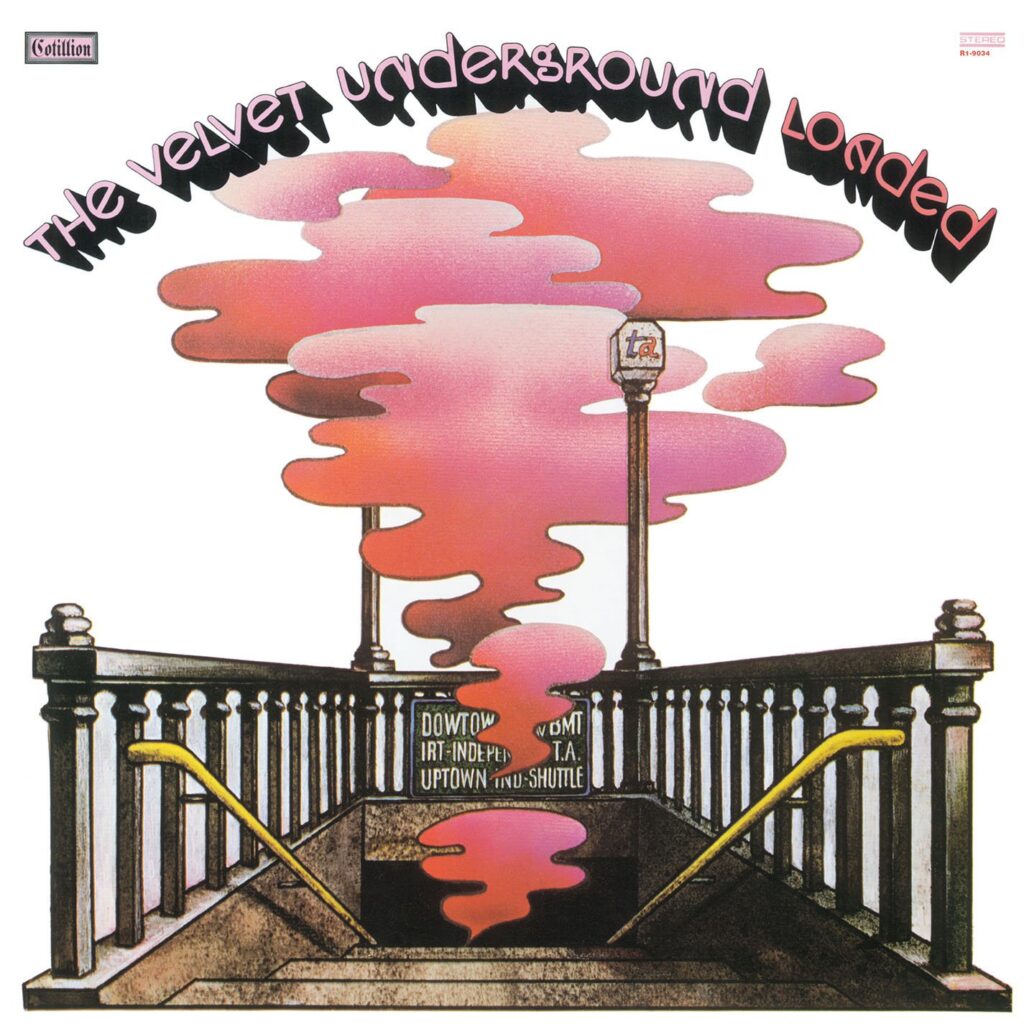 When thought of in the context of a three-year period that had seen the release of three avant-garde albums that have all gained enormous prestige as some of the greatest and most influential records ever, it’s quite easy to overlook an album like Loaded. Released in late 1970, it turned out to be the final album that three of the members of The Velvet Underground’s classic line-up would record. It was clean and melodic, yet hugely more modest and self-contained than the art-rock blowouts of The Velvet Underground & Nico and White Light/White Heat. Even 1969’s self-titled album, which had seen the sternly experimental presence of John Cale replaced with Doug Yule as a rival songwriter and singer to Lou Reed, at least had one foot in the Velvets’ arty origins. Right from the delicate, poised opening bars of ‘Who Loves The Sun’, Loaded really doesn’t seem like the work of the same band who had delivered ‘Venus In Furs’ under four years ago – or even something like ‘What Goes On’ the previous summer.

Self-restrained where previous albums had been daring, then, it’s understandable that someone coming to Loaded after The Velvet Underground & Nico would mentally dismiss it. This writer did, for many years, having bought it without listening to it then holding it in my collection as a completist but reluctant to truly embrace it as the work of one of the greatest musical acts of the 20th century. Even one of its creators effectively disowned as soon as it had been released, with Reed, who quit three months before Loaded came out, claiming that the album had been re-edited and sequenced differently without his permission.

But the very strengths of Loaded were inherent in those aspects that initially seem like weaknesses. The Velvet Underground’s grasp of melody, harmony and pop structure had always been latent in their sound, going right back to some of their Warholed-up debut’s more understated moments like ‘There She Goes Again’, through to beauties like ‘Candy Says’ and ‘Pale Blue Eyes’ on The Velvet Underground. Here, though, they were laid bare for the whole world to see. The more you expose your ears to it, the more you appreciate Loaded for what it is – one of the most economical, consistent and dazzling displays of simple melodic songwriting in pop history. At almost exactly 40 minutes long, and five songs to each side, there’s not a single note or second wasted. Titled because of Ahmet Ertegun’s (the boss of their label Atlantic) request that they deliver an album “loaded with hits” – but with a double-entendre drug reference – The Velvet Underground succeeded in every respect in that demand. Except the hits.

What’s immediately apparent on Loaded that things aren’t quite as recognizably Velvet Underground as before. Reed, as mentioned before, felt increasingly sidelined by Yule’s growing role in the band. Maureen Tucker, heavily pregnant, sat out the album’s sessions, meaning that the album’s heartbeat is very different: less primitive, but also less distinctive. Doug Yule, his brother Billy and recording engineer Adrian Barber all took turns behind the drumkit. The only aspect that was business-as-usual was the dependable presence of guitarist Sterling Morrison, but even his work was being gradually eclipsed by Yule’s own guitar-playing – many of the solos on these ten songs are his. Any inspection of the various expanded versions of Loaded that are out there – notably the lavish 6xCD set from 2015 – shows that the rough ideas had to be painstakingly edited for maximum potential for commercial dividends, a very different approach to the avant-garde experiments of previous records. The proggy outtake ‘Ocean’, which pitched up the odds-and-ends compilation V.U. in the Eighties, is an intriguing outtake that illustrates what the album might have become without the overweaning necessity to attempt to deliver radio-ready cuts.

The key dynamic is that of the very different singing styles of Doug Yule and Lou Reed. Yule, a smooth-talking charmer, provides some of the most celestial moments in the Velvets’ discography. He sounds totally crestfallen on ‘Who Loves The Sun’, forcing a smile through his personal heartbreak, the sunny disposition of the “ba-ba-ba-ba”s of the chorus seeming to mock his morose self-absorption. The glorious confessional ‘Train Round The Bend’ is transcendent. Lou Reed’s much more abrasive voice simply wouldn’t have suited these songs at all.

And yet, Reed’s detached, deadpan vocal delivery provides the important crux for Loaded, counterpointing the consciously authentic rock and roll of the music itself. Essentially, that delivery’s absence was one of the big reasons why the post-Reed, Yule-led VU album Squeeze remains such a maligned and tragic disaster. On ‘Rock & Roll’, a song about rock and roll itself that could have simply been played with a completely straight bat, he elevates the material into something humorous and barbed. Reed harmonises brilliantly with his bandmate/rival on the ecstatic ‘Sweet Jane’, the only VU song you’ll ever hear on oldies FM stations, while the respective side closers ‘New Age’ and ‘Oh! Sweet Nuthin’’ prove that he hadn’t lost the darker aspects of his writing. The polished, pristine nature of the production doesn’t diminish from any of these moments – instead, it offers a glimpse at an alternative reality for The Velvet Underground.

That reality, sadly, never came to pass. For all its accessibility and conventional demeanour, Loaded suffered an identical fate to its predecessors and stiffed in the charts. Disheartened, Lou Reed quit the disintegrating band later in 1970 and moved back to Long Island to live with his parents in Long Island, taking a job at his father’s tax accounting firm. It’s odd to think of one of rock’s most iconic figures living a buttoned-down suburban existence, but this is what his fate might have remained if David Bowie had not helped to resurrect him with a solo career a couple of years later. The Velvet Underground limped on for a short while afterwards as a Doug Yule-centred project, with Sterling Morrison and Mo Tucker having followed Reed out, leading to the dismal and unloved Squeeze in 1973.

The ever contrarian and cryptic Lou Reed said of Loaded that it was “still called a Velvet Underground record. But what it really is, is something else.” Whatever he specifically meant by that, it strikes at a fundamental truth about one of the most criminally undervalued yet staggeringly influential groups of all time – that, all along, they could make commercial sounding records without sacrificing their personality entirely. Each song hits its target “as straight and true as an arrow”, just as Lenny Kaye wrote in original Rolling Stone review of the album fifty years ago, executed in the giddy and enduring spirit of rock and roll. For all the Andy Warhol-produced avant-garde masterpieces, it’s worth remembering that, at heart, The Velvet Underground was a pop outfit.

Listen to Loaded by The Velvet Underground here via Spotify, and tell us what you think below!

Influenced by: The Beach Boys, Bob Dylan, The Beatles, The Byrds