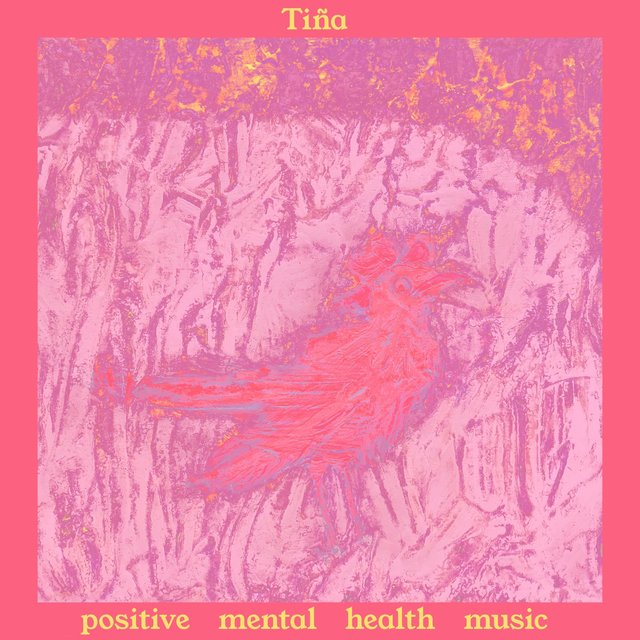 South-east London band Tiña have released a phenomenal debut album entitled Positive Mental Health Music, through Dan Carey’s consistently excellent Speedy Wunderground label, chalking up yet another artistic victory for one of the country’s most vibrant independents. It takes a deep dive into the territory of self-examination and honesty, whilst manoeuvring through themes of anxiety, depression, loneliness and desperation, to name but a few.

Positive Mental Health Music is naked in the sense that it reveals everything and hides nothing, as, according to frontman Josh Loftin, much of the lyrical material had been influenced by a single point of origin – a mental breakdown that occurred two years prior.  With music undoubtedly having played a huge part in his recovery process, he adopts a writing style that consists of both deep reflection and analysis into specific personal issues, producing an honest yet almost poetic flare to his lyrics. In many ways, Loftin’s delivery represents a kind of authenticity to which audience members can resonate with, and it’s perpetuated by the album’s dry, lo-fi production, minimalistic instrumentation, and soothing harmonies.

Opening track ‘Buddha’ is an excellent example of his lyrical approach, as it reflects on the impacts of depression and a negative mindset, with “everyone I know is doing better than me” and “I spend my stupid time feeling like the laziest man”. This immediate jump-out, alongside soothing synth and guitar work, creates a sense of delicacy and further cohesion, before Loftin chants the chorus line “this is fine” in strong succession. A number of tracks, including ‘Rosalina’, ‘Rooster’ and ‘Dip’, double down on vocal harmony, saturating chorus after chorus with catchy melodies and finishing on high notes by shaking things up, often introducing a new or deviated section into the mix.

Positive Mental Health Music has a sense of continuity that’s reminiscent of records such as Mac DeMarco’s This Old Dog, with the tracks all fitting together under a similar kind of chilled musicality with serious lyrical overtones. What notably stands out the most however, is the fine balance between their psych-pop sound and the timbre of Loftin’s child-like and wispy voice, which is fresh and perhaps a much needed change in the musical landscape of 2020, however plain it may be at times. This can be equally be said about Josh’s entertaining and outlandish stage image, which is complete with a pink cowboy hat and can be seen in music videos of the album’s singles. Without a doubt, it will turn heads of many new fans with interest and curiosity.

Lyrics such as “let’s talk about mental health” in ‘Golden Rope’ also speaks volumes about the changing perceptions and attitudes towards the condition. Once a taboo subject, it seems daring that groups like Tiña are making waves in that regard, and in creating a platform for many others to speak out about their own experiences. The very title Positive Mental Health Music portrays the album’s themes plainly to its audience in way that can be understood by all. It is filled with perfectly crafted songs that are both unique and warming to the soul. (9/10) (Jack Walley)

Listen to Positive Mental Health Music by Tiña here via Spotify, and tell us what you think below!