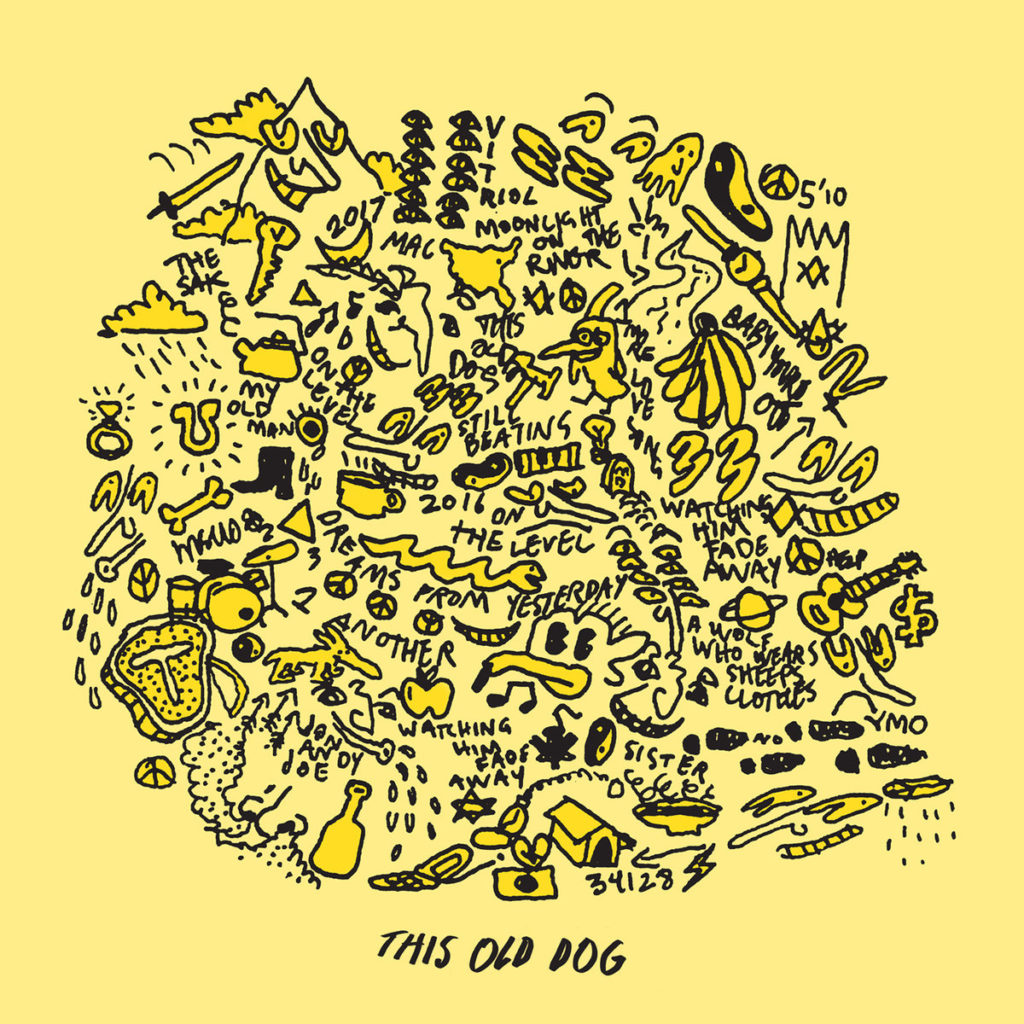 Mac DeMarco is one of the greatest crafters of the love song working today, as exemplified on his mellow third album ‘This Old Dog’.

Although he is known for his goofy demeanour, wonderfully weird music videos and crazy live shows, there’s no mistaking that the Viceroy-puffing Mac DeMarco is one of the finest crafters of the love song working today, as exemplified on his third record This Old Dog. The LP arrives following a slew of albums and EPs that have reached cult-like status in the modern indie scene, which most artists would see as a daunting task to follow-up, but the ever-modest Mac sounds as laid back and charming as ever.

Where the self-effacing slacker-rock mini-opus Salad Days was led by surfy riffs, This Old Dog indulges in the more ambient and electronic side of the Canadian’s stylistic palette, picking up from where songs like ‘Chamber Of Reflection’ and ‘Another One’ left off. Balmy keyboards, oceanic synths and soothing acoustic guitars accompany Mac’s charismatic and impassioned vocals, making for his most lush collections of tracks yet. Fans of Mac aren’t likely to find this a shocking new turn though, as it feels like the natural progression towards a more mellow style and that shows a gifted songwriter flourishing.

Opening track ‘My Old Man’ is a delightful introduction, showing the mixture of beach-bum guitar strums, introspective lyrics and subtle electronics and percussion. The titular track follows, offering Mac’s more sensitive and romantic side, in what is destined to be an anthemic mainstay in the setlists of any upcoming shows. Elsewhere, an influence of timeless acts such as Neil Young is present with ‘A Wolf Who Wears Sheeps Clothes’, mixing folksy musicianship with a buoyant melody, and ‘Moonlight On The River’ (the album’s longest track at seven minutes) which builds from a dazed vibe to a trippy outro of blemished guitars and crazed laughter, all the while remaining utterly hypnotic.

Mac DeMarco pensively wanders through themes of relationships, love, family and age, which goes hand-in-hand with his more ambient electronic dabblings, for which he cited Mort Garson as an influence. ‘One More Love Song’ is a standout, with one of the most gorgeous choruses Mac has ever committed to tape, with the warm, soulful piano marrying beautifully with his lovelorn vocals. ‘On The Level’ is another highlight and possibly the records’ most entrancing addition, with an instrumental that wouldn’t be out of place on a Porches track.

This Old Dog might not be as instantaneously catchy as 2 or Salad Days were, but shows Mac DeMarco at his most content and, dare I say it, mature. It’s often melancholic, but soothes like a lullaby, as Mac swoons and croons his way through 42 minutes of summer-friendly jams, musing over his love and showing gratitude for life’s simple freedoms and pleasures. (8/10) (Woody Delaney)

Listen to This Old Dog here via Spotify, and tell us what you think below!