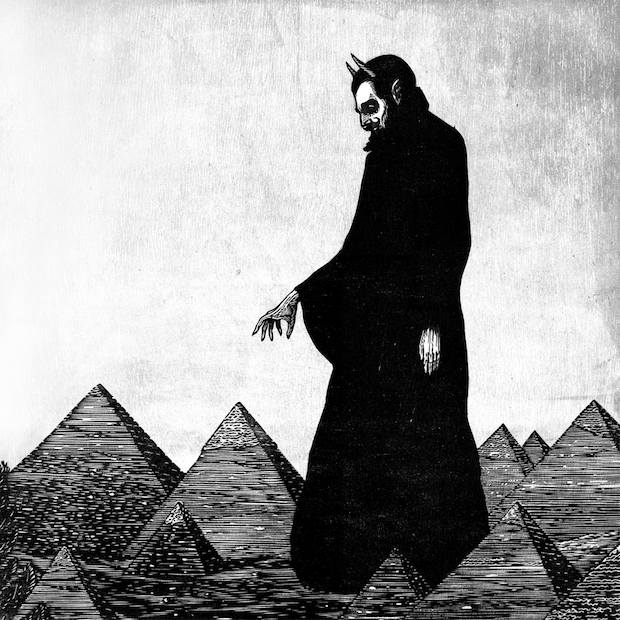 With eighth album ‘In Spades’, the resurrection and second chapter of The Afghan Whigs continues with considerable force and vigour.

Comebacks and reformations have been one of the most notable trends in popular music in the 2010s, and the effect has been both negative and positive. Whether it’s the slightly cynical monetising of nostalgia through playing entire albums for their 10th or 20th anniversary, or for releasing new music after extended hiatuses and introducing themselves to a new generation of fans, the reunion circuit is proving attractive for increasing numbers of bands.

However, very few of those reunions felt as natural as that of Cincinnati’s The Afghan Whigs in 2012. Always one of the more entertainingly morose and mystical of the American groups to have emerged in the grunge-dominated early ‘90s, Greg Dulli and his crew were responsible for some of the most enduring yet underrated records of the decade. 1992’s Congregation and 1996’s noir epic Black Love, in particular, were cited for Dulli’s visual lyrics, evoking paranoia and eroticism with his lusty and sincere vocals, and the unusual music of the group, which combined the range and expression of Stax/Motown soul with the dynamics of classic rock and psychedelia.

After six albums, the Afghans disintegrated in the early noughties, with assurances that they would never reform. However, although Dulli’s The Twilight Singers and his collaboration with Mark Lanegan, The Gutter Twins, kept him occupied, perhaps a return to his roots was inevitable. In 2012, an Afghans reunion was announced, and a seventh record, Do To The Beast, followed in 2014 and picked up exactly where they left off. 16 years between that and its predecessor 1965 felt like they hadn’t passed at all, so natural and vital was the music.

Three years and one world tour later comes the Afghans’ eighth studio album, In Spades, showing that the reunion was a natural resumption of a career that had been suspended in time, not just some glorified victory lap or nostalgia trip. Musically, the new album touches base with all the elements that made The Afghan Whigs’ original run so special, but points at a stable and long-term future for the band.

Interestingly, In Spades is the first Afghan Whigs album to be a full-band affair from the ground upwards since Black Love – other records have been done written either by Dulli himself or in league with the group’s co-founder John Curley. The result is a much more textured and sonically diverse record, with each of the group’s new members pitching in to a much greater degree compared to Do To The Beast, which felt more like one man’s vision. The soul-influenced aspect of The Afghan Whigs’ sound is also much more pronounced, brought out through some wonderfully lush and dense production work from Dulli himself.

Thematically, we’re in very familiar territory on In Spades, with Dulli’s exploration of memory and the unconscious self a recurring conceit for many of the album’s 10 tracks. Short opener ‘Birdland’ begins with the phrase “I was a child…”, and turns out not to be a tribute to the famous New York jazz club but to Dulli’s own Ohio neighbourhood when he was growing up. Characterised by orchestral sweeps and jabs, this gives way to the incredible ‘Arabian Heights’, a sardonic gem touted for the album’s third single and showcasing Dave Rosser’s dynamic drum fills over a tense, claustrophobic rhythm.

New single ‘Oriole’ is another noir-ish treat, also dealing with the process of remembering the long-forgotten past, whose chugging rhythm and orchestral flourishes replicate the overcast atmosphere creating by Dulli’s lyrics of experiences and innocence lost. “I wanna go deep down to where my soul has gone”, he laments on ‘The Spell’, a much sparser cut but no less spooky. ‘Into The Floor’ is the maudlin, dramatic closer to the album, a song written in reaction to Rosser’s inoperable cancer diagnosis during the recording process.

However, unlike the pitch-darkness of Black Love, there is a certain lightness to In Spades that stops it being completely, unredeemingly miserable and makes you want to listen to it all again immediately. The cocksure strut of ‘Arabian Heights’ and the brassy, piano-driven ‘Demon In Profile’ both showcase Dulli’s sensational vocals, both graceful and soulful but rough and raw. The modest ‘Toy Automatic’ introduces some jarring horns into the sound, hinting at the Afghans’ long-standing Stax influences, while ‘Copernicus’ is a wonderful, thumping triumph.

With In Spades, the resurrection and second chapter of The Afghan Whigs continues with considerable force and vigour, and the new record registers as their best in more than two decades. If only more bands thinking of getting back together could follow their example even half as well, dedicating their energy to a sense of renewal instead of just raking over the past, perhaps the whole reunion thing would be regarded with a lot less cynicism. (8/10) (Ed Biggs)

Listen to In Spades here via Spotify, and tell us what you think below!