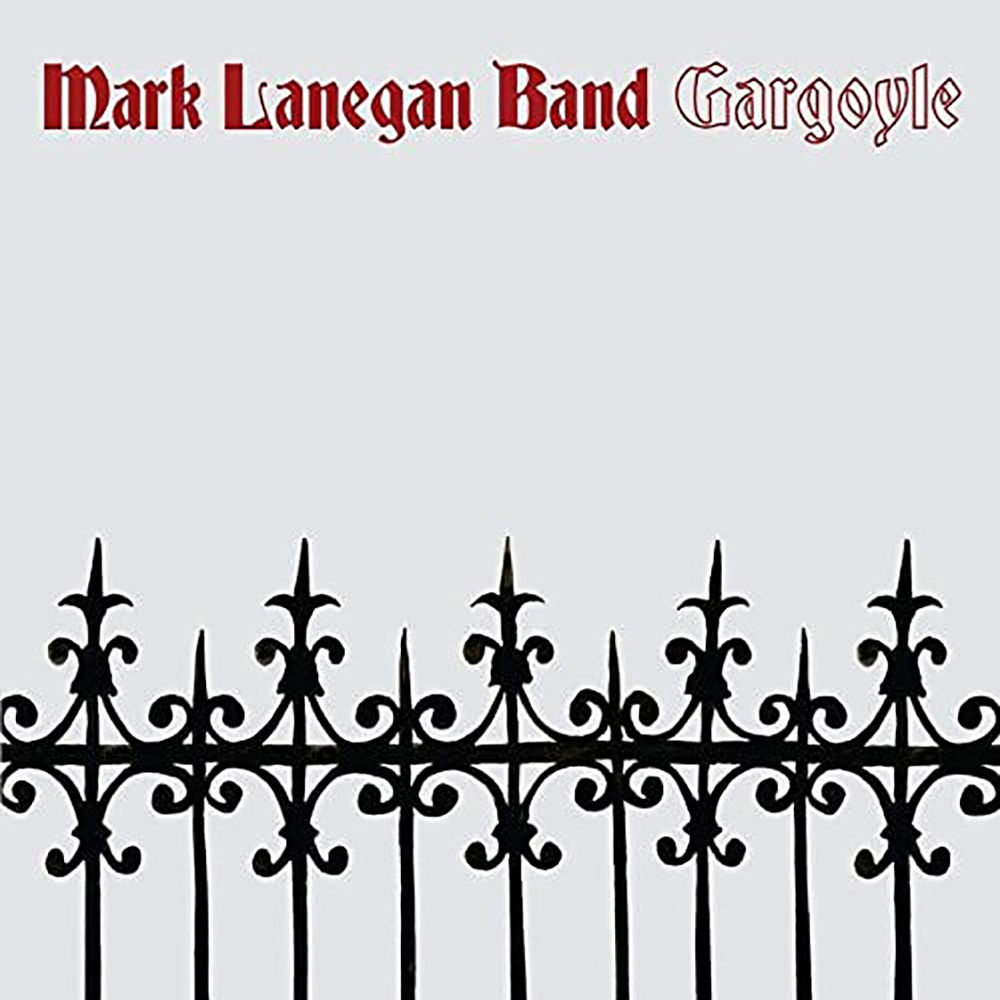 ‘Gargoyle’ is a reminder of Mark Lanegan’s talent as an artist in his own right, not just us a creative foil for others.

Up to this point, Mark Lanegan has had a very unassuming career in music, most notably being the frontman for grunge rock band Screaming Trees whilst upholding a solo career that he forged in the early ‘90s. Despite the fact they released several albums during the ‘80s and prior to the grunge outbreak, Screaming Trees’ impact at the time feels somewhat undermined when looking at their contemporaries. Nirvana, Alice In Chains, Soundgarden and Pearl Jam are considered the Big Four of grunge. This is unsurprising when albums Nevermind, Dirt, Badmotorfinger and Ten, respectively, were all released within a year of each other. In addition, Nirvana had Kurt Cobain, Alice In Chains had Layne Staley, Soundgarden had Chris Cornell and Pearl Jam had Eddie Vedder – this is serious competition to live up to.

In this period, Screaming Trees responded with Uncle Anaesthesia (1991) and then Sweet Oblivion (1992). The latter most certainly felt more connected with the grunge genre and both have a hooking factor when one is listening. However, when compared to the four albums mentioned previously, there is a lack of uniqueness or any indication of icon status attainment. Hence, their status was swept under a rug in Seattle somewhere.

After Screaming Trees disbanded at the turn of the new millennium, Lanegan focused on his solo career in addition to working on numerous occasions with Josh Homme’s Queens Of The Stone Age. Meanwhile, the so-called grunge Big Four started becoming musically irrelevant (except Nirvana for obvious reasons) – they were the Davids, if you will, and Lanegan had become Goliath. For example, Pearl Jam’s sixth album Binaural is a bland, mind-numbing experience that goes in one ear and comes out the other with nothing for the brain to process and store in the memory banks. In the past decade, only Alice In Chains have released material worth splashing cash over. Anyways, back to the main man.

Lanegan’s solo efforts have provided means necessary to reinvent himself consecutively with each album release and propel his seemingly Bowie and Cohen-accustomed vocals and a much-needed freedom of expression. His previous album Phantom Radio is a fulfilling and entrancing pleasure of a record. His new record Gargoyle insinuates a rockier element but collaged with colourful synthesized loops in some areas. A good example of this is ‘Blue Blue Sea’ where Lanegan throws out some thought-provoking gothic lyricism, as the album title suggests. ‘Sister’ is also backboned with a running loop but due to its five-minute length, it gets too repetitive too quickly and could have been cut down to a more reasonable length. It should have paid more attention to more haunting ‘First Days Of Winter’ with ghostly, atmospheric synth laminations and chilling lyrics like “Been searching with these tombstone eyes / Looking for a new disguise.”

Conversely, ‘Emperpor’ and ‘Beehive’ sees more guitar work entering the arena as the catchy chord progressions and Lanegan’s baritone vocals spark a tingling sensation. But if it is bass that interests oneself, the opener ‘Death Hand’s Tattoo’ does enough to please. However, the track feels out of place as the album introducer and should have maybe swapped places with either of the other two tracks. On the other hand, perhaps Lanegan wanted to encircle the dark and gothic notion of Gargoyle at early doors. If so, ‘Nocturne’, with its menacing bassline and evil agenda, conveyed by “Anchor round your neck / Christ is in your hands”, should have come first. The closing track ‘Old Swan’ is surprisingly counterintuitive and uplifting that draws the album to pleasurable close.

It’s difficult to find a message or exact meaning behind Gargoyle. What it represents could maybe be open to interpretation. No matter how one listens to this new LP, the instrumentation remains appealing and stimulating; forgiving a couple of dull moments in the process. Lanegan’s past solo albums unlocked unforeseen doors to his creativity as an artist – Gargoyle is no exception. (7/10) (Harry Beynon)

Listen to Gargoyle here via Spotify, and tell us what you think below!