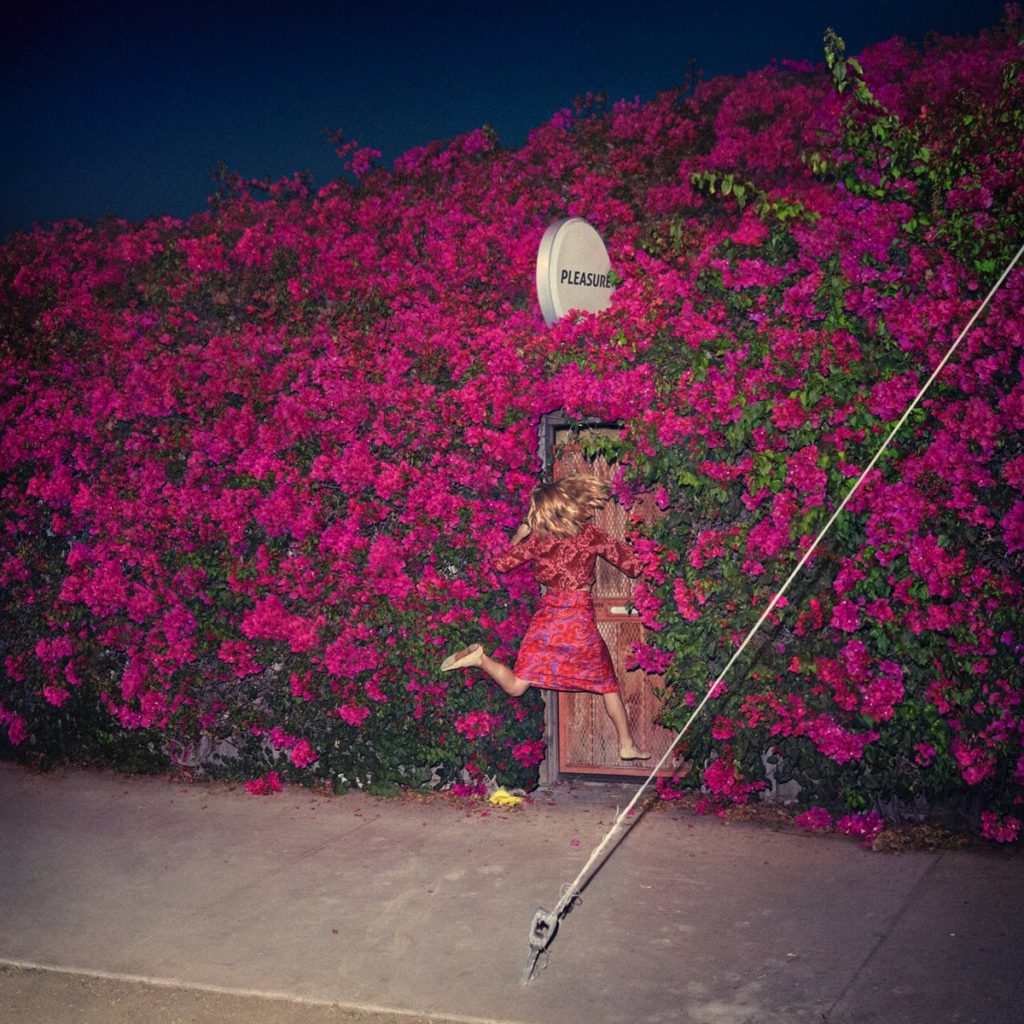 ‘Pleasure’, Leslie Feist’s first album in six years, shows that her strange, playful power has not diminished with time.

After a six-year break from the music world, Canadian singer-songwriter Leslie Feist returns with possibly her most mature, introspective and sensitive album to date. Pleasure is a poetic look at the challenges of aging, and retrospective analyses of her past all collected within an 11-track LP, that manages to not get impaired by clichéd song writing or overproduction.

“I was raw and so were the takes”, spoke Feist of the recording process for Pleasure. The intent shows, with titular song ‘Pleasure’ opening the album with a stripped down guitar riff that showcases restraint, backed up by a lo-fi fuzz from the room of recording in the background. Even more so than her 2007 breakout album The Reminder, the record has a very ‘live sessions’ feel about it. Throughout the album you can hear coughs, door creaks, neck slides, string bends, and other recording room ambience that would usually get edited out of the final mix. Feist is smart to leave it in, as it both gives the sound a needed sense of grounded realism and atmosphere, considering the general themes and aesthetic of the album. As well as that, it is also a nod and a wink to the Leslie Feist of the late 2000s, who, apart from the same radiating tranquility and overt blues and rock’n’roll influences, shares little with the Leslie Feist of today.

Listening to the album with a context of Feist’s earlier work gives you a feeling of maturing and natural growth. There’s no big, playful break-up anthem in the form of ‘1234’. The single ‘Century’ is by far the most hard-hitting song off of the track list, evoking PJ Harvey’s earlier works and featuring Jarvis Cocker. But even with that, the album contains next to none grandiose major chord progressions. ‘Any Party’ is the song that comes closest to that description of form, but even then, the chords and progressions contain a certain dissonance and inherent melancholy to them. The sheer minimalism of the whole thing might be indicative of Feist bit-by-bit leaving behind her more rock or punk-infused persona from her early work and time with Broken Social Scene.

‘A Man Is Not His Song’ fittingly plays with the idea of subverting expectation. It is a reasonably “chilled” acoustic song, with a steady groove and serene vocals. While it does a lot with vocal layering, it never progresses to anything even remotely heavier than just that. And then, right when the song starts to fade out and you’re expecting another one to begin, the song suddenly fades into a snippet of Mastodon’s ‘High Road’. The transition is so jarring that at first listening, I thought I accidentally opened a pop-up somewhere. However, it serves the message of the song strangely well even though it’s just a seemingly very random Easter egg. As Feist stated in an interview with Pitchfork: “It felt right at the end of this observation that a man is not his song, and nothing is really what it purports to be.”

Pleasure is a consistent, perhaps a bit crude in places, but nevertheless graciously live-sounding album, as well as a commendable release for an artist refusing to cash in on the nostalgia of her bigger hits. It takes a certain kind of elegance to age well, not succumbing to whatever “glory days” you had, but continuing to evolve, sidestepping easy clichés and having enough confidence in yourself to keep releasing material in line with who you are currently. In the end, that is the only possible way to stay relevant. In regards to this, Pleasure is a very appropriately titled album. (8/10) (Ellie Wolf)

Listen to Pleasure here via Spotify, and tell us what you think below!