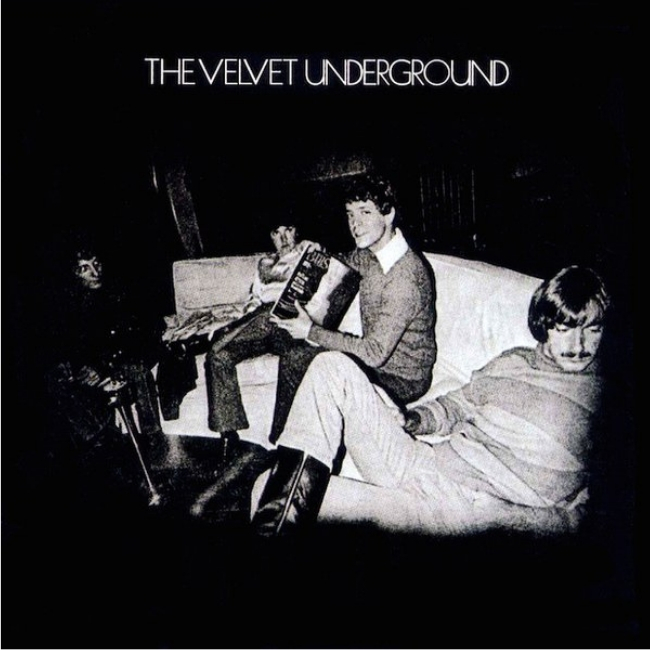 In between the dazzling avant-garde architecture of that 1967 debut album, still rightly celebrated today as one of the greatest albums in history, and the pure pop of their 1970 album Loaded, the third, self-titled album by The Velvet Underground sometimes goes under-appreciated. But the fact is that The Velvet Underground is as broad and versatile as that legendary debut, and very nearly as brilliant. Released in early 1969, a point at which the hippie dream of two summers before was about to be extinguished for good at Altamont, and at which most music stars had ditched the outrageous excesses of psychedelia for a return to earthier rock roots (see the Stones’ Beggars Banquet and the Beatles’ ‘White Album’), the Velvets’ third record made a similar stylistic shift, but in their case it was one brought about by a change in personnel over anything else.

Following the release of 1968’s mesmeric White Light/White Heat, the Velvets’ co-founder and bassist John Cale quit the band after a power struggle with lead singer Lou Reed, and was quickly replaced by Boston-based musician and songwriter Doug Yule. Apart from adding a different burst of creative impetus – his writing was far more pop-orientated than Cale’s often bloody-minded bent towards the leftfield and experimental – Yule was also a talented singer in his own right, giving the new-look Velvet Underground a double threat when it came to performance.

The band were determined to avoid repeating themselves, the sessions for White Light/White Heat having been fraught with tension. This time around, the sessions were filled with optimism. “I was pleased with the direction we were going and with the new calmness in the group, and thinking about a good future, hoping people would smarten up and some record company would take us on and do us justice,” drummer Maureen Tucker said looking back, while Yule said The Velvet Underground “was a lot of fun. The sessions were constructive and happy and creative, everybody was working together.”

That new sense of harmony over discord is detectable in the opening bars of The Velvet Underground. ‘Candy Says’ was soft, delicate and melodic in its beauty, where previous discography highlights had tended to be avant-garde and abrasive, also acting as a fantastic curtains-up moment for Doug Yule. In the same vein was the sumptuous ‘Pale Blue Eyes’, an exquisite and tender confessional. These two tracks hinted at a more mature songwriting aspect to the band, with even Lou Reed evolving from his image as fucked-up street poet to tackle more mature subjects. The devotional ‘Jesus’ is also solemn and quiet in its demeanour. Andy Warhol’s influence, so prominent on their first two albums, was becoming far less obvious now – even if ‘Candy Says’ was about Warhol’s muse, the transsexual icon and actress Candy Darling.

In some ways that change is indicated as soon as you pick up the record, with the band striking a clean-cut, conservative pose in sweaters and collared shirts. But that’s not to say that all the weirdness had suddenly disappeared from The Velvet Underground, however. The presence of nine-minute ‘The Murder Mystery’ as the penultimate track, a stubbornly avant-garde construction of raga rhythms, hypnotic organs and overlapping spoken-word and counterpoint vocals, was an outré moment even by their standards.

For the most part, though, The Velvet Underground seems to fuse the twin tendencies represented by Reed and Yule to make some genuinely brilliant musical compounds. ‘What Goes On’ is the same kind of streetwise melody that the Velvets had specialized in for two albums by now showed that the original image of the group had entirely been shaken off; the more straightforward rocker ‘Beginning To See The Light’, the downbeat power-pop of ‘I’m Set Free’ and the reflective, arty folk-rock of ‘Some Kinda Love’ all reflect the slight but detectable shift in the group’s sound here. Partly, it was down to the personnel changes, but also a determination from Reed, Sterling Morrison and Mo Tucker not to repeat themselves.

A special mention, though, for what has in some ways grown to be the most popular track from The Velvet Underground, the sweet closing number ‘After Hours’. It’s a beautiful, ever-so-slightly twee vignette of resigned loneliness, sung by drummer Maureen Tucker, who was eventually persuaded to get behind the mic by Lou Reed because he felt the song was “too innocent and pure” for him to sing. Reminiscent of 1930s Tin Pan Alley tunes, it’s Tucker’s untutored, impromptu vocal take that spins the magic and charm here, in the same way as Meg White’s occasional vocal turns with The White Stripes.

For the much of the remainder of 1969, The Velvet Underground were on the road, honing their live act and hoping for the ever-elusive commercial breakthrough. It didn’t arrive, however, with the album reaching a lowly #197 in the Billboard 200 and a mere two places higher than White Light/White Heat. Losing money hand over fist, the band’s label MGM decided to cancel their contract by the end of the year in a cull of 18 artists on their roster that bosses associated with drug-taking. Atlantic subsidiary Cotillion then picked up The Velvet Underground for what almost all fans consider to be their last hurrah, Loaded – as opposed to the pathetic 1973 effort Squeeze, recorded by Doug Yule alone and a Velvet Underground album in name only.

While their debut album with Nico will always remain their most iconic and important album, as well as their best, The Velvet Underground plays an equally significant part in the band’s mythology. Very different in sound and emphasis, favouring melody and harmony over dissonance and difficulty, it proved that The Velvet Underground could turn their hands to a large variety of different material and still sound groundbreaking.

Influenced by: Bob Dylan, The Beatles, The Byrds, The Beach Boys