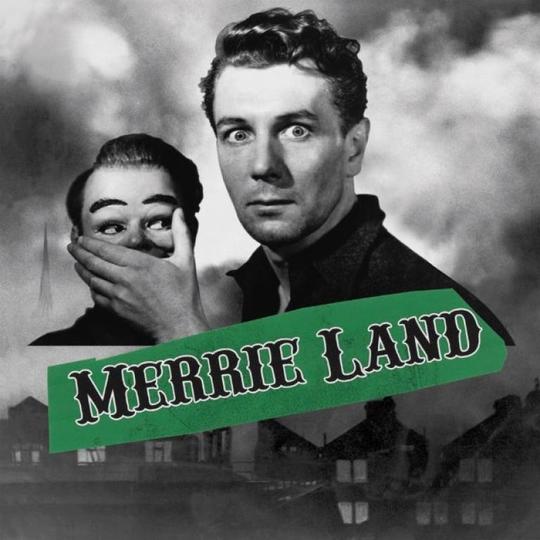 Following the absolute shambles that was the EU Referendum, Damon Albarn, known commonly as “that bloke from the Gorilaz and Blur”, journeyed around Britain to get back in touch with a sorry nation that has been pushed into a shit-show of striking alterations fashioned by the Conservative government.  Gathering again with The Clash’s Paul Simonon, The Verve’s Simon Tong, fabled Afrobeat drummer Tony Allen, and produced by Tony Visconti, Albarn’s supergroup The Good, The Bad and The Queen is resumed with their second album Merrie Land, into which Albarns tales of travel have channelled.

After almost 12 years since their self-titled release, the timing of Merrie Land is textbook, with the UK and EU having settled on draft terms of a Brexit agreement. This short-lived collection of politically mindful songs draw attention to British identity.

‘Introduction’ could not be more British if it tried. Lasting all of thirteen seconds, audio of a not- entirely-accurate excerpt (or at least one altered to better suit this album) from the prologue of The Canterbury Tales by the late-fourteenth century English poet Geoffrey Caucher is read. “And especially from every shires end of England, the holy blissful martyr for to seek, that them hath helpen when they were weak”.

The title track ‘Merrie Land’ sounds like a fever dream in a fairground, haunted by spiralling funfair organs and the unhappy strings. “This is not rhetoric, it comes from my heart, I love this country, Daneland, I am your kin”. Albarn’s mournful vocals only add to the almost dystopian feel of this track.

‘Gun To Your Head’ evokes a similar strange dream-like state. It is upbeat but dislocated, especially towards the end. The record up to this point has a firm grip on lucidity. ‘Nineteen Seventeen’ carries on this sentiment.

“Where do I go now, where does it seem to be free, where do I go now now, where will you carry me”, ‘Lady Boston’ reflects on the end of an age, layering out stuttering organ sounds, birdsong piano, more of Simonon’s steady plodding bass and a choir which lift up the angelicality of this song above the sombre tone of Albarn’s words.

Spoken dialogue on the short operetta that is ‘Last Man To Leave’ pokes fun at how Brexit caught Albarn with his head in the clouds, unprepared and just getting along with his own business as he states “I’m taking it personally, I’ve got to rewrite, The story that they flaunted around and hoicked us all, I was just getting on with my business.”

‘The Poison Tree’ is a farewell from the UK to the EU, almost like a breakup song or a love-letter. “If you got dreams you keep, and you’re leaving me, I’ll see you in the next life”.  Merrie Land is a haunted album, and British history and wonders of the uncertain future of this nation are the ghosts at the feast. Britain is descending into the abyss, we have all bought houses in the abyss, our post is being forwarded to the abyss. We don’t like the abyss and this record captures that well. (7/10) (Rebecca Corbett)

Listen to Merrie Land here via Spotify, and tell us what you think below!