“No Elvis, Beatles or the Rolling Stones”: An Introduction to The Clash 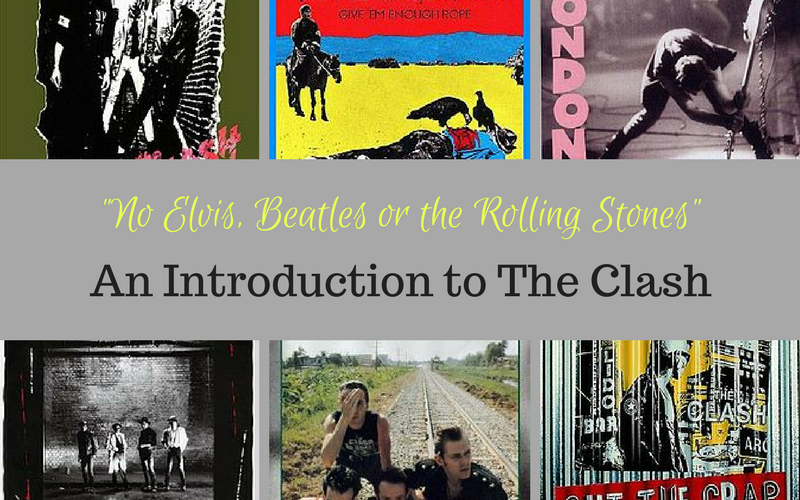 The ‘Blank Generation’ attitude of first-wave punk in 1977, with its safety-pin-and-spiky-hair clichés, was never going to satisfy a band as intelligent and fundamentally optimistic as The Clash. While the back-to-basics approach of the initial explosion of punk was culturally necessary, to commit an act of iconoclasm on popular music’s sacred cows and to press reset on the bloated excesses of much of early ‘70s rock, Joe Strummer, Mick Jones, Paul Simonon and Topper Headon needed something much long-lived and more ideological than that. It’s all very well tearing things down, but what are you going to build in its place?

With Strummer joining Jones’ hard-rock group London SS, having quit his pub-rock band The 101’ers, The Clash was born. They started out as one of the punk movement’s leading lights, though they often played second fiddle to the Sex Pistols during initial shock-and-awe period when punk grabbed national headlines in Britain. In the summer of 1976, they literally did play back-up, supporting the Pistols at a London gig and then on a UK tour later that year. However, unlike the Pistols who fell apart, The Clash very quickly evolved from the restrictive ‘three-chord’ formula and brought in more interesting musical influences into the mix. Where Johnny Rotten and Sid Vicious wanted to destroy, Joe Strummer and Mick Jones wanted to build.

Controversially signing a major label deal with CBS in February 1977, and under the management of Bernie Rhodes (a friend of the Pistols’ notorious svengali Malcolm McLaren), The Clash put out their self-titled debut album on April 8th, 1977. Over a five-year career from until 1982, when they were making serious inroads into America, their style eventually bore little outward resemblance to ‘punk’ but crucially retained its ethos. Politically and socially conscious, musically bold and innovative: there is virtually nothing not to love about The Clash and what they stood for. Rebels with a cause, the last band in town… many journalistic clichés have been coined because of them.

Many compilations, some excellent and thorough and some rather perfunctory and shallow, exist to provide a big-picture introduction to the group, the best of which is probably 2003’s The Essential Clash. 2007’s The Singles and an excellent B-sides album, Super Black Market Clash (1993), also exist for those willing to engage with the band via their exceptional singles output, many of which can’t be found on their regular albums. To mark the 40th anniversary of the release of their self-titled debut album, the next page contains a whistle-stop tour of The Clash’s six studio albums, and a Spotify playlist of their very finest moments.