CLASSIC ’90s: The Chemical Brothers – ‘Dig Your Own Hole’ 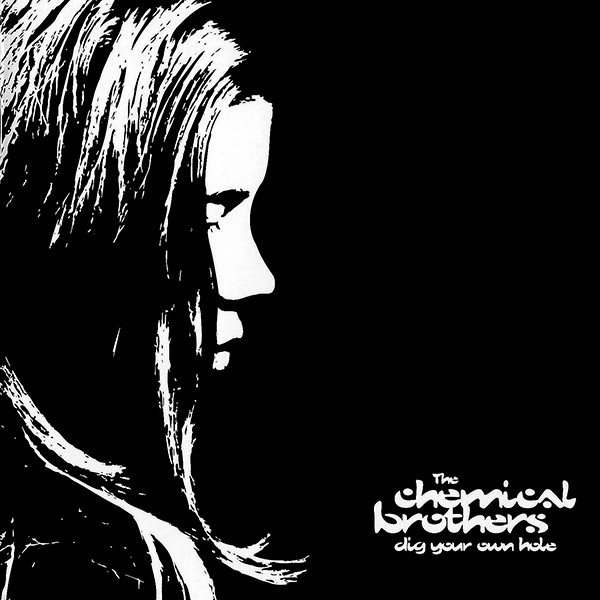 With their second studio album Dig Your Own Hole, The Chemical Brothers went from being one of the hippest names to drop in celebrity circles to household names and one of the biggest British dance acts of the 1990s. Along with the likes of Orbital, The Prodigy and Underworld, they were among the few dance acts capable of headlining festivals and filling stadiums.

Beginning life as The Dust Brothers before the American production crew of the same name launched a lawsuit, and releasing a number of white label singles and EPs in the early ‘90s, Tom Rowlands and Ed Simons’ 1995 debut album Exit Planet Dust had put them on the map, its delightful magpie approach to 25 years of pop, rock and hip-hop paying dividends and pushing techno into a new era. However, all the while, Rowlands and Simons held down a regular DJing residency at central London’s Heavenly Social Club, which was one of the headquarters for Britpop’s prime movers, where they got to meet musicians from all kinds of different backgrounds.

The new album’s lead single, ‘Setting Sun’, looks to have been the direct result of such celebrity connections. With Oasis’ songwriter Noel Gallagher taking on guest vocals on a riotously noisy psychedelic house track whose cavernous beats and rhythms sounded strongly reminiscent of the druggy haze of The Beatles’ ‘Tomorrow Never Knows’ – to the extent that many onlookers cheekily referred to it as ‘Tomorrow Never Noels’ – the Chemical Brothers stormed in at the top of the UK charts during peak Britpop and Cool Britannia in September 1996.

Months later, just before Dig Your Own Hole dropped, they scored a second consecutive chart-topper with the record’s opening track, ‘Block Rockin’ Beats’, and established themselves as a real cultural force to be reckoned with. With hip-hop breakbeats meeting hard-edged techno topped off with a Schooly D sample, it’s a great example of their eclectic approach to their influences and inspirations. “We don’t see the whole of music as one long, linear progression through time,” Simons explained to Mojo at the time, “but pockets of innovation and greatness that we can go back and access.”

But rather than sounding retro or nostalgic, Dig Your Own Hole and its hit singles were exactly of their time, and chimed with the wider Britpop aesthetic of shaping influences from the past to make something new. ‘Setting Sun’ and ‘Block Rockin’ Beats’ are as of their time as ‘Live Forever’, ‘Animal Nitrate’ or ‘Parklife’.

Essentially, Dig Your Own Hole sees Rowlands and Simons take the core principles of their debut and go harder and deeper with them. The black-and-white minimalism of its artwork, compared to the multi-coloured cover of Exit Planet Dust, seemed to communicate this more serious approach, as if the listener had stumbled across some secret, homemade mix rather than a major label studio effort. Again, like its predecessor, it was a crossover hit in which the principles of house could appeal to rock fans and arty indie kids, but also where the luminaries of guitar-driven Britpop could find an audience among hedonists and ravers.

The excellent ‘Elektrobank’, a minor hit as the album’s third single in an edited form, appears here in its full eight-minute glory and is one of the best examples of the Chemical Brothers’ boldness. Keith Murray, one of hip-hop’s original heroes, is sampled MCing and hyping a crowd, before manic breakbeats burst out of the mix. Towards the end, it slows down to something much trippier before becoming a druggy fog of distorted guitar and effects. On the calmer side of things, Beth Orton reprises the role she provided on Exit Planet Dust’s closer ‘Alive Alone’, contributing some delicious Sunday morning come-down vocals to the hungover and woozy ‘Where Do I Begin?’, which is the record’s penultimate track.

But Dig Your Own Hole is most definitely not all about the Chemical Brothers’ contacts book and who they can get to contribute guest vocals, and is often at its strongest during its lengthy, in-the-mix instrumentals. The irresistible funk of ‘Piku’ and the tightly coiled title track are more singular moments in a record characterised by genre mish-mashing, and the skeletal, reflexive techno banger ‘It Doesn’t Matter’ is one of the best deep cuts in the Chemical Brothers’ catalogue. Rowlands’ and Simons’ love of funk and hip-hop shines through on the sample-heavy funk of ‘Don’t Stop The Rock’ and the spacey, amusing interlude of ‘Get Up On It Like This’, both classic examples of the cross-pollinating approach that fans loved them for.

All the way through, the listener feels like they’re being taken on an odyssey rather than merely being presented with 11 individual ‘moments’, which is a triumph of pacing, track selection and mixing on the Chemical Brothers’ part. All of it builds up to the record’s highlight, the closing epic ‘The Private Psychedelic Reel’, which feels so much like the final destination of Dig Your Own Hole. A kaleidoscopic galaxy of different sounds, it’s a nine-minute encapsulation of the futuristic and boundary-pushing aesthetics of electronica in the 1990s.

By taking fragments of the past and using them to push back the boundaries of dance music so that it didn’t simply rely upon the kick-drum thump of techno as it had existed before, the Chemical Brothers made something startlingly and unexpectedly contemporary in the 1990s with their first three albums. Furthermore, it did not suffer from any self-conscious artiness and ironic distance that such an approach might suggest. 1999’s Surrender did more pioneering work in this field, but for the sheer intoxicating rush, Dig Your Own Hole is the best of the Chemical Brothers’ ‘90s output.

Listen to Dig Your Own Hole here via Spotify, and tell us what you think below!