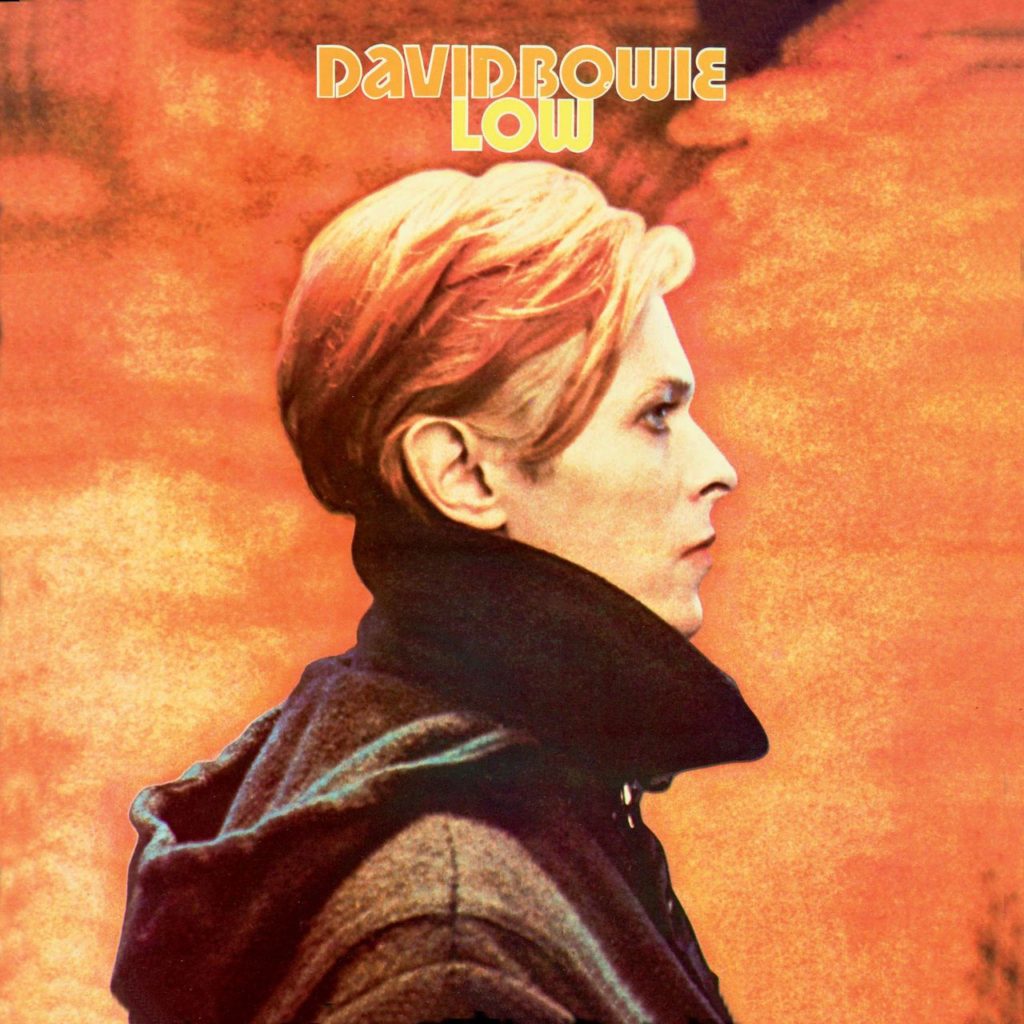 Of all the many great and influential albums that David Bowie ever made, it’s arguably the 1977 record Low that had the biggest impact on music subsequently. The first of the so-called ‘Berlin trilogy’ recorded in league with Brian Eno (even though it was made largely in France and was actually produced by Tony Visconti), it helped to trigger one of a number of musical revolutions that occurred at the end of the 1970s. After more than half a decade of being associated with the aimless noodlings of prog-rock as these complex and eye-wateringly expensive machines that only highly qualified technicians could operate, Low repositioned the synthesiser as something ‘cool’ for a new generation of aspiring pop and rock musicians.

But not only was Low an incredibly important album for popular music, it represented a critical turning point in Bowie’s personal and professional life. He had recently turned 30 and, despite his undeniable previous impact on the music scene, he was on the verge of becoming an old man in a young person’s game. Few chart stars around in 1977 were significantly older than him, it had not yet been proven that a career in pop could be sustained beyond that age, and the Sex Pistols had launched a revolution that threatened to sweep away icons such as himself.

But while punk had hurtled popular music back to year zero by noisily advocating the benefits of three chords and 2:30 songs, Low boldly stood as the very antithesis to the zeitgeist as its creator forced himself, at his lowest ebb, to re-imagine his own creative process. Paradoxically, by doing so, allowed Bowie to reclaim his edge and speak once again to youth culture by the time the first raging fires of punk had burned out, the much more interesting post-punk movement taking its cues from Low and artists such as Kraftwerk and Neu! by whom Bowie had been inspired.

On Low, particularly its second half of lengthy ambient explorations that was totally unprecedented for a chart star at the time, Bowie almost completely abandoned the language of rock ‘n’ roll to embark on what David Buckley described as “a kind of introverted musical therapy”. Indeed, his personal life was in a parlous state: he had relocated from Los Angeles to Switzerland to escape the drug and celebrity culture that had given him a raging cocaine habit (see the process of recording predecessor Station To Station in late 1975 for details…) and his marriage to first wife Angie was hanging by a thread. About his years in L.A., he said many years later: “It was a dangerous period for me. I was at the end of my tether physically and emotionally and had serious doubts about my sanity.”

There’s an undefinable but distinct sense of healing and catharsis going on throughout Low, of having hit rock bottom to allow a recovery to start. Where Station To Station was desperate, Low was utterly broken. Bowie pleads quietly and without any kind of optimism on the wonderful album highlight ‘Be My Wife’, which balances the avant-pop fragments of the album’s first side with the ambience of its second and acts as a fulcrum, positioned as track six of 11.

From then on, the chilling and spectacularly beautiful ‘Warszawa’ evokes utter hopelessness, as well as the frozen landscapes of wide central European streets; the robotic rhythm of ‘Art Decade’ and the pulsing motorik rhythm of ‘Weeping Wall’ follow, ending with the inexplicably moving ‘Subterraneans’ that commemorated those trapped in East Berlin when the wall went up. These lengthy, experimental pieces were inspired by the rejected soundtrack Bowie had put forward for Nicolas Roeg’s 1976 movie The Man Who Fell To Earth (in which he also starred).

The first half of Low is no less startling or melancholy, constructed from sonically adventurous instrumentals and scions of song fragments underpinned by the same rhythm section from Station To Station: Carlos Alomar on guitar, George Murray on bass, Dennis Davis on drums. The cavernous percussion and echoing guitars of ‘Speed Of Life’, created by Visconti’s cutting-edge Eventide Harmonizer, are a particular highlight, contrasted with ‘A New Career In A New Town’ which together bookend the first side.

It’s possible to see the first side as a continuation of its predecessor, but some of the content is truly a radical departure. The distorted, disorientated ‘What In The World’ and ‘Always Crashing In The Same Car’ are underrated gems from his catalogue. ‘Sound And Vision’, the closest thing to a hit even though the vocals don’t start until more than a minute in, is a song about writer’s block itself, Bowie sitting in his “blue, blue, electric blue” room literally waiting for the muse to strike. ‘Breaking Glass’ is sub-two-minute insight into the ravages of addiction, a song fragment of stiff funk cross-hatched with jarring synths that fades out, incomplete.

When it was released – something RCA was initially reluctant to even do – Low received distinctly mixed reviews and performed only modestly in the charts. Over the next couple of years, however, the critical opinion swung overwhelmingly in favour of it and its successor “Heroes”, also released in 1977, for the great impact it had had on the post-punk movement and the new romantics. The guitar rock revival of the early 2000s spawned a number of bands indebted to the sound that Eno, Visconti and Bowie produced during their time together – Interpol, Franz Ferdinand and Bloc Party were the most prominent.

While Ziggy Stardust will always receive the popular vote, Low is the critics’ darling, the album that most die-hard fans would place in their personal Top Three of Bowie records. Pitchfork named it as the greatest album of the 1970s, while the NME placed it at #14 in its 2013 list of the greatest albums of all time. It is certainly the best example of rock’s greatest chameleon and shape-shifter re-inventing himself at a time when he might have been the most threatened.

Listen to Low here via Spotify, and tell us what you think below! Is it David Bowie’s greatest album?