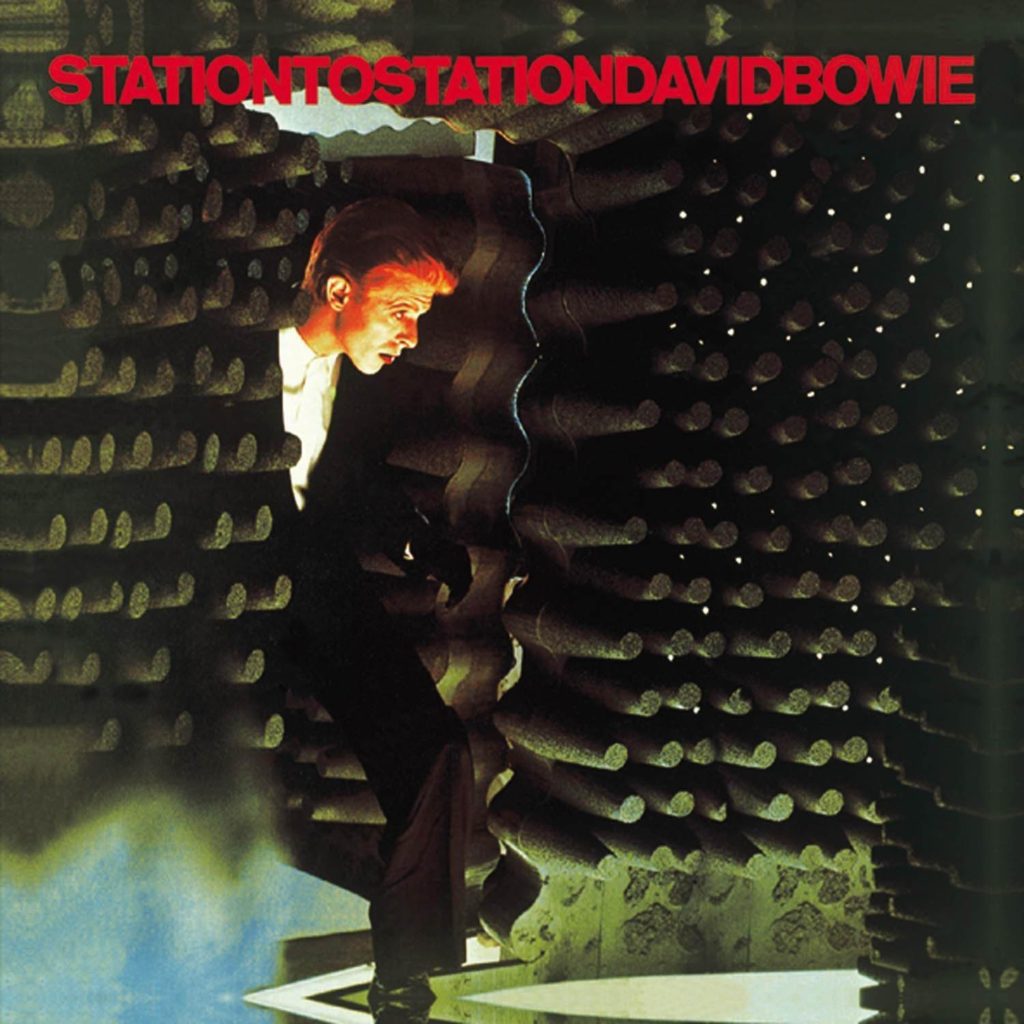 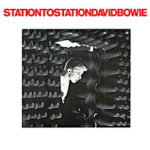 Front cover of ‘Station To Station’

Station To Station is noteworthy in Bowie’s discography in as much that it serves to represent a transition between eras, from the Ziggy Stardust… / plastic soul of the early 1970s to the experimental electronica of his so-called ‘Berlin Trilogy’ of 1977-1979. We therefore catch a glimpse of the inner workings of Bowie’s psyche and creative process, and it makes for fascinating listening. The character constructed for this album was the Thin White Duke, an emotionless, aristocratic madman who sings songs of romance with an agonised intensity but who feels nothing inside (“ice masquerading as fire” according to the then NME editor Charles Shaar Murray).

Yet of all his characters, the Thin White Duke was closest to the person that Bowie really was at the time – he was deeply paranoid, ‘in a state of psychic terror’ according to his biographer, subsisting on a diet of red peppers and milk, combined with an astronomic cocaine habit and alleged dabbling in the occult on top of devouring the works of Nietzsche and Aleister Crowley. His personal life was in tumult after two years spent in New York and then L.A., and his marriage to Angie had more or less completely collapsed. The mask frequently slips on Station To Station and Bowie is revealed to be in the depths of depression, coping with the pressures of his now transatlantic fame and constant touring, finding strange new outlets for those stresses. Somehow, he pulled it all together to make an album of brooding, intensely paranoid epics that also managed to be danceable, in parts.

The new band line-up on Station To Station would be the one that accompanied Bowie through his second golden era of the late 1970s, including the metronomic Dennis Davis on drums and Carlos Alomar, on his second Bowie record of a stretch that would last until the late ‘80s. The transitional sense is highlighted by the disjointed, inconsistent flow of the album as it leaps between genres. The funk and disco elements of the previous year’s Young Americans remains on ‘Golden Years’ and ‘Stay’, yet the breath-taking, 10-minute title track and ‘TVC15’ experiment with krautrock, motorik rhythms and cold, harsh guitar sounds that would be further explored in on the following year’s Low and “Heroes”, among the most celebrated records of the ‘70s.

Indeed, ‘Station To Station’ ranks as one of Bowie’s most ambitious tracks ever, but is rarely heard because of its sprawling, segmented length. However, it serves as a microcosm for his entire ethos on this album, starting as piece of harsh, austere krautrock before unfurling into a weird Germanic funk compound. It also introduces his character “the return of the Thin White Duke / throwing darts in lovers’ eyes” and laying bare the jarring contradictions of the Thin White Duke’s (and his own) psyche couplets like “it’s not the side effects of the cocaine / I’m thinking that it must be love” such with a heartbreaking sense of disconnection. Bowie stars as his character on the minimalist artwork, with white tuxedo and slicked-back hair, looking extremely similar to his lead character in Nic Roeg’s excellent film The Man Who Fell To Earth later in 1976.

Closest to the precipice of emotional collapse is ‘Word On A Wing’, building slowly as Bowie uses Christian imagery to reach out for some kind of emotional catharsis as the hymn-like atmosphere explodes mid-way, as he sings “Lord, I kneel and offer you my word on a wing / and I’m trying hard to fit among your scheme of things”. Odd, when juxtaposed with the stiff yet unmistakably dance-oriented hit single ‘Golden Years’, but this contradiction is a metaphor for its author’s erratic mindset. The desperate insecurity of ‘Stay’, one of those ‘should have been a single’ moments, also falls into this category. Station To Station ends spectacularly, with a harrowing cover of the ballad ‘Wild Is The Wind’, among Bowie’s most brilliant vocal performances that affords the listener an insight to his ravaged mental state. 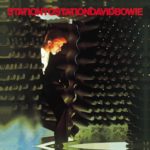 Bowie would use the experimental sounds of this album as a springboard for his next three albums, making Station To Station a critical juncture in his back catalogue. It is paradoxically one of his most accessible and varied albums, but also one of his least penetrable and understandable. While previous Bowie albums such as Ziggy Stardust… and Aladdin Sane sold more copies and are more celebrated, Station To Station is an often overlooked career highlight and, despite a lavishly expanded 2010 reissue, still in need of critical and popular rediscovery.

Listen to Station To Station here, and tell us what you think below!