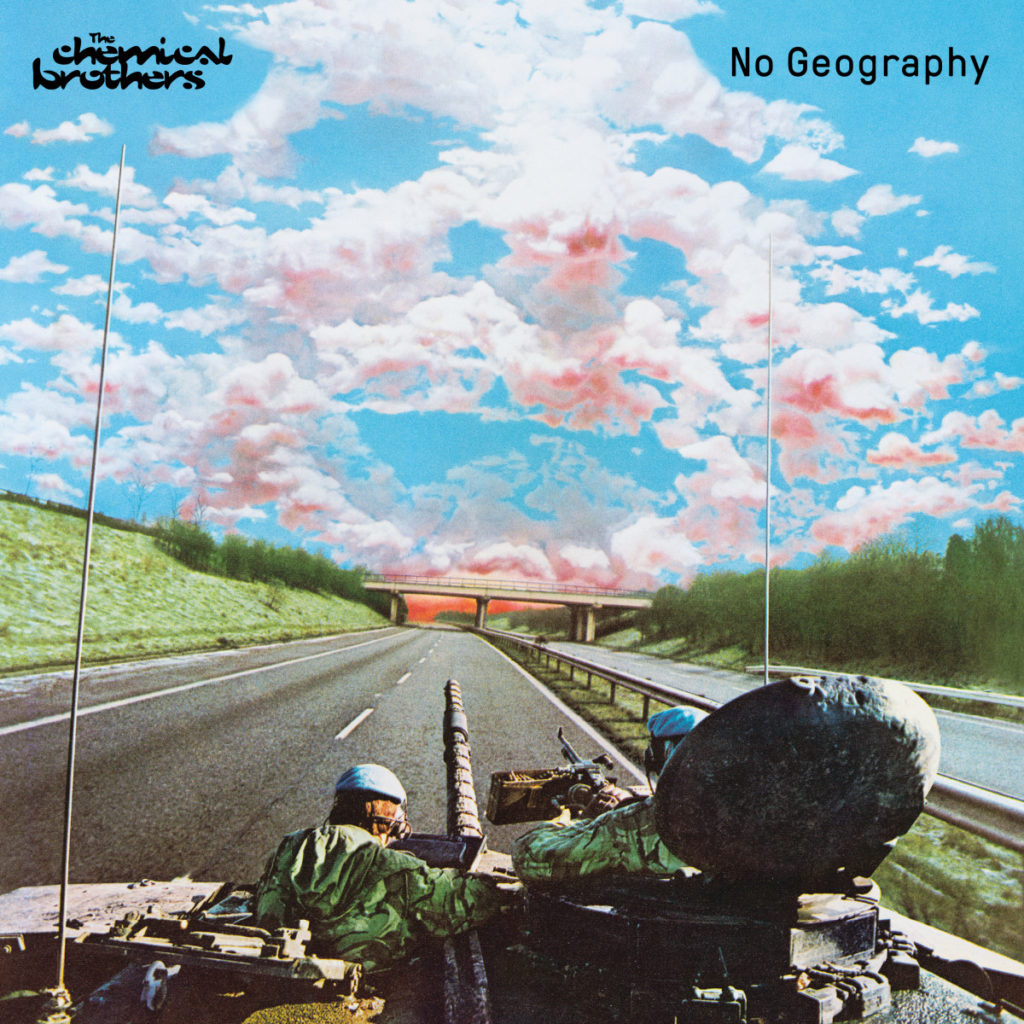 Looking to their past for inspiration but skillfully avoiding the traps of cheap nostalgia, ‘No Geography’ is the best Chemical Brothers album in 20 years.

With a promotional roll-out that began over six months ago, it’s fair to say that No Geography is the most anticipated Chemical Brothers album in recent memory. Their ninth studio album over a quarter-century lifespan follows in the footsteps of 2010’s Further, ditching the stereotypical Chemical Brothers modus operandi of getting the best indie/pop/rock frontpeople of the day to serve as guest vocalists and focusing instead on deep cuts and use of vocal samples. Many of the new tracks have been market-tested in front of live crowds on the duo’s extensive tours throughout 2018. Just as notably, No Geography was made using the same samplers as the Chems’ first two records, 1995’s Exit Planet Dust and 1997’s Dig Your Own Hole. Simons and Rowlands noted that the restrictions offered by the comparatively basic technology forced them to be creative in a different way than that to which they’ve long been accustomed.

It also means that the new album has an enjoyably throwback feel, without ever feeling deliberately retro or nostalgic. At it’s best, No Geography has some of the effortlessness of their Nineties glory days, particularly the already familiar ‘Free Yourself’ that appeared last summer with its intense build and sparkling drop. The jam-like workout of ‘Gravity Drops’ recalls the quality of deep cuts like their ‘Electronic Battle Weapon’ series, designed for clubs rather than the charts.

The bad-acid feel that sometimes permeated their last outing Born In The Echoes is also retained. The creepy dinner-party laughter that heralds the mad brilliance of recent single ‘MAH’ is a great example. It also features the kind of vocal sample that’s usually too obvious for the Chemical Brothers but somehow seems appropriate in our febrile, divided times (“I’m mad as hell / I ain’t gon’ take it no more”). The funky, elastic bass and strict beat of the opener ‘Eve Of Destruction’ is prefaced by the distorted digital voice of Norwegian singer Aurora, the only outside collaborator that Simons and Rowlands worked with on No Geography. She reappears on the gentle, psychedelic journey of ‘The Universe Sent Me’, and her presence as a kind of outward-facing reference point for listeners is a great hook on which to hang the album in its opening moments.

That implicitly political feel to proceedings – stated most obviously in ‘MAH’ – is present elsewhere. The poetry samples in title track ‘No Geography’ are a recognition of co-dependence and independence, and the idea that geographical distance no longer means you can’t connect with and understand people. The brace of recent singles ‘Got To Keep On’ and ‘We’ve Got To Try’, the first an intensely psychedelic and noisy party track at its peak with some breathtakingly pretty drums and glittery chimes, the second a mash-up of soul, acid-house and trip-hop. None of this is anything revolutionary, with many tracks reminiscent of previous Chemical Brothers glories, but it’s the wired intensity and sense of fun with which the ten tracks are delivered that makes No Geography such a winning experience – the sound of partying in spite of the world running down.

Given the general high quality of the Chemical Brothers’ live shows and back catalogue of enormous hits, it’s no surprise that No Geography is as vital as it is. But if you think about it in context, it’s nothing short of incredible that Tom Rowlands and Ed Simons are as big a draw as they are in 2019. So few of their peers from the Nineties big-beat scene are still going, let alone putting out strong and credible material. Offering a range of styles from all-out raves to blissful electronic psychedelia, and with a barely concealed political urgency underpinning it, No Geography is the best Chemical Brothers album since Surrender two decades ago. (8/10) (Ed Biggs)

Listen to No Geography by The Chemical Brothers here via Spotify, and tell us what you think below!