REVIEW: Band Of Skulls – ‘Love Is All You Love’ (SO / Silver Screen) 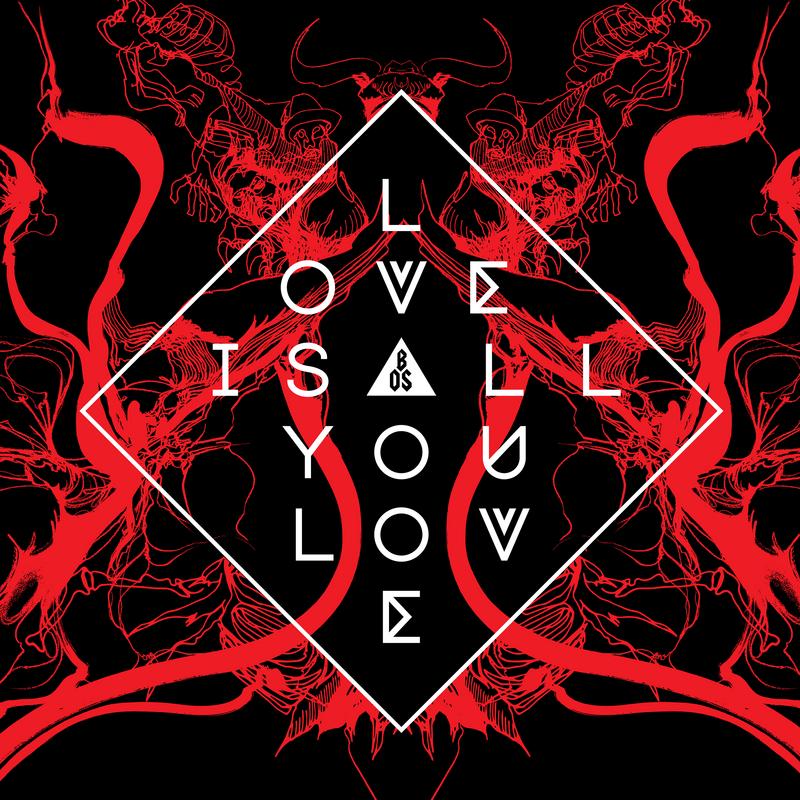 Bringing in electro-pop producer Richard X for their fifth album ‘Love Is All You Love’ was a necessary but not entirely successful attempt at change for Band Of Skulls.

A decade into their career, Band Of Skulls have toned down the kinda-blues kinda-indie rock of their previous releases, and with the help of producer Richard X, who has worked with the Sugababes, Liberty X, and Rachel Stevens to name a few, have opted instead for a more dance-orientated sound for their fifth album. Following the departure of long-time drummer Matt Hayward, frontman Russell Marsden has remarked how the band were at a creative crossroads; Love Is All You Love is the result of a tentative experiment to redefine Band Of Skulls by further incorporating electronic instruments and influences into their work.

Several tracks display the guiding hand of Richard X quite obviously. Pulsating dance beats and catchy vocal hooks take precedent on this album with some surprisingly great results, particularly given their leaden last outing By Default. The opener ‘Carnivorous’ is an infectiously catchy introduction to the new sound, mixing snappy house beats, and synth bass thrum with more traditional heavy rock flourishes. ‘Cool Your Battles’ is slightly more mellow but equally as anthemic; here uplifting rock chords work in harmony with driving bass kicks. Lead single ‘We’re Alive’ is possibly the best synthesis of rock and dance, and the band somehow manage to make an expression of frustration with millennial gloom into a summer floor-filler. But second-last track ‘Speed Of Light’ is more filler than floor-filler, proving to be the least captivating of the symbiosis, and it’s something that fundamentally hobbles the album.

Even on the slower tracks, the house beat continues and at times feels unnecessary. Nevertheless ‘Sound Of You’ is the most dreamy and melancholic, combining broody atmospherics with wispy guitar delay. On the other hand, ‘Thanks A Lot’ is feel good yet forgettable, and let down by a tepid chorus that delivers only disappointment.

But the few tracks to survive the electronic revamp are some of the strongest on this record. Although the triumvirate sits uncomfortably between the more dance orientated tracks, they illustrate that Band Of Skulls can still conjure up some wicked garage-rock. Highlight ‘Not The Kind Of Nothing I Know’ combines the impish singing of Emma Richardson with a monster riff reminiscent of Royal Blood.

Love Is All You Love has all the hallmarks of a transitional record and is admirable in its attempt to combine genres, if not entirely successfully. ‘Carnivorous’, ‘Cool Your Battles’, and ‘We’re Alive’ impress the most here and show that such experimentation can be quite successful sometimes. Unfortunately they are eclipsed by poorer effort at fusion which end up as dull generic filler such as ‘Thanks A Lot’. Perhaps it was a mistake to work with a producer who has no experience or even any particular love for rock music – as Marsden himself suggests. On the last song ‘Gold’ the indie-rock influence is so completely forgotten that Band Of Skulls start to sound like a Bruno Mars cover band. Indeed, it is their familiar indie-garage rock that shines more on this record than any of the experimental elements. (5/10) (Jake Leigh-Howarth)

Listen to Love Is All You Love by Band Of Skulls here via Spotify, and tell us what you think below!