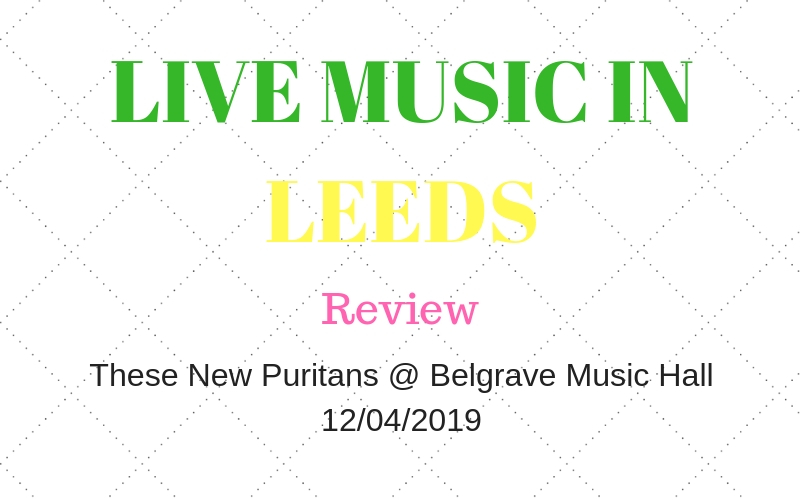 Given that These New Puritans are responsible for one of the best albums of the decade, it’s pretty dispiriting to see that the Belgrave Music Hall is barely over a third full for Friday night’s gig. Perhaps it’s the six-year gap between albums that’s faded their profile from the public’s consciousness, but considering that TNP were once prestigious enough to be given the honour of performing their last record Field Of Reeds in full with an orchestra at London’s Barbican back in 2014, it feels like something of a demotion for them as they get the tour for their recently released fourth album Inside The Rose underway.

After the whirlwind of beats and effects that constitute the support slot from Vessel – a.k.a. Bristol-based musician Seb Gainsborough – a gradually building bass whomp heralds the arrival of Jack Barnett and his faithful collaborators. The first half of the set is built from the prime cuts of their latest album – there’s something striking about the sight of three musicians using drumsticks in synchronized manner on ‘Infinity Vibraphones’. However, the percussive elements are given so much prominence on tracks like ‘Into The Fire’ that Barnett’s voice often seems lost and flattened, something that might be down to the context of their surroundings.

But when the frontman suddenly announces “we’re going back in time”, the crowd connects a bit more with These New Puritans. The big hitters from 2010’s masterpiece Hidden, like ‘We Want War’ and ‘Fire-Power’, get a great reception, while the ethereally beautiful ‘Organ Eternal’ from Field Of Reeds even gets a weird mosh-pit going. Returning for their encore, the punky thrash of ‘En Papier’ from 2008’s debut album Beat Pyramid even gets an airing, a song that betrays TNP’s origins as post-punk revivalists (albeit extremely intelligent ones) way back then, before the predatory, pummelling funk of ‘Attack Music’ brings their set to a close. Their status may be somewhat diminished in 2019 after such a long time away, but These New Puritans are still a great live draw – in the right setting.