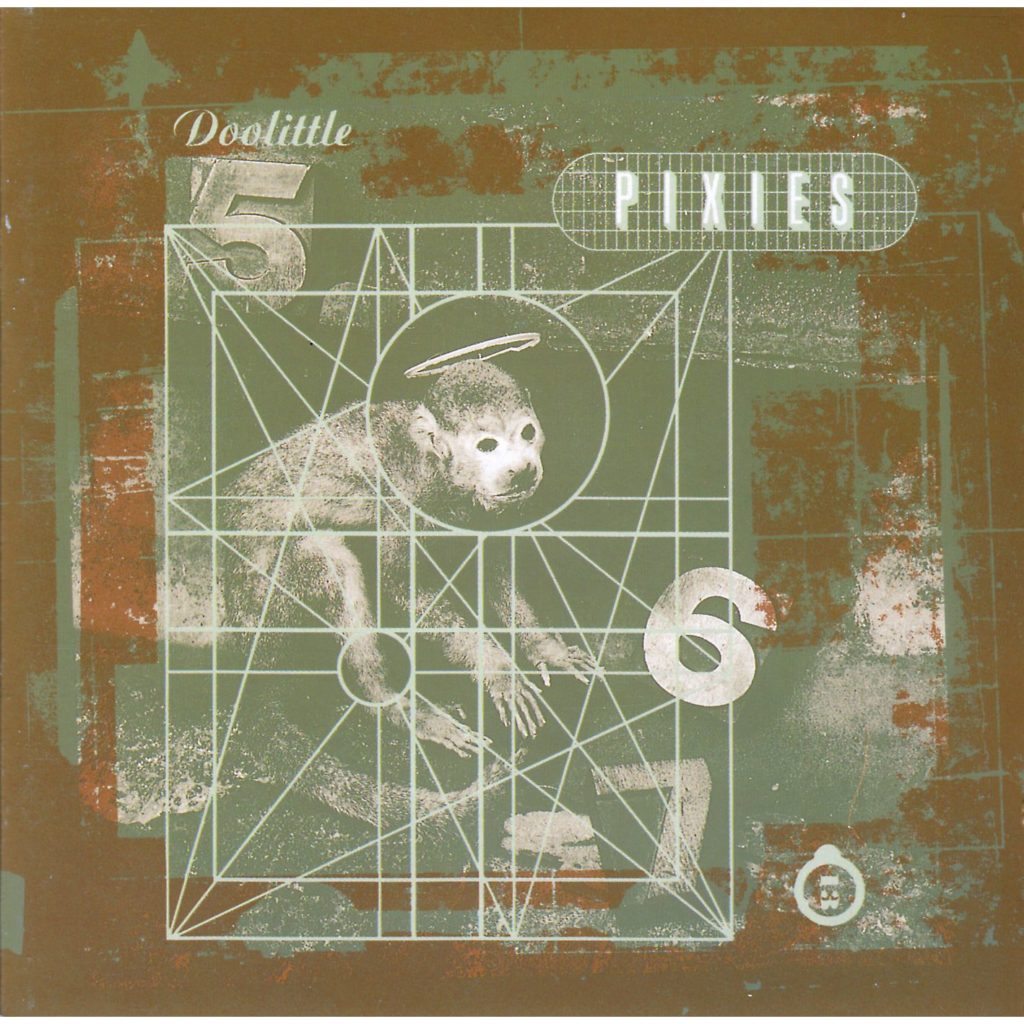 Alternative rock legends Pixies have been chasing the reformation dollar for the last decade and a half, playing festivals across the world and becoming the favoured name-drop of indie kids the world over, even those not old enough to remember them the first time around. They’re the kind of artists where everybody has almost certainly heard some of their songs, even if most of them are unaware that it was them. But what exactly is it about them that’s so special?

An enormous part of their legacy is their second album Doolittle. Released in the middle of April in 1989, it’s a key point in the development of the genre we know today as alternative rock. Though it’s a miscellaneous category, adjacent to ‘indie’ but kind of a catch-all term for everything from Arctic Monkeys to Dirty Projectors, it would mean something quite different now if it weren’t for Pixies. Doolittle expanded the musical boundaries of their Steve Albini-produced 1988 debut Surfer Rosainto a self-enclosed little universe that speaks its own musical language, almost entirely unlike anything heard before. That’s due to the presence of Gil Norton behind the production desk, who was able to draw out another dimension of their music that Albini’s heavy-as-hell anti-pop approach necessarily missed.

Doolittle has the feel of an adventure playground where different-sounding tracks contribute towards a singular experience. Itfrequently veers from quite twisted and frenetic punk-pop to something a lot more straightforward and accessible. Such as when Black Francis goes from his demented screams on ‘Tame’ to the surf-pop melodies of ‘Wave Of Mutilation’ in one go. Or the squalling guitar histrionics of ‘I Bleed’ to the fist-pumping Beatlesque ‘Here Comes Your Man’. And the doomed eco-anthem ‘Monkey Gone To Heaven’ to the creepy sort-of-Latin rhythms of ‘Mr. Grieves’, and the eerie slide-guitar of ‘Silver’ following the desperate ‘Hey’… we could go on and on. But these sudden changes in mood are characteristic of the schizophrenia that typified Francis’ writing, and testament to the conviction with which his cohorts Kim Deal (bass), David Lovering (drums) and Joey Santiago (guitar) could turn their hands to many styles and sound so fresh, energetic and innovative. Several of Doolittle’stracks sound like they’ve been forged in the fires of hell, like metal twisted and bent out of shape but resembling something familiar.

Then there are the lyrics of these songs, which put together represent Black Francis’ finest collection and make Doolittle truly memorable. The surrealism of their trademark song ‘Debaser’, featuring sliced eyeballs and references to 1929 art-house film Un Chien Andalou, are just a taster. Francis takes you on a whistle-stop tour through his fertile, eclectic imagination. Biblical figures rushing to the toilet (“Uriah hit the crapper” – ‘Dead’), man-made environmental disasters (‘Monkey Gone To Heaven’, ‘Wave Of Mutilation’), tongue-in-cheek deconstructions of love songs (‘La La Love You’), tattooed prostitutes (‘No.13 Baby’) and a supporting cast of freaks and psychos (‘Crackity Jones’) are just some of the wider themes and specific allusions that Francis fits in. The imagery is a cracked reflection of Francis’ strict religious upbringing as a child. Combined with the restless creativity of the music, the overall package is remarkably versatile, and has proved to be a source of inspiration for countless hundreds of bands subsequently.

Upon release, Doolittle initially sold modestly, but its reputation and chart positions grew for months afterwards, hitting the Top 100 in the US and the Top 10 in the UK and exceeding sales of 100,000 more than six months after release. The sudden loud/quiet dynamic had a clear influence on Kurt Cobain, who used the trick to memorable effect on their breakthrough single ‘Smells Like Teen Spirit’ just over two years later. The dynamism that Gil Norton brought to it continues to land him production work with bands even now, who seek the same impact as Pixies had. Opinion is split between fans of the group as to whether Doolittle or its predecessor Surfer Rosa is the superior album. Both are undeniably extraordinary in their power and influence but, to our minds, thisedges it on the basis of greater accessibility. If you were to play a Pixies album to somebody who had never heard of them before, you’d pick Doolittle.

On subsequent releases, Black Francis seized total control of the songwriting and creative processes, resulting in the strange but classy Bossanova(1990) and the rather fragmented Trompe Le Monde(1991) that nevertheless didn’t slow their gradual increase in popularity. By 1992 they were rewarded with a support slot on U2’s Zoo TV tour before their split shortly afterwards. By the time that people began to appreciate their influence, on Nirvana, Smashing Pumpkins, PJ Harvey among others in the ‘90s and later a whole new generation of artists in the ‘00s, Pixies had already vanished from the scene. Though they may now have been adopted by jocks and fratboys, and their post-reunion albums struggle to live up to the quality of their output during their original incarnation, they remain one of the most important groups in indie history, and Doolittle represents their creative zenith.

Listen to Doolittle by Pixies here via Spotify, and tell us what you think below!