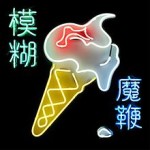 Front cover of ‘The Magic Whip’

The announcement of the first Blur album in over a decade, and the first with Graham Coxon since 1999, was one of the biggest music news stories of the first part of 2015. We’d had the big reunion (two of them), the emotional catharsis, the burying of hatchets, and for many, that would have been enough. But the existence of The Magic Whip seems to have solidified the fact of their reunion into something lasting, something physical. However, while an eighth Blur album gives them the chance to consolidate their legacy as a four-piece (in a way that the Coxon-less Think Tank simply couldn’t), it also risks undermining their reputation if they misjudge it. Fortunately, it’s better than even the most optimistic fan could have imagined, simply because they’ve chosen to be true to themselves as artists rather than try to match an external standard.

The story of how The Magic Whip came about sounds like one of sheer serendipity: the band had five days to kill in Hong Kong after a local festival was cancelled, so hunkered down in a local studio and emerged with the bones of the album that were later fleshed out with left-over song fragments and old ideas from Albarn’s laptop, all pieced together with the help of the returning Stephen Street, the producer behind the first five Blur albums. What’s amazing is how coherent and polished it all sounds, given that you’d expect a project constructed in this way to be uneven. You may have heard ‘Go Out’ when it was released on the day of album’s announcement back in February – as it turns out, it’s a bit of red herring for The Magic Whip as its one of the very few occasions we hear what might conceive of as “classic” Blur, for all its art-rock leanings. The classic Britpop sound is one that Blur are clever enough to know that they wouldn’t be able to replicate with any authenticity – so they haven’t tried. Instead, it sounds like Blur probably would have done by 2015 if they hadn’t split up, and sounds utterly relevant as a result.

Though reference points from Blur’s past are scattered throughout – the skewed rock of ‘On Your Own’, the mournful balladry of ‘This Is A Low’ – it actually sounds most similar to Albarn’s 2014 solo album Everyday Robots. It has the same wistful disposition, the same sombre aftertaste, and the same lyrical and musical themes of technology, social dislocation and the environment. But the other revelation of The Magic Whip is how united it sounds, like the four members are all pulling together in the same direction, for the first time since Parklife. Coxon has spoken ahead of the release about how he has worked around Albarn’s visions for the songs even though he was given primary control over the sound of the album, conscious of how he needs to repay the faith that Albarn and the group are showing in him, because of his acrimonious departure in 2002. But for his own part, Albarn still clearly recognises Coxon’s need to be in a group that makes challenging music, a compromise in existence since the fallout from the Britpop wars. So what you hear on The Magic Whip is an unspoken yet deliberate dovetailing of styles, of Albarn’s songcraft and Coxon’s art-rock structures.

Opener ‘Lonesome Street’ is pitched halfway between the doomed balladeering of The Great Escape and the grit of Blur, featuring a typical Albarn lyric about consumer culture (“what do you got? / mass produced in somewhere hot / you’ll have to go on the Underground / to get things done around here”). But just like ‘Go Out’, it’s one of just a few guitar-led moments on a record weighted slightly more in favour slow arrangements driven by primarily by pianos, keyboards and electronic sounds. The post-apocalyptic ‘Thought I Was A Spaceman’ is a more representative moment, a six-minute song that changes up a gear halfway through, replete with imagery of Hyde Park becoming a desert through climate change. One recurrent theme is ecological sustainability and population growth, on ‘…Spaceman’, ‘New World Towers’ but most plainly on the urgent ‘There Are Too Many Of Us’, a song inspired by the vertically designed, compressed high-rises of Hong Kong and the hastily thrown-up ‘rabbit-hutch’ new builds springing up around Britain. “We pose this question to our children / that calls them all to stray / and live in tiny houses / of the same mistakes we make” Albarn observes over stern strings and ominous rhythm.

Albarn’s evocation of distance, both cultural and physical, on the beautiful centrepiece ‘Pyongyang’ shows that his songwriting skills are as finely honed as ever they were, filled with imagery of palaces, coffins, cherry trees and silver rockets. The downcast ‘My Terracotta Heart’ is much more personal, as Albarn forlornly sings “running out of heart today”, but uses the same musical starting point. The boozy ‘Ong Ong’ is a lighthearted singalong that’ll go down well during their upcoming summer festival spots; ‘Ghost Ship’s louche reggae feel could have come from a Gorillaz album; the weird bloops and bleeps on ‘Ice Cream Man’ and ‘I Broadcast’ show that both Coxon and Albarn aren’t averse to a bit of collaborative experimentation here and there, amidst all the stately arrangements.

The Magic Whip is an unmitigated triumph of songwriting and arrangement. Albarn successfully puts small scale concerns of personal loneliness, technologically driven dislocation alongside grander themes of economic and ecological sustainability, and makes them reflect each other to make a coherent whole. In contrast to the garish artwork, it’s a record that takes place pretty much entirely in monochrome, and that paradox is at the heart of The Magic Whip itself. While Coxon, James and Rowntree very rarely let rip with their instruments, pretty much every song here is catchy and infectious after just one listen. There’s a healthy number of Instant Blur Classics that you can easily imagine appearing on a future ‘Best Of’ compilation. Not only is The Magic Whip a great album, it’s also a great Blur album and restates their relevance all over again, as if they’d never been away. (8/10)

Listen to The Magic Whip in full here!