A Brief History of Blur 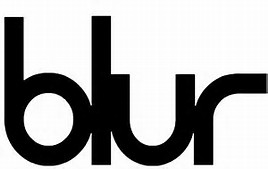 Last Thursday’s announcement of a new Blur album triggered an avalanche of excited social media reaction. Not only are they the most fondly-remembered band from the Britpop era alongside their great rivals Oasis, but they left behind a body of work that, by and large, has stood up to the test of time. Their summer reunion tours of 2009 and 2012 are the stuff of legend, but aside from a couple of singles, there was no sign of any significant new material.

But The Magic Whip, set to be released on April 27th, is not only a chance for everyone to reminisce; it also offers Blur the opportunity to right the wrongs of their ignominious demise over a decade ago. Furthermore, there’s the possibility of exposure to a new generation of fans, not just the now-forty-somethings that constituted their original fanbase. Coming from someone just slightly too young to enjoy them the first time around, a huge amount of their material has aged extremely well.

For the benefit of newcomers to their exhilarating back catalogue, we present a brief history of Blur.

Singer Damon Albarn and drummer Dave Rowntree were in a band called Circus, when Albarn was reunited with his school friend Graham Coxon (guitar). A line-up change in the group caused Coxon to be recruited, and soon afterwards his friend Alex James was roped in on bass. The foursome was now together – they renamed themselves Seymour, staging ludicrously chaotic art-punk gigs at dive venues around London for a year or so before being discovered by Food Records’ A&R guru Andy Ross, who signed them immediately.

Changing their name to Blur at Ross’s behest, the group’s sound mellowed and became more melodic. Dreamy first single ‘I Know / She’s So High’ (UK #48) was released in October 1990, followed by a successful tour supporting punk legends The Cramps. That was nothing compared to the plaudits for second single ‘There’s No Other Way’, a delightful piece of post-baggy that hit #8 in the UK and made them into Smash Hits! and TOTP stars overnight. For a while, it looked as if Blur had made it, but their initial stay in the spotlight was brief, and things started to unravel.

Next single ‘Bang’ stalled at #24, and the resultant album Leisure (1991) proved to be similarly disappointing despite a handful of good songs. Financial mismanagement had led to a debt of £60,000, which Blur attempted to pay off by embarking on an exhaustive tour of the US to sell T-shirts. Unfortunately, the day they arrived was the release of Nirvana’s Nevermind, which caused a sea change in the perception of British music. Blur were suddenly yesterday’s news: irrelevant and ignored, they began lashing out at each other. But Albarn had an idea to reverse their fortunes…

Plotting a musical backlash against American grunge and a reassertion of the principles of classic British pop (The Beatles, The Who, The Kinks), epitomised by excellent non-album single ‘Popscene’ (UK #32) Albarn took control of the group in crafting second album Modern Life Is Rubbish (1993). Led by an exquisite lead single ‘For Tomorrow’ (UK #28), it was a complete overhaul of Blur’s paradigm – ideology, image and music were all very British-focussed, and it was completely different to anything else around at the time.

Two more singles – ‘Chemical World’ (UK #26) and ‘Sunday Sunday’ (UK #26) – and while the album performed modestly at first, word gradually began to spread about Blur’s relaunch. Touring almost constantly throughout 1993, they were able to headline the second stage at that year’s Reading Festival. Out of nothing (well, a classic album and sheer hard work), Blur had acquired that rarest of assets: momentum.

Their next album Parklife was recorded quickly and released in April 1994, and its first single ‘Girls & Boys’ crashed in at #5 having found favour with Radio 1. The album itself was a slightly more cartoonish extension of the same aesthetics as Modern Life Is Rubbish, and it entered at Number 1 at stayed in the Top 100 for 90 weeks. Yielding three more classic singles – ‘To The End’ (#16), ‘Parklife’ (#10) and ‘End Of A Century’ (#19) – it was the peak of their critical and commercial respect.

Blur won four gongs at the 1995 Brit Awards, including Best Band and Best Album for Parklife, making household names and tabloid mainstays of the group. It was a revival that nobody could possibly have foreseen just two years before. Recording for fourth album The Great Escape was already well under way, but the scrutiny of the media was becoming too much for the left-field Coxon.

When lead single ‘Country House’ beat Oasis’ ‘Roll With It’ to #1 in August, the product of a fabricated war between Britpop’s brightest lights that the NME and Blur’s management had stoked, Coxon was increasingly unable to reconcile his art-rock leanings with playing on an “oom-pah” novelty record with a lewd Benny Hill-style video. At the party to celebrate the single’s success, he threatened to throw himself out of a window.

The Great Escape itself was a disappointment, with too many weak songs and Albarn stretching his character-based writing, on which he had built Blur’s previous two records, beyond the point of parody. Despite housing ‘The Universal’ (UK #5), one of their most famous singles, it lost them a great deal of critical and popular respectability, as their rivals Oasis won the public’s hearts and minds. Singles ‘Stereotypes’ (UK #7) and ‘Charmless Man’ (UK #5) performed well but were a shadow of their former glories.

Coxon’s unhappiness with Blur’s music, and Alex James’ party lifestyle, had reached the point that he sent Albarn a letter, saying that he wanted to make music to “scare people again”. Albarn, in turn, recognised the need to change Blur’s direction once more. Having fallen in love with Iceland on a holiday, he reconvened the group there to record their fifth album Blur, a record of sonic experimentation indebted to American indie and lo-fi, almost a total reversal of the spangly British guitar pop that had made them famous.

Its downbeat lead single ‘Beetlebum’ hit #1, followed by the throwaway glory of ‘Song 2’ (UK #2) which finally broke Blur in the United States, forming the soundtrack to endless sporting montages. A song they had previously used to soundcheck at gigs ended up making each band member $1 million. ‘On Your Own’ (UK #5) and ‘M.O.R.’ (UK #15) followed, two odd sounding records that alienated their teenage fanbase but did a great deal to ensure that Blur survived the post-Britpop cull.

Long-time producer Stephen Street was dropped in favour of vogue-ish electronica expert William Orbit for their sixth album 13. Coxon was given an even freer hand in its making, eventually becoming the dominant creative force ahead of Albarn. The result was Blur’s most uncharacteristic album to date, full of bold art experiments that set them even further apart from their peers. But despite the inaccessibility of most of the material, beautiful lead single ‘Tender’ (UK #2) became one of their best known songs.

The Coxon-penned ‘Coffee + TV’ (UK #11), with that animated milk-carton video, and the achingly sad ‘No Distance Left To Run’ (UK #14) were also released. Albarn had ended his long-term relationship with Elastica’s Justine Frischmann while writing the record, which explains 13’s mainly downcast nature. But partly it was down to the increasingly atomised state of the group. They rarely recorded in the same room at the same time, leaving Orbit to piece the songs together from extended jams.

In 2000, Blur hit the road to support a mammoth box set of their collected singles and their first compilation album The Best Of. It featured one new song, the baffling ‘Music Is My Radar’ (UK #10) which provided yet more evidence that the group was pulling in different directions. This was followed by a short hiatus, during which Albarn began work on his Gorillaz side-project and Coxon released a slew of lo-fi punk solo albums.

Three-quarters of Blur reconvened for work on their seventh album in June 2002, but Coxon was absent, having checked himself into rehab to wrestle his alcohol addiction and not told the group. When he finally attended the sessions in Marrakech in Morocco, Albarn in particular was frustrated at the lack of communication, and it seems that this was the last straw in a series of fractious moments in their relationship going back several years. Coxon left Blur by mutual consent soon afterwards.

Despite the altered inter-band chemistry and the disruptive process of its recording, Think Tank is a remarkably versatile album, full of world music inflections, brooding electronics, punk thrashings and tender moments of acoustic glory. Beautiful first single ‘Out Of Time’ (UK #5) showed that Albarn was capable of taking Coxon’s place on guitar, and while follow-ups ‘Crazy Beat’ (UK #18) and ‘Good Song’ (UK #22) didn’t fare as well, they demonstrated that Blur’s creative well hadn’t yet run dry. Coxon’s only contribution was on mournful album closer ‘Battery In Your Leg’.

The Verve’s Simon Tong replaced Coxon on a successful UK tour in 2003. Think Tank had, against all odds, proven to be a resounding triumph. Blur tentatively began work on another record, but the abortive sessions ended in mid-2005 and the group had, seemingly, disbanded for good. Albarn made another Gorillaz record, scored some musicals and got involved in a whole host of side-projects over the next four years.

In December 2008, Blur had announced that not only had Coxon and Albarn set aside their differences, but that a series of special concerts was planned for summer 2009. Two massive gigs in London’s Hyde Park, a headline performance at Glastonbury and at a host of other British festivals were enthusiastically received. Another compilation album, Midlife: A Beginner’s Guide To Blur, was released in support of the gigs.

Despite their success, no other activity was planned for the immediate future, aside from a limited edition single ‘Fool’s Day’ released in support of 2010’s Record Store Day. However, in February 2012, Blur stirred once more. The BRIT Awards recognised their Outstanding Contribution to Music, and a double A-sided single ‘The Puritan / Under The Westway’ was announced in time for another Hyde Park blowout, this time as part of the closing ceremony for the London 2012 Olympic Games. 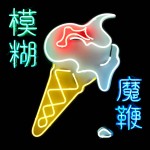 Front cover of ‘The Magic Whip’

A huge box set entitled Blur 21 was released to mark the occasion, as well as a thorough re-issue campaign of all seven of their albums. Nevertheless, there was still no sign of any new major material. But in February 2015, the group announced the release of an eighth album The Magic Whip, which not only reunited them with erstwhile producer Stephen Street but saw Coxon record a full album with Blur for the first time in nearly seventeen years.

Here’s the taster track for The Magic Whip – new single ‘Go Out’.