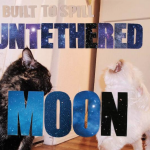 It’s been a long time coming for Built To Spill. The Portland-via-Idaho grunge-rock favourites’ last release was in 2009, their seventh studio record There Is No Enemy. The record didn’t generate a great deal of attention at the time, and by 2013 came along lead singer Doug Martsch complained that he felt “directionless”. Happily, an ever-changing line-up has seen Martsch naturally rediscover his mojo assemble a hugely talented bunch for Untethered Moon and the record has more of a classic rock feel to it; much closer to home than their last few records. Their style is still appealing: sprawling guitar riffs with a sense of thought and self-control. They’ve really taken care on this record to make it resonate with the modern day grunge soundscape. Think Dinosaur Jr combined with the special qualities of The War on Drugs.

Opening track ‘All Our Songs’ nicely sets the tone for the 10-track album. The combination of Match’s vocals and superb guitar solos, the quality continues with ‘Never Be The Same’ and ‘Horizon To The Cliff’. ‘Another Day’ is probably as close to the ‘90s version of Built To Spill as you can get. ‘When I’m Blind’ is an epic eight-minute end to the album with an artillery of guitar feedback and percussion. There’s very little evolution from past records, but Untethered Moon feels like their most solid over the last decade, and may be platform from which Built To Spill can establish themselves as a mainstay for the next few years. Here’s to hoping they can release another record of similar quality! Even for the ear of a listener who is unfamiliar with the work of Built To Spill there is enough here to draw in any fan of ’90 alternative rock. (7/10)