FROM WORST TO BEST: Blur singles 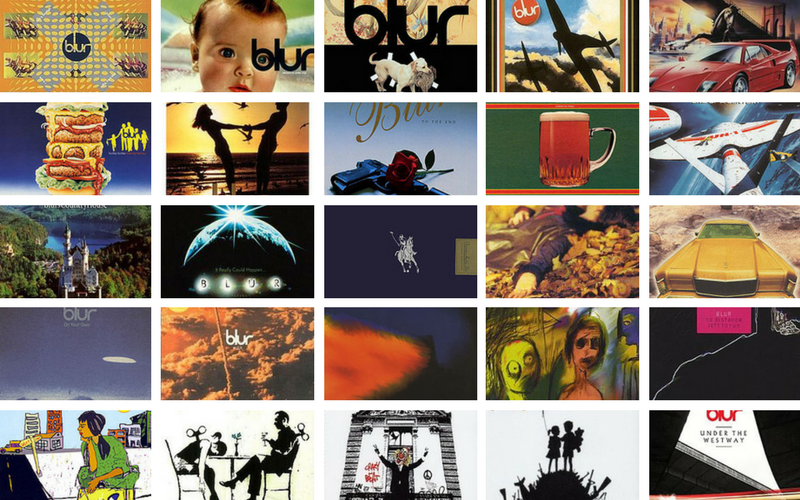 With only a couple of days to go until the release of The Magic Whip, their first album in 12 years and first since 1999 with Graham Coxon, what better time to look back at the history of Blur. Starting life at a shambolic yet entertaining art-rock band called Seymour, they signed to indie label Food Records and released their first single ‘I Know / She’s So High’ in October 1990. Twenty-five years and twenty-eight singles later, they’re on the eve of releasing their eighth record. Of all of the memorable moments, which is the very best? Ed Biggs and Matthew Langham present a combined list of all 28 Blur singles – including the first track from The Magic Whip ‘Go Out’ – from worst to best.

The wooden spoon competition for Blur’s worst single was never really in doubt. The third single from the critically derided The Great Escape, ‘Stereotypes’ is a gaudy nightmare of a song. Its uncomfortable, blowhard guitar riff jarring with the ugly keyboard riff that sounds like an evil clown laughing, as Albarn spins a yarn of middle-aged, wife-swapping suburbanites as the band lurches around all over the place. Yuck.

Coxon’s last Blur single for fifteen years is a curious yet completely forgettable knick-knack of a song. Released in support of the 2000 compilation Blur…The Best Of, it falls in the gap between very different eras of Blur and consequently feels like it doesn’t have a home in their catalogue. More accurately, it sounds like a Gorillaz track, with the emphasis on rhythm over melody as Albarn mutters and wails incomprehensibly over the top.

2003’s Think Tank was actually one of Blur’s best records, but the band had a frustrating tendency to release its weaker tracks as singles. Clearly going for a repeat of ‘Song 2’s loud guitar-driven histrionics, ‘Crazy Beat’ is nowhere near as precise, the energy spraying around like the X-Men’s Cyclops without a visor on without Coxon present to focus the noise in one direction. Fun for a bit, but ultimately rather empty.

The point at which the first musical incarnation of Blur started to go wrong, the unambitious ‘Bang’ completely failed to emulate the success of their glorious breakthrough ‘There’s No Other Way’. Never mind 24 years later, it sounded stale and dated pretty much immediately. In many ways, it is what it is: a piece of standard, by-the-book early ‘90s British indie, indistinguishable from a whole mass of stuff that other bands were producing at the time.

The selection for what would be Blur’s last single for nearly seven years was an understated one. ‘Good Song’ was a pleasant, melancholic little ditty that made perfect sense in the context of Think Tank, but not by itself. The whole thing had a one-take, DIY charm that unfortunately made it unsuitable for radio. Landing at a modest #22 in the charts, it was the first Blur single to miss the UK Top 20 in almost exactly a decade – the last one being the next on our list.

If ever there was a song more spectacularly out of place in the music scene of the time than ‘Sunday Sunday’, we’d like to hear it! The final single from Modern Life Is Rubbish was an unabashed, totally cheesy celebration of all things British. Concerning roast dinners, seeing family, chatting to old soldiers in the park – the second CD edition even contained two covers of music hall staples ‘Daisy Bell’ and ‘Let’s All Go Down The Strand’, for heaven’s sake – it was the thematic centrepiece of Blur’s image overhaul.

A double A-sided single with ‘The Puritan’ released in time for their Olympics closing ceremony in Hyde Park, ‘Under The Westway’ was the first commercially available Blur material in nearly ten years (2010’s ‘Fool’s Day’ was a limited edition release for Record Store Day). Plugging straight back in to their glory days, its London-centric iconography was strongly reminiscent of ‘For Tomorrow’ and Modern Life Is Rubbish. A little like shooting fish in a barrel, if we’re honest.

Speaking later in 1996, Albarn had already tired of ‘Charmless Man’, saying it was more suitable for inclusion in a musical, and it’s easy to see why. Musically, it was a loud, clumsy approximation of The Kinks’ ‘Plastic Man’, whose release occurred primarily to extend the shelf-life of The Great Escape. Despite an entertaining video where the band taunts the titular character, this was in many ways the nadir of Albarn’s mockney-cockneyisms and character-based songwriting, about an unlikeable social networker who “knows his claret from his Beaujolais”. Briefly entertaining, but far from their finest hour.