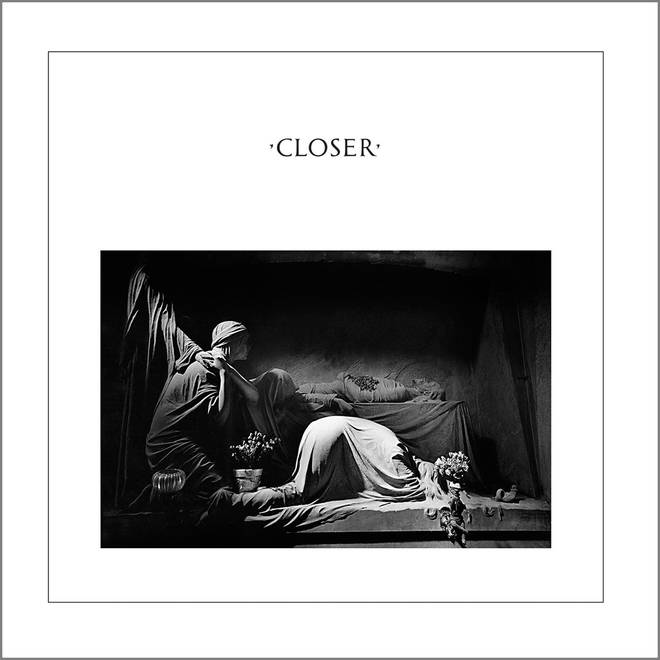 The story of Joy Division is such an oft-told one by 2020 that it’s amazing that anybody attempts to write about them at all anymore. About as much ink has been spilled regarding their iconic debut Unknown Pleasures as even the most exhaustive reader could possibly consume, reflected in the ubiquity of Peter Saville’s artwork in pop culture, those distinctive lines borne on trainers, backpacks and even coasters. In comparison, its successor, 1980’s Closer, receives less attention. Although it reached the Top Ten of the UK Albums Chart – an astonishing feat for a band on a regional independent label like Factory – it has a peculiar kind of ‘orphan’ status in the story of Joy Division and New Order. Released two months after their lead singer Ian Curtis had taken his own life, the band obviously never toured Closer, and its success was partially obscured by that of the stand-alone single ‘Love Will Tear Us Apart’, released around the same time and which became the calling-card and epitaph for both the now-defunct band and Curtis himself.

The period immediately following the release of their debut album in the summer of 1979 was one represented by a deepening and widening of their sound, with the band’s artistry evolving rapidly and their prowess in the live arena becoming ever more impressive. In the autumn of 1979, they embarked on a nationwide tour supporting their erstwhile mentor Buzzcocks, blowing them off the stage every night before adding insult to their injury by nicking stuff from their rider. They released the astonishing single ‘Transmission’, which eventually became their other signature song, before entering the studio to record ‘Atmosphere’, ‘Dead Souls’ and ‘Ice Age’, the first two of which were given away to French indie label Sordide Sentimental for release as a limited-edition single early in 1980. In October, on a brief tour of Belgium, Curtis met Annik Honoré, whose relationship would play such a huge part in the emotional dynamic of the songs that would make up Closer.

In the early months of 1980, Joy Division put down the definitive version of what would become their epitaph, ‘Love Will Tear Us Apart’, before heading down to London’s Britannia Row studios with Martin Hannett to begin work on their second album. A state-of-the-art space constructed by prog-rock giants Pink Floyd, Britannia Row provided a unique opportunity for both the band and Hannett to experiment further with their sound, a blank canvas with which to try something a little different. The band worked intensely, but Hannett organised sessions so that Bernard Sumner, Peter Hook and Stephen Morris would clear out in the evenings so that he could work one-on-one with Ian Curtis. That close attention explains the extremely clear and atmospheric vocals on Closer.

Just as he had done with Unknown Pleasures, Martin Hannett opened up Joy Division’s punk-based sound to create inner space, a place where Ian Curtis’s increasingly personal and unflinching lyrics could dwell. Whereas its predecessor seemed to be a psycho-geographic exploration of Manchester and its history, Closer journeyed inwards, the agonised soul of its creator essaying more general and universal themes of suffering, doubt and fear. Where Unknown Pleasures was taut and concentrated, here the band seem to be exploring many different possible futures, all the more tantalising since Joy Division never got to travel further down any of those paths.

Lyrically, Closer is the expression of a soul peering into the abyss. Ian Curtis had gotten himself into a relationship with another woman and feared he was about to split up with his wife Deborah, the mother of his baby daughter, on top of his worsening epilepsy condition and the mounting demands and pressures of being part of a touring band. At the age of just 23, it was an unbearable load for him, and the boundary between his personal torment and his bleak lyrical themes was completely erased, but it channelled itself into some extraordinarily powerful and poetic material. Journalist Paul Morley asserts that Ian Curtis was “actually experiencing trauma in real time, and pressing it so precisely into his lyrics”. But it isn’t just about chilling intensity – Closer is soulful and cathartic, too.

Right from the ghoulish intonation of “this is the way, step inside” like some macabre circus-masterover collapsing, hypnotic drums on opener ‘Atrocity Exhibition’ to the mournful “our heart’s lost forever” and the repeated “where have they been?” in the icy final track ‘Decades’, Closer is one of the most harrowing listening experiences available in popular music. Curtis sings the latter wearily and with resignation, as if he has the dreadful weight of eternal knowledge and experience on his shoulders. One desperately wants to avoid romanticising a tragedy and use journalistic clichés about Closer reading like a final testament from someone who knew he would not be long for this world, but it’s difficult to view these nine tracks from any kind of different perspective. Even if you argue that Closer’s weightiness was bestowed on it because of what had happened to its creator subsequently – as some do with Manic Street Preachers’ similarly heavy-as-hell The Holy Bible – rather than the intrinsic nature of the lyrics, you need to remember that the listening public never got the chance to hear it any other way: Curtis had taken his own life two months before it was even released. Peter Saville’s spine-chilling artwork selection of a gravestone in Genoa, the subject of much speculation, was merely an unfortunate and eerie coincidence, finalised before the singer’s passing. Ultimately, though, it pays to look at the creation rather than (just) the creator in this case, as it helps the listener to look past the mythology.

After all, the story of Closer is not just a story of Ian Curtis and Martin Hannett – it was a collective achievement from the entirety of Joy Division, who displayed their interest in experimentation as a unit. Hook had begun using a six-string bass, and Sumner and Morris began to push forward with their interest in electronica and drum programmes, influenced particularly by Bowie’s Berlin records and Kraftwerk’s groundbreaking albums. Much of the strangeness of Unknown Pleasures was down to Hannett’s treatment of the music, but on Closer, that alien nature is inherent to the music itself.

It’s also much more eclectic than its predecessor. The perky mutant disco of ‘Isolation’ is relentless and streamlined, presaging the kind of the direction that Sumner, Hook and Morris would end up pursuing on New Order’s debut Movement. That’s at one end of the scale in terms of tempo, with the glacial, neo-classical ‘The Eternal’, one of the most sombre pieces of music ever committed to record, at the other. In between, Closer houses the angular, martial drumming of ‘Colony’, the raging storm of guitars led by Hook’s charging bass on ‘Twenty Four Hours’, the layered precision of ‘A Means To An End’ and the morbid dirge of ‘Passover’ all under one roof, and somehow makes sense of it all.

The spectral atmosphere of ‘Heart And Soul’, which Curtis’s wraith-like vocal haunts rather than fully inhabits, is still one of the most remarkable moments from any band associated with punk, post- or otherwise. It also opens Closer’s second side like a portal into the netherworld, the point at which there’s no way back. From this point on, the listener must bear witness, the emptiness and finality of Curtis’s lyrics amplified by his bandmates’ hauntingly beautiful music. As the funereal ‘Decades’ fades out, the listener is moved to complete, respectful silence, like at the end of a particularly powerful film in the cinema when nobody wants to be the first to stand up to leave.

On the 18th of May, in the early hours of a Sunday morning at his home in Macclesfield on the eve of their first American tour, Ian Curtis watched Werner Herzog’s Stroszek, listened to Iggy Pop’s The Idiot, composed a note to his wife Deborah and then used the kitchen’s washing line to hang himself. Five days later, his body was cremated and laid to rest in Macclesfield cemetery, the memorial stone bearing the words ‘Love Will Tear Us Apart’.

At the encouragement of their manager Rob Gretton, the remainder of the band moved on as New Order relatively quickly, their debut album Movement coming out a little over a year after Curtis’s passing. Closer was a chapter that its grief-stricken creators, anxious to escape what had happened, shut the door on very quickly. It therefore has a strange kind of status, sealed off from the rest of their catalogue in a way, despite its universal acclaim. Whether you want to focus on the story and fate of Ian Curtis or the glistening beauty of the music itself, everyone can agree that Closer marked the end of a period of three short years and two studio albums during which five individuals – one songwriter, one producer and three musicians – re-wrote the rules and changed the trajectory of British punk. 40 years after its release, it remains an obelisk, a memorial to Joy Division as well as Curtis, paradoxically both marking the achievements of one of the most important British bands of all time as well as posing a tragic ‘what if…?’ question for what they might have gone on to create together.

Listen to Closer by Joy Division here via Spotify, and tell us what you think below!