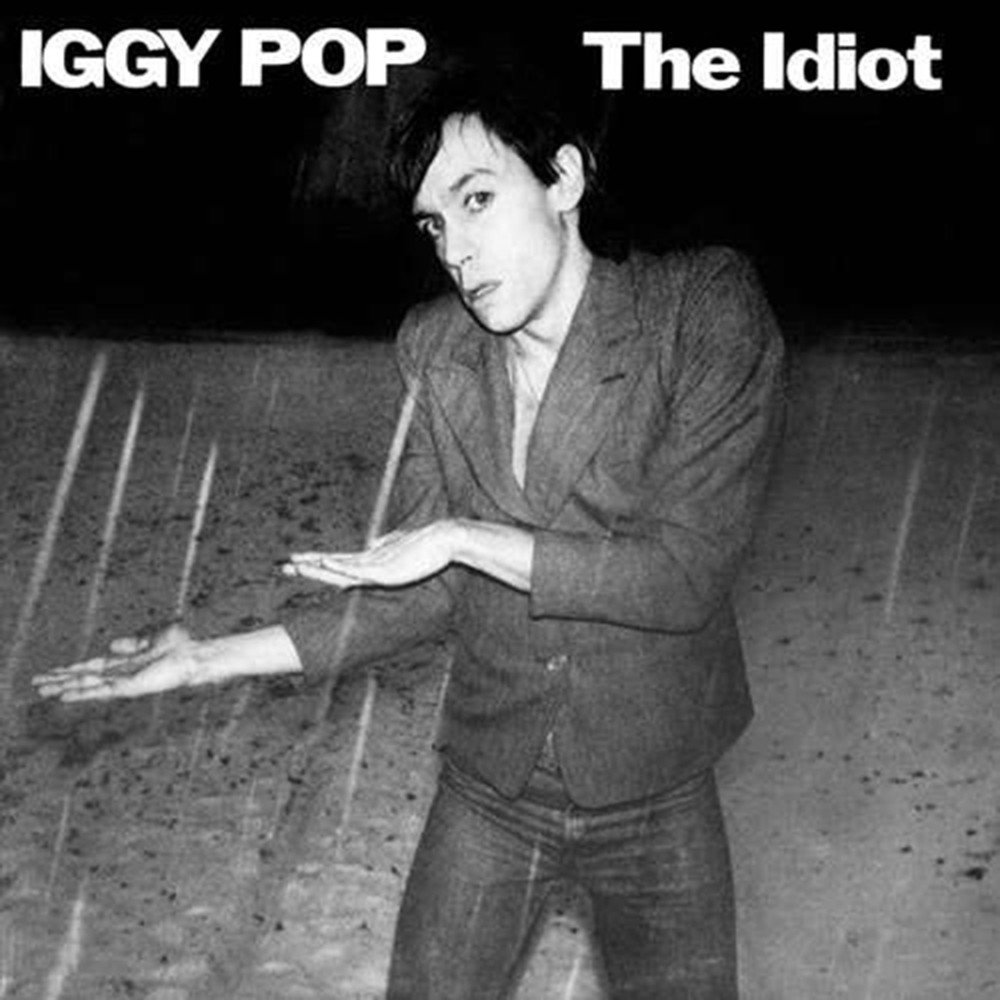 Throughout a long career that has had plenty of commercial peaks and troughs, in which he has been written off only to come back once again, Iggy Pop is arguably popular music’s greatest survivor. Falling in and out of favour with critics at various points over the decades as his music occasionally aligns with the zeitgeist, his commitment to his idiomatic style has never been in doubt in a solo discography spanning 17 albums over 40 years.

His debut solo album The Idiot, released at the point that the punk movement was exploding on both sides of the Atlantic in 1977 but which had very little in common with it musically, illustrates perfectly why Iggy has been able to outlast so many of his rivals and contemporaries.

Going in a decidedly different direction from the riotous, grungy proto-punk of his output with The Stooges, embracing introspection and self-doubt while setting his compositions to discordant, fragmented and cerebral music, The Idiot was a superb exercise in personal redemption and musical reinvention. Not only that, but it was highly influential on the post-punk, new wave and industrial movements.

In 1976, a year before it was released, Iggy Pop was famous mainly for being a dysfunctional basket-case. Following a self-imposed stay in a mental hospital, his former band The Stooges had been broken up for nearly three years and Iggy had essentially disappeared from public life, falling farther than virtually every other star of his generation. Moving to Berlin with his long-time musical ally and friend David Bowie in late 1976, he sought to resurrect his career and finally kill his drug habit with this second chance he had been offered.

But The Idiot was not just significant for Iggy, but also for Bowie, who produced the album and its much more upbeat follow-up Lust For Life later the same year. Sessions commenced just a few weeks before recording began for Low, the first instalment of Bowie’s famous ‘Berlin Trilogy’, and the stern, Teutonic influences in both albums are clear audible, with synthetic textures melding perfectly with rock instrumentation in creating a non-blues-based, distinctively European sound.

Indeed, Iggy’s backing band on The Idiot is the same one that had accompanied Bowie on 1976’s Station To Station and would do so until 1980’s Scary Monsters (And Super Creeps) – that is, Carlos Alomar on guitar, George Murray on bass and Dennis Davis on drums.

Keyboards and bass guitar featured much more prominently than on any previous Iggy Pop release, in a mechanical yet unmistakably danceable sound that Iggy described as “James Brown meets Kraftwerk”. Opening track ‘Sister Midnight’, with its ruthless, Germanic syncopation and earworm piano hook, had been written by Bowie, Iggy and guitarist Carlos Alomar and became a surprise Top 30 hit in Britain.

The depressed, stilted garage-rock of ‘Funtime’ and the jaunty, floaty rhythm of ‘Baby’ show an entirely different side to Iggy’s writing, demonstrating that he was capable of being cerebral rather than merely hedonistic. ‘China Girl’, a track that would later become a huge hit for Bowie himself when re-recorded released as a single from Let’s Dance in 1983 (and boost Iggy’s coffers…), appears here in a slightly embryonic form but is nonetheless a stand-out moment. The faintly cabaret feel of ‘Tiny Girls’ sees Iggy channel the same kind of soulful delivery that Bowie himself had long since mastered.

The stalking, menacing rhythm of ‘Nightclubbing’ is the elegantly wasted centrepiece of the record, its distinctive kick-drum sound subsequently sampled by many artists, from Nine Inch Nails (for ‘Closer’) and Oasis (‘Force Of Nature’) to Sneaker Pimps (‘Small Town Witch’), appearing in 1996’s Trainspotting. The closing ‘Mass Production’ has to be one of the downright strangest tracks to appear on a major label record around this time – the death-march of the rhythm gives way to wailing synthesisers that slip increasingly out of tune to make something mordant and discordant.

Lyrically, The Idiot seems to act as a kind of self-referential clearing house for Iggy’s regrets, remembering frequently with remorse about the excesses of his youth. The battle cry of his glory days of the Stooges had gone, replaced now with a weary baritone that perfectly matched the brooding self-reflection of the lyrics.

The excellent ‘Dum Dum Boys’ is the best example of this, a theatrical elegy to his ex-bandmates, as Iggy’s opening spoken-word part actually reflects on what his former colleagues are up to now, with the realisation that perhaps he is lucky to have another chance. In ‘Funtime’, he seems to cut cleaner figure with a couplet like: “I don’t need no heavy trips / I just do what I want to do”. ‘Tiny Girls’ begins with the words with a little window into its author’s soul: “Well the day begins / You don’t want to live / ‘Cause you can’t believe / In the one you’re with”. Not exactly the wild abandon of your average rock star.

Aside from reinventing one of the most iconic rock singers in history, The Idiot prefigured the soul of what would become known as post-punk over the next five years, influencing electronic practitioners like Gary Numan and The Human League as well as guitar-based groups like Joy Division and Siouxsie & The Banshees. Even more than 20 years later, echoes of Iggy Pop’s new style could be heard in records by The Strokes and Yeah Yeah Yeahs.

For indie anoraks, The Idiot of course has another, rather more grisly significance: it was the record that was still spinning on the turntable in Ian Curtis’ living room when he was found hanged in May 1980.

Over the years, Iggy’s fans have occasionally criticised The Idiot as being unrepresentative of his solo output and catalogue, claiming that the record’s production was a Bowie project in all but name, co-opted for his ends. Bowie himself later admitted: “Poor Jim [Osterberg, Iggy’s real name], in a way, became a guinea pig for what I wanted to do with sound. I didn’t have the material at the time, and I didn’t feel like writing at all. I felt much more like laying back and getting behind someone else’s work, so that album was opportune, creatively.”

This would be a harsh conclusion to draw, as in many ways Bowie saved Iggy Pop’s career from total obscurity. He could easily not have had any solo career at all if not for his patronage. Furthermore, Iggy himself has described The Idiot as his “freedom record”.

Four decades later and at the age of nearly 70, Iggy Pop is still able to give live performances whose enthusiasm and energy burn as brightly as they did even during the days of The Stooges. 2016 saw him work with Queens Of The Stone Age’s Joshua Homme and Arctic Monkeys’ Matt Helders to release Post Pop Depression, a lean, lithe collection that was one of the finest and most accessible records of his career.

Listen to The Idiot here via Spotify, and tell us what you think below!