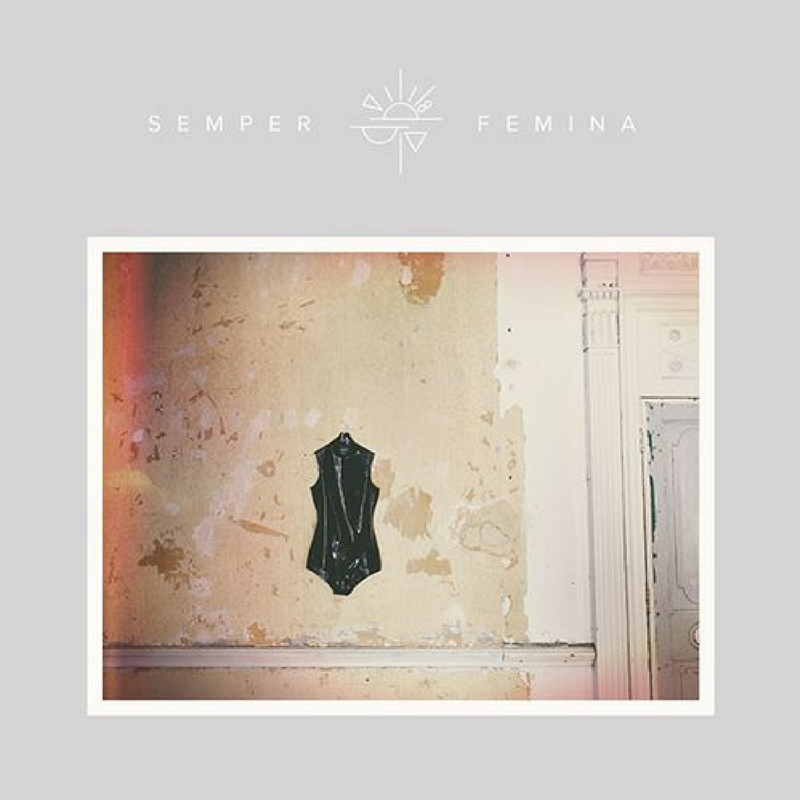 Continuing her trend of reinvention with every album, Laura Marling presents Semper Femina, an album containing some of the 27-year-old British folk singer-songwriter’s most delicate, mature and effective work to date.

On her sixth album, Marling analyses themes of identity and femininity. Since her last album Short Movie in 2015, the singer has hosted ‘Reversal of the Muse: An Exploration of Femininity in Creativity’, a podcast series featuring her conversations with women in the music industry. “I started out writing Semper Femina as if a man was writing about a woman,” she told Fader. “And then I thought it’s not a man, it’s me — I don’t need to pretend it’s a man to justify the intimacy of the way I’m looking and feeling about women.”

Opener ‘Soothing’ is one of the most fascinating and original pieces Marling has ever written. Its strength is in its delicately-embellished simplicity. The song begins with gentle percussive tapping reminiscent of Bat For Lashes’ ‘Prescilla’, before a brooding double bass slinks into view. The panoramic, airy strings and Marling’s aching falsetto on the chorus give the impression she has risen above the clouds and is seeing clearly for the first time. The aloof, voluptuous track blossoms with hypnotic strings as that tantalising plucked bass continues to pop and writhe beneath.

“I know she stayed in town last night, didn’t get in touch / I know she has my number right, she can’t face seeing us,” Marling sings on ‘The Valley’. Like on many of the album’s other tracks, she refers to women in the third person, making it feel like a study of the nature of womankind. Keening strings and gently-picked arpeggios conjure images of sunshine breaking through the rain-dappled English countryside. “Too much of love can be a sickly thing,” she continues, with a resignation and weariness to her low voice.

Easy listening isn’t really a term that could be fixed to Marling’s music, but ‘Wild Fire’ comes the closest, with soft cymbals, dreamy organ reverb, a sunny guitar lick, and a warm, harmonised chorus that recalls Rumer and Norah Jones. But the best part of the song is a delightful brush drumming effect that sounds like a horse snorting.

“Don’t be blue,” she sings in a low, confiding murmur – just several of the many ways ‘Fragility’ references Joni Mitchell. The cinematic ascending strings, reverb-laden electric guitar and suspenseful Middle Eastern-sounding diminished chords weaving in the background evoke the carefree glamour of the French Riviera in the 1960s.

‘Always This Way’ has the most “Marling” vocal hook. The groaning, woody exhalations of a double bass contrast with the palm-muted string flicking. “Lately I wonder if all my pondering has taken up too much ground” echoes the wandering, pondering Marling of ‘Sophia’, showing a singer looking back and re-evaluating her younger self. She mulls over her age (“25 years, nothing to show for it, nothing of any weight”), and wonders whether she’ll ever learn from her mistakes. “It’s too soon to say ‘was I always this way?’” she continues, clearly emerging from an identity crisis to decide that it’s time to stop apologising for gaps in her wisdom due to her age.

Much has been made of the accents on Semper Femina, from RP, to Southern US, to West Country. On ‘Wild Once’, the over pronounced T’s and clipped vowels can’t possibly be a coincidence. “I was wild once,” she sings, like an aging dowager looking back on her youth. It seems Marling is railing against her vanilla portrayal in the media and frequent mentions of her coat-of-arms-level heritage. “I might be someone’s daughter, I might be somewhat odd,” she sings. And “it’s hard if you can’t change it, it’s worse if you don’t try.” All signals point to Marling reassuring herself that she’s not the fragile aristocratic flower she’s painted as in softly-lit profiles. She is more than her inheritance.

She slips back to her American lilting for ‘Next Time’, about the breakdown of a relationship. Marling is adept at playing characters coloured with just enough of her own emotions to give them life. This song feels like one of the closest looks at Marling herself that we’ve ever been given: she has abandoned someone and is consoling herself against the guilt of hurting another.

‘Nouel’ has been given the most column space in reviews, perhaps because it’s the song Marling has discussed most, and it directly references the album title and its ambiguous Latin meaning. The phrase Semper Femina, which Marling has tattooed on her thigh, can translate to either “always a woman” or “always fickle and changeable,” a “perfect metaphor”, as Marling puts it, for her muse. “I’d do well to serve Nouel, my only guiding star,” she sings over folky ragtime guitar that sounds like it should be crackling out of some ancient record player.

Marling slips back into her trademark not-quite-spoken-word delivery for final track ‘Nothing, Not Nearly’. Over lolloping, languorous slide guitar and slack strumming, she nimbly picks her way through rapid-fire lines. The song ends on gentle lullaby guitar with Marling finally putting her instrument down and going out into the garden to listen to the birdsong. An understated, yet powerful signoff to a stunningly self-assured record. (8/10) (Lauren James)

Listen to Semper Femina here via Spotify, and tell us what you think below!