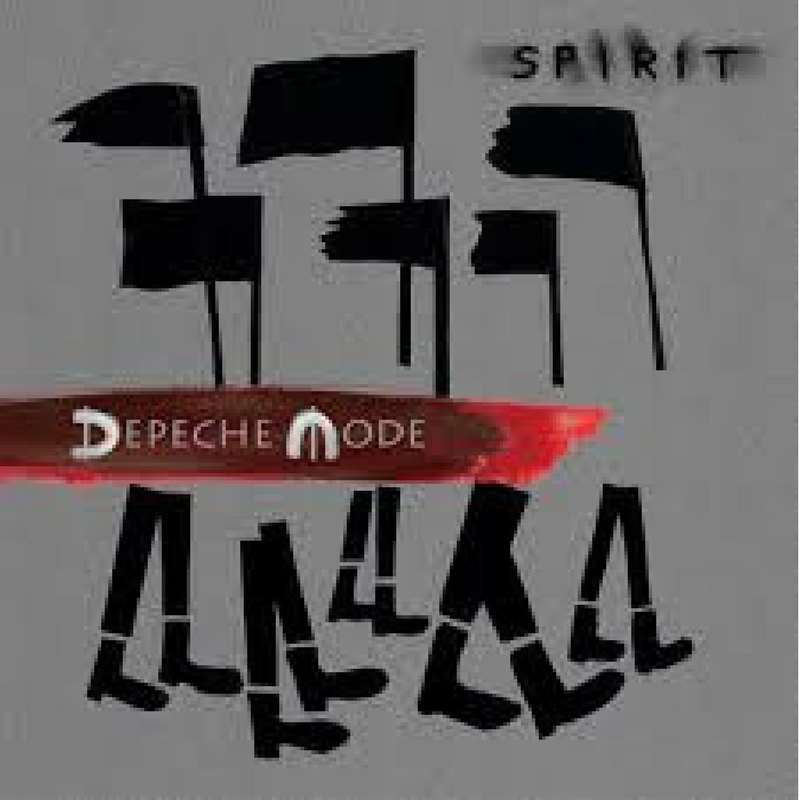 Railing against the upheaval in the world, ‘Spirit’ is Depeche Mode’s angriest and most political album yet.

When the neo-Nazi poster boy Richard Spencer (i.e. That Dickhead Who Got Punched On TV) declared synthetic masters Depeche Mode to be the ‘official band of the alt-right’ of the online sect’s movement, it was hard to think of a more blindingly obvious illustration of the old adage that even the simplest messages can be twisted to suit any agenda. Idiots will be idiots.

That wrong-headed endorsement, which Depeche Mode quickly and rightly sought to distance themselves from (singer Dave Gahan proposed that Spencer is a “cunt”), only throws the message behind their 14th studio album Spirit into starker relief. Taking on the political and social upheavals of the last two years that have culminated in the alternative facts and fake news that have studded public discourse so far in 2017, this is by a distance the angriest and most explicitly political record the group has ever made.

For nearly four decades now, Depeche Mode’s lyrical stock-in-trade has been misery and gloom, but where they have commented on the political world, it’s been fairly hard to misinterpret what they mean (‘People Are People’, ‘Master And Servant’). They’ve rarely dealt in rage, so this represents a radical change for a band that’s been stuck in its ‘one album and world tour every four years’ ways since 1993’s Songs Of Faith And Devotion.

But with producer James Ford at the controls, who simultaneously gets rid of the some of the overproduction that made 2013’s Delta Machine rather anonymous and ramps up the remaining musical elements, that lyrical anger has been shackled to an appropriate musical vehicle, and Spirit is therefore a qualified success.

Just like their last three albums, Spirit starts off with a track that sounds like an enormous old machine roaring slowly into life. ‘Going Backwards’, with a stately, steady beat and doom-laden piano, contains lyrical couplets like “we’re going backwards / ignoring the realities / we’re going backwards / are you counting all the casualties?” and sets Depeche Mode’s stall out neatly in a state-of-the-world address. The dolorous, funereal feeling of ‘The Worst Crime’ is similarly unflinching, while the barely disguised rage of ‘Scum’

Gore and Gahan’s objective with their songwriting, shifting from the personal to the political, is fulfilled in these moments. In a record full of pessimism and rallying cries, the closing ‘Fail’ is the most depressing of the lot, with lyrical fragments like “It’s too futile to even start hoping” and “Our consciences are bankrupt – we’re fucked”, and although its extreme, many of Spirit’s highlights actually work because of this kind of thing. The intriguing ‘Cover Me’ is the only piece of levity from this overcast feeling, the one ray of light breaking through the stormclouds.

There are some weak spots, however, where Spirit does fall into the obvious trap with these sorts of records, failing to convince the listener that the ageing rock star genuinely cares about the rest of humankind – also known as Accidental Bono Syndrome. ‘Poorman’ is a pretty terrible piece of songwriting by any stretch of the imagination (“Poor man still got the blues / he’s walking around in worn out shoes” comes straight out of the Noel Gallagher playbook. By being so literal, Gore’s songwriting does occasionally veer into sloganeering parody, always a danger with political music. The likes of ‘You Move’ and ‘No More (This Is The Last Time)’ are merely inert.

Strangely, for such a traditionally strong ‘singles band’, Depeche Mode’s choice for lead single is an oddly flat one in the shape of the sterile ‘Where’s The Revolution?’, which doesn’t really offer any variation on their stadium-sized template from the last few records. Not a bad track, but simply uninspired when they could have selected the Suicide-esque throbbing of ‘So Much Love’ or the Construction Time Again throwback of ‘Poison Heart’.

While Spirit can be a rather heavy and oppressive listen, with virtually no shafts of light penetrating the engulfing pessimism of Gore’s lyrics and Gahan’s laments, it is at least refreshing to know that Depeche Mode are still capable of the occasional revolution in their own thinking. As such, Spirit is the most ‘different’ Depeche Mode record since the sparking sonics of 2001’s Exciter, and one that sounds like a band with a sense of purpose rather than merely ticking the boxes. (6/10) (Ed Biggs)

Listen to Spirit here via Spotify, and tell us what you think below!