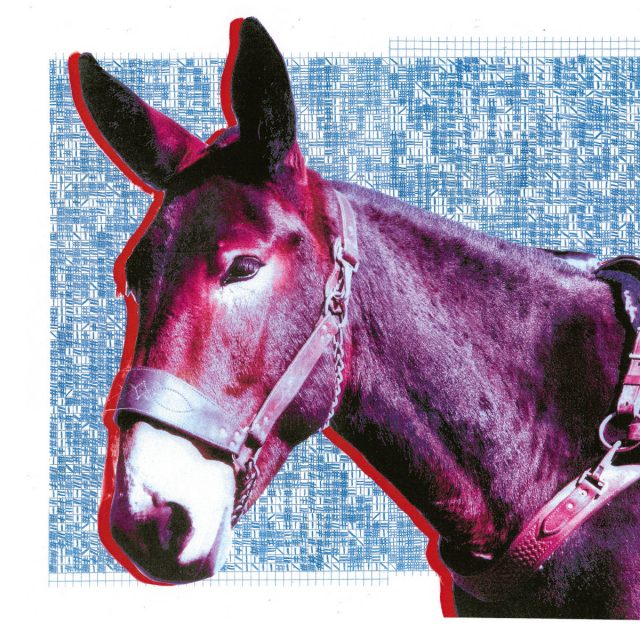 A perfect soundtrack for uncertain, anxious times as well as a finessing of their own art form, ‘Ultimate Success Today’ is Protomartyr’s best album yet.

Although it was completed at the end of last year, there’s an awful lot about Protomartyr’s fifth album Ultimate Success Today that feels eerily prescient as it emerges in the middle of 2020. As well as quasi-Biblical references to civil disorder and societal collapse, there’s a line in the savage lead single ‘Processed By The Boys’ that goes “When the ending comes is it going to run at us like a wild-eyed animal? A foreign disease washed up on the beach? A dagger plunged from out the shadows?”. It’s something of the same of kind of predictive powers that many claimed Mark E Smith had, as Alexis Petridis points out at the Guardian, but to write off Joe Casey and his bandmates as mere Fall copyists, despite their admitted similarities in sound and tone, would be a mistake. Ultimate Success Today is not only the Detroit quartet’s finest album to date in an already impressive catalogue, but it’s an utterly appropriate soundtrack to our troubled times, the sonic equivalent of a storm cloud darkening the skies over our heads.

Last year’s re-issue of their thrown-together 2012 debut No Passion All Technique ended up being instructive in just how much Protomartyr have evolved from the promising yet unoriginal post-punk they used to deal in, as the shifts from album to album have been subtle but all travelling in the same direction. Ultimate Success Today feels like the end of that journey, taking the sonic scope of 2017’s last outing Relatives In Descent and marrying it to a similarly ambitious theme. Clearly inspired by the illusory nature of Western economic systems and issues of state violence and police brutality that have since seen people take to the streets in such huge numbers in recent weeks, it’s a slate-grey expression of collective grief and frustration.

Signalled by the sleek hi-hat figure and dark krautrock rhythm of opening track ‘Day Without End’, a song that slowly, relentlessly builds and then ends instead of exploding, Ultimate Success Today is a masterclass in texture and dynamics. It’s an approach equally influenced by indie-rock and post-punk – the likes of ‘The Aphorist’ and ‘I Am You Now’ are driven by Alex Leonard’s intricate, industrious lead drumming, while the rattling assault of ‘Michigan Hammers’ is the moment that most obviously recalls classic Fall. Half Waif’s Nandi Rose provides a beautiful counterpoint to Casey’s despondent urgency on ‘June 21’, a levity to the stony cynicism elsewhere on tracks like ‘Modern Business Hymns’.

Stunning closing track ‘Worm In Heaven’ is the most crushing moment in Protomartyr’s entire catalogue thus far, sucking all hope from the listener at the end of a remorseless sequence with few moments of anything approaching levity. “Remember me, how I lived / I was frightened, always frightened,” Casey mutters as he fades out of the mix. However, the album is clinical and economical in its execution, cramming ten songs into just over 40 minutes, meaning the attention very rarely wanders away.

The loud, grainy production, although more open and less claustrophobic than its predecessors largely down to being recorded in a disused church, works in reinforcing that overarching mood. 2018’s Consolation EP, which saw Protomartyr explore orchestral elements, has served as a bridge for Ultimate Success Today, on which woodwind instruments complement and haunt many of the productions, most notably the saxophone figure that hangs over the beautiful ‘Tranquilizer’.

The star of Ultimate Success Today, however, is Joe Casey’s cryptic and dense lyrics. The constant blur of bizarre yet sinister imagery and juxtapositions of non-sequiturs delivered in his speak-sung baritone cut through the barrage of punk noise, perfecting Protomartyr’s long-standing themes of reflecting on personal disappointments and failures in the context of life under late-stage capitalism. “Everybody knows / We’re holding on to little dreams / To drive our bodies down the line / Until there’s nothing left” goes ‘Bridge & Crown’, for instance, Casey channelling an inner Ian Curtis. More humorous and scathing are lines such as “Fill out the form, download the app / Submit your face into the scanner / Everybody’s hunted with a smile / Being processed by the boys” on the aforementioned ‘Processed By The Boys’.

Looked at in terms of its individual elements, aspects and performances, there’s everything to admire about Ultimate Success Today, but taken as a whole it’s also immensely enjoyable, the sense of painstaking detail and ambition never allowed to subsume the album as a listening experience. With it, Protomartyr ought to finally get the wider recognition they deserve as one of the finest indie bands currently in existence. (9/10) (Ed Biggs)

Listen to Ultimate Success Today by Protomartyr here via Spotify, and tell us what you think below!