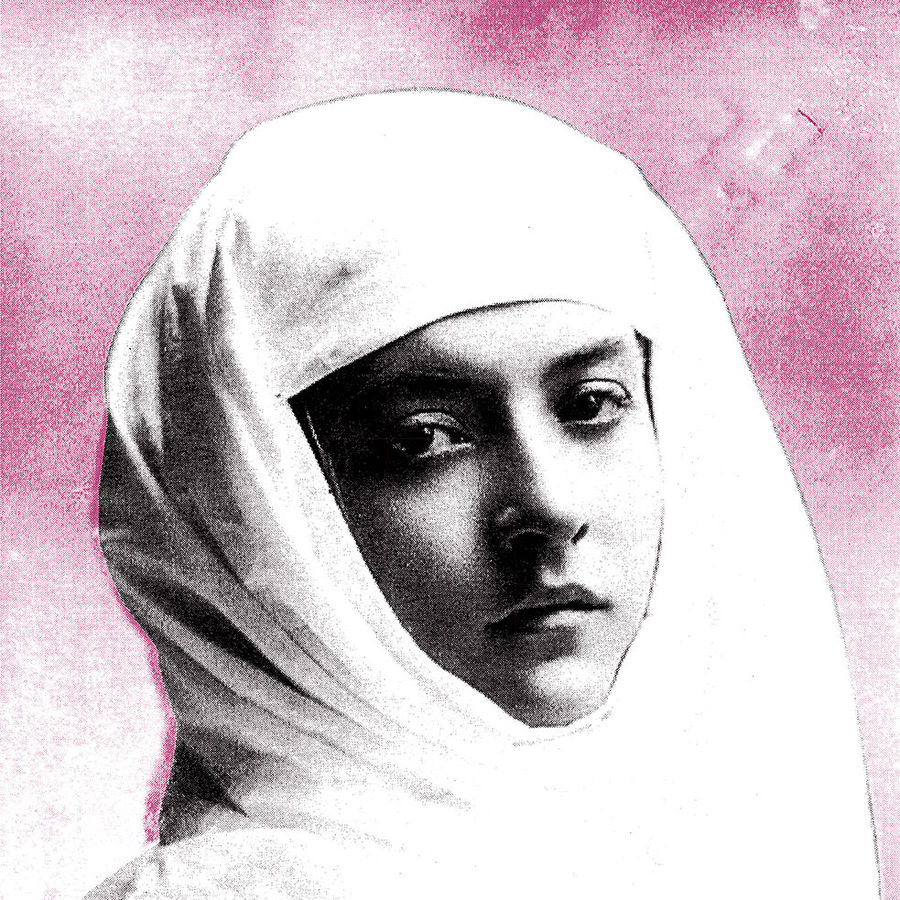 Protomartyr successfully make the leap to the prestigious Domino Records with a punky and ferociously intelligent fourth album ‘Relatives In Descent’.

With the first gummy drum punches of ‘A Private Understanding’, the a-typical looking Detroit band Protomartyr bring their fourth album Relatives In Descent forward for us to sink our teeth into, inviting us to question the nature of truth.

At first glance, Protomartyr resembles three shabby middle-school guitar teachers posing alongside somebody’s recently divorced dad. There’s a whole Tumblr page ridden with attempts to capture Protomartyr’s outer aesthetic, ranging from humorous to downright insulting, but one thing is clear: the low-key visuals of the band are just background for their gripping, hollow and sometimes even sinister sound.

The twelve-track Relatives In Descent, while surprisingly melodic and even sometimes groovy, still has the old audial violence that Protomartyr became known for: the fizzing, growling guitars setting the mood to Casey’s chewed-out lyrics are still there, but a lighter, snappier slick barges into the used to be murky soundscape. Lyrically, Joe Casey persists on lamenting about Western society, but Relatives In Descent also seems to seep into hazier territory, as if reality itself is seen through a fun-house mirror.

In an interview with the 405, Joe Casey mentions that he always dreads getting political questions about the band’s material as most of their earlier works threw metaphorical rocks at the American government, resulting in Protomartyr being viewed as an “anti-Trump band” that makes very politically charged albums and Relatives In Descent is no exception. In the age of fake news, the question of whether somebody can really know The Truth is being raised throughout the record in tracks like ‘Caitriona’, ‘Windsor Hum’ and especially ‘A Private Understanding’. With the first lines of the track: “Not by my own hand / Automatic writing by phantom limb / Not with my own voice / pleurisy made to stand on two legs”, Joe Casey takes upon the form of an untrusted narrator, de-personalising, putting everything said on the album up for doubt.

The album opener is dense with politic and cultural American imagery including the Flint water crisis and fake news in the form of “vile trumpets” with a smidge of Biblical infinite wrath. It also touches on a bit of Elvis’ enlightenment (Stalin makes a brief appearance) while the vague figure of ‘her’ is trying to reach you, and continues doing so until the very end of the album with the closing track ‘Half-Sister’.

The literary and cultural references in Relatives In Descent are a real mouthful. This seems like a very intentional way to make a so-called conceptual album, where all tracks tie into each other, but Casey denies that, stating that “I wanted to emphasise that this isn’t a concept album, because I picture a concept album as you’re trying to write to fit a theme, but it really wasn’t until we recorded stuff and looked back and tried to figure out the overarching themes.”. Therefore Protomartyr do not intend for die-hard fans to try and put the album’s puzzle pieces into a harmonious bigger picture to decipher what sludge the band are trying to throw at them to raise awareness on our human day-to-day misery (‘The Chuckler’ and ‘Windsor Hum’) because there is simply no such thing.

Repetition of “She’s just trying to reach you” and the seemingly seamless, satisfying three-track audio melt (consisting of ‘Night-Blooming Cereus’, ‘Male Plague’ and ‘Corpses In Regalia’) were just due to the nature of Protomartyr’s writing process (check this out as well). It seems to be almost accidental, like a collaborative quilt blanket where, firstly, the band compose musical patches after which Joe Casey comes up with guttural sentences to sew it all together. It would seem that the anxious instrumental of ‘Up The Tower’ was created to accommodate the theme of morbid feverish dreams, but the truth is opposite – apparently Joe Casey is just really good at visualizing sound and manages to trick the listener in swallowing Protomartyr songs as a whole.

Following the themes of unborn children and violent hums tormenting entire cities, the sound of Relatives In Descent pulls and pushes the listener around different moods by simply featuring musical material that balances out the looming, narrator-like vocal delivery. The way Casey chews out phrase after phrase (‘Here’s A Thing’) is lightened by runny drums and groove-like bass, while the guitar arrangements of Greg Ahee shine through the whole album, becoming front-line players in the melody, as if equal to the vocals on tracks like ‘My Children’ and ‘Windsor Hum’, maintaining the growliness of previous Protomartyr albums like The Agent Intellect as well as becoming more playful and dream-like. Joy Division definitely springs up in mind as a could-be inspiration for this album, but the band reference The Fall’s later works and The Raincoat’s Odyshape as main sources which may raise some eyebrows.

This album definitely requires more than one listen to work through all of the heavy contextual lyrics, crammed into little more than 43 minutes. Apart from the basic sounding ‘Don’t Go To Anacita’, Relatives In Descent is not an easy route to quick infatuation with Protomartyr. In fact, the album slightly resembles an undercooked steak that you really need to gnaw your teeth at to be able to swallow it with its numerous, sometimes random political and literate references. But for fans of clever gritty albums that transform with time, Relatives In Descent is solid and worthy of six or even more listens, lodging a notable place in Protomartyr’s discography. (8/10) (Aiste Samuchovaite)

Listen to Relatives In Descent by Protomartyr here via Spotify, and tell us what you think below!