IN CONVERSATION WITH: Kiran Leonard 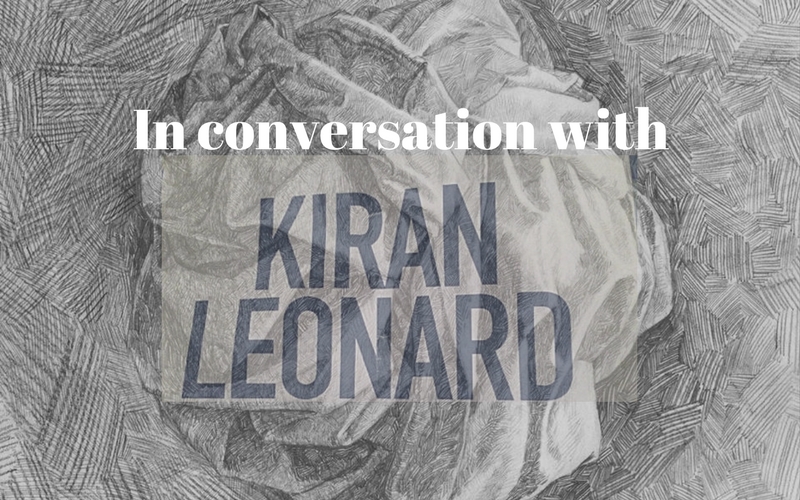 Listing all of the accomplishments of Kiran Leonard is a daunting task for anyone. BBC Radio 6Music favourite at 15; played all 22 instruments on debut record Bowler Hat Soup at 16; made the wonderfully avant-garde prog-rock of Grapefruit at 20; produced work for Manchester International Festival at 21; and releasing 16 other projects in between. Oh, and the piffling matter of doing most of this while studying Portuguese and Spanish Literature at Oxford University.

Now aged 22, Saddleworth-born Leonard has released his third full-length record in the form of Derevaun Seraun, a superb five-track LP for strings, voice and piano initially commissioned by Everything Everything for the reopening of Manchester Library in 2014. It may seem as a surprise to anyone on the outside looking in that a 21-year-old would devote such a length of time to celebrate an art form not oft-celebrated in the age of the internet and screens galore, but to those who have followed Leonard’s journey, this is just the latest tale in a storied and varied discography.

“These are five books which resonated with the theme of the record, what I wanted to do was write a piece which dealt with the enjoyment of and the instinctive pleasure of reading, the same with any form of art.”

That’s not to say to that Leonard, beclad in a dark blue T-shirt with holes in the neckline and skinny jeans with a pair of brown boots, isn’t self-aware of the perception around books and what people may infer from this.

“I think musicians have to be careful when they talk about books because they aren’t usually good at it; they usually do it in a pretentious, very informative way and that’s the kind of the way a lot of pseuds like to talk about books. They like to talk in this very academic way that I think most people don’t relate to. I think a library is an absolute embodiment of that; it’s something instinctive, it’s a way to get away from a culture which is quite classist for one and doesn’t always get to the bottom of why books are a good thing,” says a contemplative Leonard. 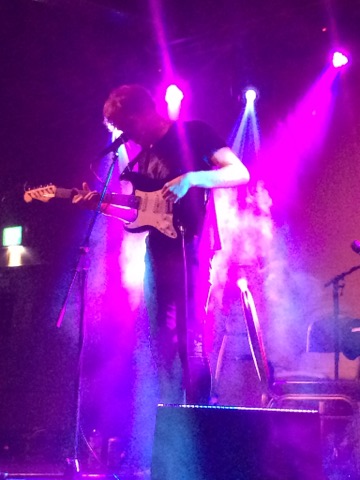 One clear influence on the record is James Joyce, though again Leonard is keen to simplify the work of the notoriously impenetrable Irish author, whose short story ‘Eveline’ (from which Derevaun Seraun gets its ambiguous name), about a depressed teen who dreams of leaving home, before falling for a travelling sea worker who agrees to sail her away to Buenos Aries, before she finally chooses to stay with her abusive family after being reminded of the parting words of her dead mother.

“James Joyce is a good example, the first piece is about him [‘Could She Still Draw Back?’], and obviously the popular perception is ‘ooh it’s fucking James Joyce, you’ve got to really work to understand him’, and it’s true to an extent – but that’s not why he’s good.

“The way people talk about him is basically he’s really fucking hard and you’ll sound really fucking smart if you’ve read him – but the reason he’s good is because he is good at communicating sentiments and experiences in a way that resonate, in a way that is instinctive.”

Still, for all the criticisms of the academic approach to writing and the desire for a personal pleasure, Kiran Leonard does admit there is a need for it, even if it is a strange balance with music: “It does offer a lot of help and can amplify your ability to get things instinctively… but I don’t think that it’s an end in itself. There is such a big separation that people make when they talk about books that I don’t think exists in music much. But suddenly the whole atmosphere changes when you talk about books. If someone speaks about The Beatles in the same way they talk about Camus you just sound mental, you sound ridiculous, but ultimately it’s the same.”

Derevaun Seraun, did represent a change in Leonard’s way of writing and communicating process as he moved away from the usual sprawling epics that had preceded it into something different entirely. With Leonard admitting that when he wrote and performed the tracks he had to “concentrate” more than usual.

“It was nice to work under a ‘constraint’, I mean, there wasn’t a stylistic constraint, there was a barely a thematic one, it was just ‘write something for a library’. So I guess the restraint was write something about books. That was an interesting aspect, having an endpoint at the start – but that’s how I like to write, I would struggle if it were an entire free-for-all.”

An entire free-for-all, could be used to describe the more abstract moments of Bowler Hat Soup and Grapefruit, but there was always a clear artistic vision for the Mancunian.

“On Grapefruit, I knew I wanted to have a short track, then a long one, then a short, then a short one that was quiet. I knew that I wanted general shapes, both dynamic and in terms of lengths. The main difference is this was written as a piece, and it is meant to be played together,” describes Leonard.

Written initially at 18, the record represented something of a learning experience for Leonard, a musician used to recording in his bedroom. He states: “I learnt how to write strings better, it was a nice collaborative process, at the time I recorded exclusively on my own so it was good being in a group because I was having to be precise with the words I used, and all the songs needed to have a point.

“A lot of the older songs of mine, I just had a general tendency to write things which sound alright, but don’t have much interest or meaning. I would say a lot of Grapefruit is in that gibberish category, so Derevaun Seraun will be a good stepping stone between Grapefruit and what will be my next record,” explains a calm Leonard.

Though the record clocks in at the 35-minute mark, Derevaun Seraun is something which Leonard is quick to say is not the follow-up to 2016’s Grapefruit preferring to call it “just a piece, an isolated thing”.  Leonard does indeed confirm that the follow-up is finished however and can be penciled in for 2018: “it’s called Western Cultures, it will be out next summer, it’s all written, it’s completed, [it] just needs mixing”.

While some would balk at the idea of releasing at such a prolific rate, for Leonard, it is just a natural process, much like it is for any other artist. “I like to do things more spontaneously; it’s not like every record I make takes 18 months to write and record, like a Grapefruit. I like to do random, broader things and it seems appropriate to put it out.

“I do take two or three years to record something, it just so happens I was doing something besides it, and I think most musicians work that way –  I just release more of it,” smiles Leonard. “You hear stories where a band wrote 75 songs for a new album and narrowed it down to like 10 and I’m just like ‘what the fuck!’. I very rarely pursue a song until I’ve finished it and then don’t release it. I either fucking give up or put it out – maybe I just have lower quality control…?”

Listen to Derevaun Serevaun, the latest album from Kiran Leonard, here via Spotify. Check out his Bandcamp and find out where you can see him play live next.