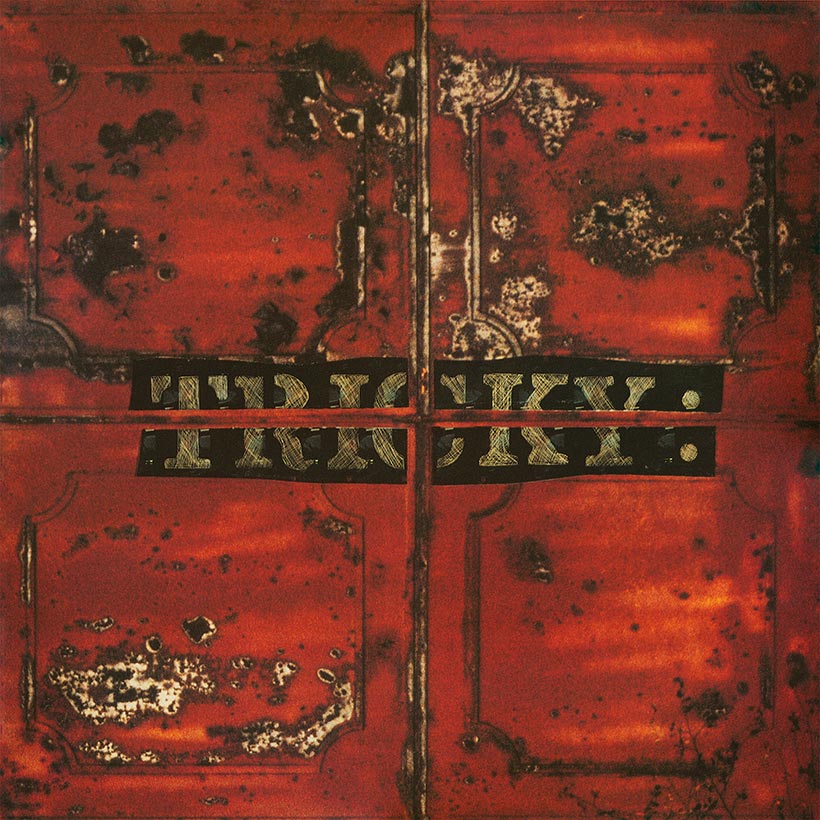 Subsequent decades of records ranging from patience-testingly difficult to merely indifferent have blighted the reputation of Bristolian hip-hop auteur Tricky to the point that it’s now very hard to remember, let alone communicate, just how exciting the prospect of his debut solo album Maxinquaye was back in 1995. He fell out of fashion very quickly, and from such a position of prominence and admiration, possibly because of a combination of his unbending artistic integrity, which some would characterise as bloody-mindedness, starting from 1996’s startling Pre Millennium Tension onwards and the changing zeitgeist of British pop away from cutting-edge trip-hop to the dull nostalgia of Britpop, that broadly explain Tricky’s fall from grace.

Even when Maxinquaye itself was released, it stood out like a sore thumb in the creative wasteland dominated by prime-time Oasis. In another reality, he might have been a great well-spring of inspiration that went on to influence the mainstream. Instead, the albumremains a largely unexplored avenue of creativity and forward-thinking, and its creator branded as difficult and curmudgeonly.

Real name Adrian Thaws, Tricky was born and raised in the economically deprived Knowle West area of Bristol. His childhood was beset with struggle and tragedy, his father abandoning the family before he was born, and his mother Maxine Quaye (after whom his debut was named) died when he was just four years old. Raised by his grandmother, he eventually fell in with the city’s Wild Bunch sound system collective, becoming part of the Fresh 4, a rap group assembled from its members and who bestowed his nickname ‘Tricky Kid’. He also rapped on three tracks from Massive Attack’s seminal 1991 debut album, Blue Lines. However, growing frustrated with what he felt was a bit-part role in the group as time went on, only getting two spots on 1994’s Protection, he began to strike out on his own, recording demos with producer Mark Saunders and his close friend, singer Martina Topley-Bird.

Taking cues from hip-hop aesthetics by reconstructing and recontextualising musical snippets of a whole galaxy of black music from rap to reggae and soul, Maxinquaye sounded like very little else. Even given the profile of ‘trip-hop’ in the early Nineties based, spearheaded by fellow Bristolians Massive Attack and Portishead, Tricky’s musical universe only sounded tangentially related. Saunders, who had previously worked with huge names such as Bowie and Depeche Mode, taught his charge how to use dub production techniques and to alter samples. Together, they crafted a groove-oriented and low-tempo sound, one which encompassed elements from hip-hop, soul, rock, ambient, reggae and experimental music and brought them under one roof, ramping up the claustrophobia and menace.

It was the sound of one man building a fortress around his mind against an outside world in which there’s preciously little to trust or believe in. The album’s title, Maxinquaye, is important in unlocking the importance of this, as his mother’s death seems to be the trauma from which everything on the album runs. As the writer Simon Reynolds put it in 2013, “it’s this primal wound that makes him an aerial tuned to the frequencies of anguish and dead emanating from the [drug] culture. Hollowlands, stranded limbos, aftermath zones, desert shores: Tricky’s songs are the mindscapes of a generation that has lost the capacity to dream of ‘a better place’.”

Maxinquaye’s songs often touch on broad themes of cultural and societal decline, but its finest moments essay internal fears and paranoia, focusing specifically on things like dysfunctional sexual relationships, fear of intimacy, and addiction. In terms of vocal duties, Tricky’s muttered rapping, distinctive in its Bristolian burr, shares the limelight with Martina Topley-Bird’s honeyed yet smokey singing which lends greater perspective to his dark and introspective lyrics. Sparking off each other with effortless chemistry (they were in a relationship at the time), their overlapping flows are less like a dialogue and more like listening to two, intertwined halves of the same conflicted consciousness on tracks like ‘Aftermath’ and ‘Ponderosa’. Indeed, the marketing for Maxinquaye seemed to play this up, Tricky and Topley-Bird often purposefully wearing androgynous clothing, with one promotional shot featuring them as a newly married couple, but with Topley-Bird as the groom. Their bizarre but absolutely genuine chemistry provided the human heartbeat at the music’s shielded centre.

Just like its lyrics, where whispered intimacies or promises are suddenly interrupted by threats and confessions, Maxinquaye’s music also collides beauty with violence, its creator finding light in the darkness, and vice versa. Tracks like ‘Overcome’ – a re-make of Tricky’s contribution to Massive Attack’s Protection, originally released as ‘Karmacoma’ -and ‘Pumpkin’, featuring the breathy vocals of a certain Alison Goldfrapp, existed on the borders between two opposite states, their strength and appeal based on their emotional ambiguity. Other moments were more monolithic in their outlook – the slate-grey, clanking beats of ‘Strugglin’’ and ‘Aftermath’, two of the Maxinquaye’s most ghoulish centerpieces,were almost suffocating in their bleakness. A particular moment of ingenuity came with the cover of Public Enemy’s ‘Black Steel In The Hour Of Chaos’, which channelled the original’s insurrectionary spirit but took it in a totally different direction, played with a punk-rock tempo but with a huge, incongruous injection of soul in the form of Topley-Bird’s vocals, propelled along with a looped sample of an Indian drum.

The list of samples, ranging from the use of Isaac Hayes’ ‘Ike’s Rap II’ on the crackling nightmare ‘Hell Is Round The Corner’ (the same string sample Portishead used on ‘Glory Box’) to the leaden riffs of Smashing Pumpkins to snatches of Shakespear’s Sister, is similarly impressive, and all used with originality and ingenuity to reinforce the mood at any given time. On ‘Brand New You’re Retro’ alone, the retro, funky turntablism takes in Michael Jackson’s ‘Bad’ and The Soul Survivors’ ‘Expressway To Your Heart’. The griminess of ‘Aftermath’ – particularly in its 1993 indie-release form, shorter and punchier than the paranoia of the version on the album – features a snippet of dialogue from Blade Runner, appropriately mirroring that film’s half-broken dystopia. It all makes for a head-spinning and intoxicating experience, and one that can be revisited almost endlessly, rewarding both deep attention and casual airings.

There were specks of light in Tricky’s overcast, blinds-drawn netherworld. The unspeakably beautiful closer ‘Feed Me’ represents a moment of slight optimism despite its downbeat, comparatively straightforward tempo, while the gorgeous, cinematic strings of the watery ‘Suffocated Love’ counteracted its message of male submission and dread of intimacy. But these moments are few and far between in an atmosphere that’s basically oppressively beautiful, evocative of run-down estates, grey skies, wet pavements and Tricky’s pent-up frustration in trying to navigate his way through this world.

So, while his subsequent career arc and output has represented one long ‘what if’ question, Maxinquaye remains a true cult classic of the Nineties. It sold over 100,000 copies in its first few months on release, reaching no.3 in the UK, and selling over half a million copies in Britain to date. Nominated for the 1995 Mercury Prize, it lost out narrowly to Portishead’s Dummy in a strong field that also included Leftfield, Elastic and PJ Harvey.While it may not have eventually succeeded in making British rap a viable proposition at the time – the mainstream, sadly, wouldn’t be ready for such a thing for another half a decade at least – Maxinquaye is at least one of the most unique and intriguing debut albums of the Nineties. It’s also one of the most influential: you can hear traces of Tricky’s musical vision in artists from Roots Manuva to Gorillaz. 25 years later, it still bears revisiting, easily retaining its mysterious power and relevance by existing outside of time and trends.

Listen to Maxinquaye by Tricky here via Spotify, and tell us what you think below!