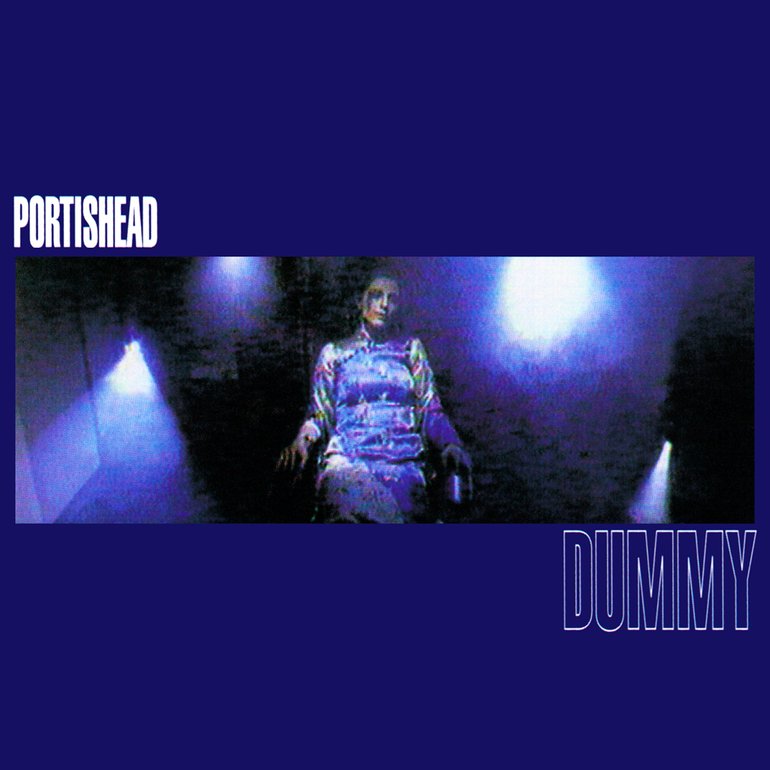 Of all of the new genres that Britain threw up during the Nineties, trip-hop was the most quintessentially British sound of them all. Skewed beats sampled from old soul and hip-hop records and manipulated in the production suite, chilled cinematic atmospheres and smoky, typically female vocals were its chief characteristics, and ones that have gone on to inform and influence three decades’ worth of subsequent British dance music as it has evolved. Portishead, a three-piece consisting of producers and instrumentalists Geoff Barrow and Adrian Utley and fronted by singer and songwriter Beth Gibbons, did not invent trip-hop, but their 1994 debut album Dummy came to define it completely.

While they were initially rooted in the same Bristol-based scene that spawned the likes of Massive Attack and Tricky, Portishead – named after the coastal town in Somerset from which Barrow hailed – chose a slightly different path to their ideological allies. For a start, they always were determined to do things differently, exploring a variety of media rather than music in isolation. Soundtracking a short film of their own creation, a spy movie titled To Kill A Dead Man concerning an assassination and its aftermath, the group earned their record contract with London-based Go! Beat. Prior to Dummy’s release in August 1994, Portishead weren’t really a conventional band at all. They had never even performed live, and didn’t until the album began selling in serious quantities, which surprised the band more than anyone.

The disjointed breakbeats that had always characterised trip-hop were all present and correct, but were skilfully overlaid on Dummy by all manner of foreign elements, such as languid jazz, live strings, tape loops, movie soundtrack samples and the revived art of record-scratching, by producers Barrow and Utley to create a series of dark, flickering and deeply alluring soundscapes. Its similarities with the likes of Blue Lines were superficial, but beneath the surface, all of the things that are enduringly appealing about it are specific to them alone – the hum of vintage instruments, the obsessions with turntablism and hip-hop, and the unmistakably filmic atmospheres they generated. The spine-tingling ‘Sour Times’ was like the soundtrack to a formal cocktail party on a Cold War spy movie set, for instance, its samples taken from Lalo Schifrin’s metallic, rattling score to Mission: Impossible. Then there’s the spooky theremins that accompany the rumble of opener ‘Mysterons’, an instrument closely associated with horror B-movies of yesteryear.

In short, Dummy couldn’t be so easily dismissed as ‘dinner party music’ as quite a lot of trip-hop tended to be – unless it was a dinner party at Robert Smith’s house. It was dank, atmospheric, monochrome and unmistakably British in its disposition, reflecting the environment in which it was recorded – a country beset by economic inequality but which had triggered the growth of several creative scenes in inner cities, including Bristol in which Portishead lived.

Barrow’s stylish, quickfire turntable skills offset the uniformly downbeat tempos of the album throughout, giving Dummy a singular, all-encompassing mood throughout its 50 minutes as well as consistently providing a contrast in dynamics. However, it was the dessicated, hollowed-out vocals of Beth Gibbons that stalked these tracks, hanging over them like a spectre, that were the flourishes that made Dummy spectacular. It turned impressive but functional instrumental mood pieces into living, enduring songs. On paper, her lyrics appear to be in the classic confessional singer-songwriter mode, largely dealing in heartbreak, abandonment, grief and miscellaneous sadness. But on record, Gibbons’ cracked delivery transformed them into unforgettably haunting torch ballads.

The moody, cinematic ‘Wandering Star’ is perhaps the most representative of the template that Portishead lay down on Dummy – nodding, downtempo hip-hop grooves and breakbeats, and gothic, keening vocals. “The time that I will suffer less / Is when I never have to wake” is an example of Gibbons’ lyrics, singing them as though she’s a lamenting ghost haunting an old record player. The sombre, midnight ambience of the intro to ‘Roads’ gives way to something utterly beautiful, the string-swept peaks carrying along the track as Gibbons sounds absolutely poleaxed with grief. The lugubrious, ultra-slowed-down Johnnie Ray sample in ‘Biscuit’ repurposes a bubble-gum pop hit for a graveyard lament; the mellifluous dub and keyboards of ‘It Could Be Sweet’ rubs up against the head-nodding, clanking groove of ‘Strangers’. Each track is distinct from the others on the tracklisting, but they’re all unmistakably of a piece with each other, clearly belonging on the same record.

Then there’s ‘Glory Box’, the single that launched Portishead into the Top 20 for the first time when released as a single at the beginning of 1995, and which remains probably their most famous track. Lifting its strings from Isaac Hayes and a bassline from much-sampled Wallace Collection track ‘Daydream’, its seductive qualities were magnified by a brilliant vocal display. Coolly delivering lyrics like “Gonna give my heart away / Leave it to the other girls to play”, Gibbons is at once desolate and pleading, yet there’s an undercurrent of sexual energy yearning to be set free (“give me a reason to be a woman”) that gives it a crackling tension.

Deservedly pipping the likes of Definitely Maybe to the 1995 Mercury Music Prize, Dummy was a musical hybrid that broke new ground, immediately appealing to every music fan with taste. With its mixture of classic and cutting edge, looking to revive old techniques to make a new musical template, it embraced both musicianship and technology to forge a different kind of virtuosity in pop music. To date, it has sold just under a million copies in Britain, with over 3.5 million units shifted worldwide, and influenced artists as diverse as Ian Brown, Four Tet and The xx, all seeking to generate the same sense of mysterious space and economy in their music.

Portishead themselves have had a strange career trajectory since. Dummy’s success spawned a clamour for a follow-up, leading to 1997’s sophomore album Portishead, which, while satisfying and producing a trio of sumptuous Top 40 hits in ‘All Mine’, ‘Over’ and ‘Only You’, essentially repackaged the same tricks from Dummy. The following year’s orchestral live album Roseland NYC Livedemonstrated how versatile these compositions could be, but 1999 brought about a lengthy period of silence followed in which Barrow and Gibbons pursued solo careers. Eventually resurfacing in late 2007 by curating that year’s All Tomorrow’s Parties festival, the perfunctorily titled Third emerged in mid-2008, massively expanding Portishead’s sound as registering as the second masterpiece of their career.

Listen to Dummy by Portishead here via Spotify, and tell us what you think below!